Starting on Canvas with a syllabus???

Hi everyone....so grateful to be a part of this group.  My district just selected Canvas and we've completed several of the Quick Start videos.  WOW...so much to learn.

Here's my question.  I've never had a syllabus in the formal sense before.  I know the general units and a broad outline of what I do in each unit.  But no syllabus.  I would have all the unit names but only the first 8 weeks of school planned down to the fine detail of readings, assignments, tests, etc etc etc.  The rest is in old plan books that I review as i get ready to start each new unit.

I read you can upload a document (which I don't have) or you can build it???? in the syllabus function.

Thank you in advance.  I really appreciate your help.

This is year 4 for us on Canvas.  I have found that for our junior high (which for us is grade 7 and 8), tend to have a simple homepage with basic contact info and conference times and have the students navigate through their course with modules.  So each unit would be a module.  I have a few high school teachers that use the syllabus as a home page but very few.  The way the syllabus works is you control the text and the top and then the bottom is an assignment list that gets created automatically but is in chronological order.  Later in the semester, that means students have to scroll way down.  Our students generally prefer using their calendar than using the syllabus. 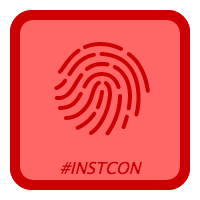 Welcome  to Canvas and the Canvas Community!

I guess how to use the syllabus feature in Canvas is a good start, so you will find the resources here to be helpful:

None of that is going to help you much if you are not already familiar with what constitutes a syllabus. The resources below might prove very useful:

I teach 7th-12th grade math classes, and I organize my classes around the Modules view rather than the Syllabus. (I "hid" everything but Home, Modules, Grades, and Announcements in my sidebar, so students don't even see that the class HAS a "syllabus" since they aren't used to having them in our school. I have a separate Page titled "Course Expectations" that covers the "rules" side of a syllabus.)

I organize each week into its own Module, so students know where to look for the current week's activities and assignments. I don't generally show all future weeks, although I'll sometimes show a few weeks in advance. (It depends on the course - I teach 6 different classes.) I start my planning by making a special course called my "weeks shell" each term that contains nothing but appropriately-titled empty modules ("Week 1", "Week 2",...,"Finals Week"). I then share that course to my local commons and import it into each new course I'm teaching. I make sure all of the unfinished Modules for future weeks are unpublished, and don't publish them until I feel like I've gotten them polished up and ready to go (and want students to be able to work ahead that far). (I also have a "Course Information" Module at the top before the Weeks Modules where things like my Course Expectations, list of Course Standards, and assorted tutorials live.)

Unless you have a school policy that says you have to have the whole term planned in advance and that information distributed to students on the first day, for 8th grade I recommend just telling students that you will let them know what is going on week-by-week (or unit-by-unit, or whatever format you are used to using) as the term progresses, then explain how they can tell where they are supposed to be and what they are supposed to do. When teaching in a building in my pre-Canvas days, I never attempted to give students specifics (down to the level of which specific homework problems would be assigned) more than a week at a time. I teach online mostly the same way, which works in my particular online school because we hold students to a specific school calendar rather than self-paced.

I've been teaching over a decade now, and in that time I've had exactly one 8th grader who, if given a detailed list of what will need to be done by the end of the year, would simply sit down and get done with it all by the end of the first semester as long as I left him alone with a complete list for the year (my class actually was set up that way that year, and so I let him work on the next class in the spring instead). The rest of them need regular check-ins and guidance anyway, so limiting how much of the course they see at the beginning can be part of helping them focus and not feel overwhelmed.

I guess I always saw it as in college, I needed to see the syllabus during add/drop so I could decide if I needed to drop the class based on the expected workload. 8th graders don't generally have that option, so what they need at the start of the class is a clear explanation of the rules and procedures, and then regular updates on their next set of tasks and deadlines as the year goes on.

Oh, and we all use a school-wide template of a Pages page for our course homepages. It has our photos, office hours, contact information, and then links things like the Modules page. I tweaked mine to have tables that listed all of the Work Weeks with links to those Modules and called out which weeks would have the most important tests throughout the term. While I'm not totally satisfied with our school-wide template (I feel the buttons are not a great idea and they should just use the Canvas nav options instead since most of them just link to things in the Canvas nav menu anyway), I've included a screenshot anyway so you can see what we use (not shown: grayed-out tables like the one for Quarter 4 for the previous quarters, which are below Quarter 4 on this screenshot):

We are starting our second year with Canvas in 4-12. We found the Syllabus feature in Canvas did not fit as well as we planned. My January the list of assignments, auto included in the Canvas Syllabus feature, is way too long.

We now use Pages as our home page option for courses. This allows the instructor more flexibility. It can be changed frequently to highlight information as needed. We do post a course syllabus. If you create a Page and called it Syllabus then you can add content as often as you would like as you develop your units. Provide a link from the landing page to your Page called Syllabus for easy access. We use Modules for our unit organization.

In our K-12 district, we have made a number of template home pages for our teachers (see image below). The syllabus can indeed be clunky especially if teachers fill out a number of events / assignments in the calendar (even when using the "Jump to Today" feature.