When creating questions with multiple fill-in-the-blanks is there a way to copy the answers to each blank?

I have to type them in twice for each institution choice. There has to be a way to copy the answers from institution one to institution 2. It is such a time waster to type all the answers over and over, and multiple fill in the blanks offer a great way to test student knowledge. 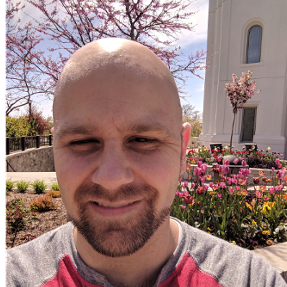 Hi Tristan and welcome to the Canvas Community.

Sadly, I do not believe this is an option. Whenever I create a quiz I also have to retype the same options in to multiple fill in the blank questions. If it is not already an #ideas‌ you may want to look in to creating one as this would be helpful for everyone.

I don't know what you mean by an "ideas". Clinking on the link took me to a poorly organized page with no effective description of its function. I've made a Canvas administrator, you, aware of the problem. . Hopefully that alone will get it on the proper agenda to produce a solution.

Here is a better link: https://community.canvaslms.com/community/ideas

This link led to a page of analytics. I did use the search for "formatting quiz questions" nothing related came up. I will try to find some answers on Google.

Another approach I've seen for this type of question is to direct the students to list them in alphabetical order. Then you don't have to duplicate the choices.

I'm asking students to name three different African American civil rights organziations in a multiple fill-in-the-blank question. The list of possible answers is large. I have to type in approximatley twenty terms for each of the three blanks-SCLC, the SCLC, Southern Christian Leadership Conference, the Southern Christian Leadership Conference, and for CORE, SNCC, etc.

This tedious process approaches the point of diminishing returns. I do not want to abandon this format of question though because it presents more demands on the student than a multiple choice.

There isn't a function to do that. I wish there was, although I would use it for multiple drop-downs, not multiple fill-in-the-blank. I don't use those because of the problems associated with them. Quizzes.Next allow for regular expressions, which could cut down on the number of entries, but still won't make it possible to duplicate the values.

However, Canvas isn't developing any new features for the existing Quizzes, putting all of the development in that area into Quizzes.Next.

We don't use Quizzes.Next, so I took a look at what would be involved with the legacy quizzes. The HTML of the page contains a form that has an entry for each response. If there are 20 responses, then there would be 20 items that need duplicated. There are two values that would need changed after duplicating it, but that needs changed for each response. Someone might be able to write some JavaScript where you would enter the source field and the destination field and then paste it into the brower's developer tools console. That's kind of techy, but a determined person could figure it out if it saved a lot of work.

There's not a good way to automate it without going to a lot of trouble. One major issue is the interface. Canvas wouldn't make anything that people had to copy/paste/edit into the developer tools. Canvas wants to keep the interface simple and clean and accessible. With that philosophy, there's not any good place to stick something that would ask for the source item and the destination item. Canvas also likes to develop for the middle 60% of users and those of us who need advanced capability (like math and science teachers) often go away disappointed.

There is good news, though. Canvas is about being open and allowing other people to write software that interacts with it. It turns out that Respondus supports a multiple fill in the blank question type. You might see if your institution has a license for Respondus. A quick Google search suggests that they do (I cannot verify since I don't have a CSUN account):  Respondus | California State University, Northridge

Respondus also has a nicer interface that Canvas for this type of question. Instead of asking you to duplicate the responses, you list them within the question itself, meaning you could use copy and paste.

Thank you for the comprehensive response. I appreciate your time and effort. I do not code so I'm dead weight on the solution train. 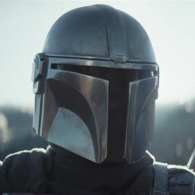 I am reviewing older questions here in the Community, and I came across your question.  I wanted to check in with you because I noticed there's not been much activity in this topic since May 16, 2019.  It looks like timothy.maw@datc.edu and james@richland.edu have been helping you with your question.  Do you feel that you've been able to find a solution?  Could one of the above responses (including your own) be marked as "Correct"?  If so, please feel free to click on the "Mark Correct" button next to one of the above replies.  but, if you are still looking for some help from Community members, please let us know that as well by posting a note below.  For the time being, I am going to mark your question as "Assumed Answered" mainly because there hasn't been any new activity in this topic for over six months.  But, that wont' prevent you or others from posting additional questions and/or comments below that are related to this topic.  I hope that's okay with you, Tristan.  Looking forward to hearing back from you soon.