We have a master course that we use as a blueprint course and create associated courses as needed.

After reading through the blueprint documentation, it does not specify anything about mastery paths settings. I am wondering if this is intended or if this is something that has been overlooked by Canvas development. Also, I am concerned that other features are not copying over that I haven't discovered.

Any insight is appreciated!

Hi  @brian_t_anders  - Sorry that your question has been out here a few days, though I have a feeling that you are discussing two topics (blueprint courses and mastery paths) that, while each exciting in their own way, are still probably being used by less than the majority of Canvas users out there. Combining the two together may be blazing new trails.

Bottom line: you may want to report this to Canvas Support, if you haven't already.

The best I could do was to try to replicate your experience on some sample sites. First of all, I found that IF you have mastery paths as a feature option at your institution rather than automatically turned on, it is absolutely vital to ensure that the feature option is turn on in the destination/associated course site BEFORE doing any syncing of material. If this is not done, the mastery paths will not work on the initial course sync. In other words, with the initial sync after the association is created, the destination course does not appear to inherit the mastery paths option…..which is rather frustrating because on the initial sync, at least, you do not have the ability to enable a course settings checkbox like you do on future syncs that are performed. (If you already have mastery paths enabled for all courses, obviously ignore that recommendation.)

Secondly, I found that mastery paths do indeed seem to work IF (again) the feature option is turned on in the destination/associated course first before the blueprint master course is built, AND the destination course is completely blank/empty. Once the associated course is added to the blueprint course, the initial sync seems to work just fine under those conditions, unlike what you saw.  At least, it did for me in testing.

Where things fall apart, however, is if you try to create a mastery path assignment that includes assignments earlier pushed out. In other words, if you had an assignment built that existed by itself originally, did your first sync, and then later try to add that assignment to a mastery path, the mastery path will not work and settings are not carried over properly in the assignment where the path is created.

I believe part of the issue is that mastery paths rely on modules and modules can present problems in blueprint courses. There is a bit of a discussion of that topic here: Restore module in course from blueprint master . It is worth reading that, even though the question asked originally is different from what you are trying to accomplish.

By the way, if you have not already gone through Linda J. Lee's excellent blog posts dealing with her experiences with blueprint courses that begin here, you should certainly do so.

But I would say you should report your experiences to Canvas. The more they can stay on top of issues like yours, the better.

brian_t_anders
Surveyor
In response to kblack

Thanks, Ken. Right off the bat I noticed that our institution has Mastery Paths set to 'ON' (not 'Allow'). In my testing, I simply created a completely blank course and linked to a blueprint course. In my 3 iterations, none of the mastery path settings carried over. The assignment wasn't added after the link was created, and the mastery paths were set in the blueprint course before the blank course was created.

I'm going to go ahead and report this and mark this question as assumed answered.

I'm sure others would like to hear any updates, Brian, if you ever contact support regarding this or future issues. Both features are still pretty new for everyone. 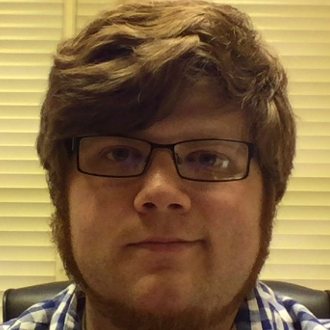 We are dealing with the same issue in our instance! Here's another discussion I've started about it: Mastery Paths - Issues

We also already have a support ticket in if you want to add to it: #02987153. From what I understand, the engineers are waiting to see other users with this issue, so please submit it to Support!

Any other movement on your end?