ORIGINAL ISSUE, AS IT STILL STANDS — The Canvas Google Apps LTI authorization is failing on me in Chrome in one course (not others), and observed with faculty. Anyone else? Workarounds?The chat with Instructure support helped determine that it worked in Firefox but not Chrome. They suspected it may have something to do with being logged into multiple accounts. His boss suggested that the Google Apps LTI might need to be re-setup (by our Admin). 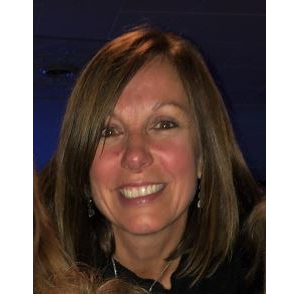 rislis
Adventurer II
In response to leigh_blackall
Jump to solution

Honestly, my teachers would be up in arms if we didn't have this LTI available to them. While it isn't perfect, it's still better for us - especially being in a 1:1 Chromebook setting.

Oh yes, rislis@holmen.k12.wi.us! In a 1:1 Chromebook setting, this has got to be so valuable! My only wish is that it worked for others :smileyplain: 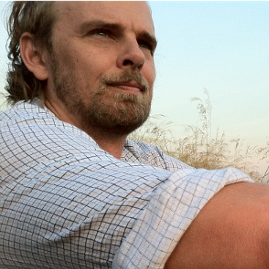 emihunt
Community Member
In response to leigh_blackall
Jump to solution

I imagine it's possible that some of the problems may be edu-specific, but whenever I replicated the 'authorization failed' errors for Canvas Support I used new @gmail.com accounts to rule that possibility out for them (after having initially seen the errors from my edu Google account). The issues I've seen haven't been specific to our edu instance.

Still broken as of June, 2018. Both Google Drive and Office 365 absolutely refuse to authorize in Canvas even though I see Canvas as authorized in my actual Google account. Office 365 doesn't work at all.

tross
Surveyor
In response to mrichards
Jump to solution

The only times we have any issue is if the person is logged into the browser with a different account than their institution google account or if they accidentally authorize the lti to a different account.  I had one teacher who authorized the LTI to her child's student account but once we disconnected and authorized correctly all was fine.

mrichards
Community Member
In response to tross
Jump to solution 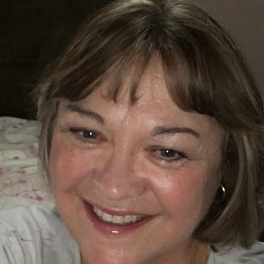 Here it is January 2019 and this is still happening. I will submit a new ticket

mike_the_techno
Community Member
In response to donnamarvel
Jump to solution

I've been troubleshooting it in many separate occasions since 2018.  I THINK I FIGURED IT OUT.  Somewhat, at least.  Thanks to the video, I can also prove that it's a related problem and actually say what the fix is.  I can only speculate on the actual problem though since I still don't know what scenario causes it.

Try both specifying *.instructure.com, *.google.com, and allowing third-party cookies while ensuring that any adblockers are disabled for Canvas.  Suboptimal to say the least, but it looks like in specific scenarios, the cookies needed to complete the handshake for the Google Drive LTI by Canvas embedding are triggering the "third-party cookie" blocking.

So, one thing I started noticing recently is that it says "Third Party Cookies are blocked."  Every single time.  Which, I should also note that typically in the situations where this bug occurs, Google Drive integration (submitting assignments) is fine, but it's the Google Drive LTI by Canvas plugin (that embeds Google Drive links) that breaks and has the authorization loop.  Specifically, Google Drive LTI by Canvas has to generate cookies for what I can categorize as two different site locations: Google (and related subdomains/links such as account.google.com) for authorization and Google Drive LTI by Canvas (https://google-drive-lti-iad-prod.instructure.com/).  Google plugins can, simply put, be of two types - site-based, or Google-based.  A Google-based plugin can only interact with whatever libraries it contains - however, site-based allows conventional programs and interfaces to be hooked up, at the cost of requiring a site location to host the app integration (in this case, https://google-drive-lti-iad-prod.instructure.com/).  Hence why one can break and the other can be fine - they are implemented into Canvas in dramatically different ways even if they appear to be more or less functionally the same.

The strange thing about this is that we would do all the steps outlined (clear cookies, rebuild local profile, reset cache, etc) and it would never work.  We would specifically put in an allowance for *.instructure.com, and even those that specified the subdomain and address for specific scenarios, and yet no dice.  Only in this scenario, I noticed something different - it was making cookies, but it wasn't accepting ALL of them.

Why?  (AKA rambling speculation)

As to what scenario this is caused in - I still don't have enough to do more than speculatively guess, since I'm unable to reproduce the problem for further testing.  It seems to be session-specific since even in private mode it functions fine.  When I checked the data of the cookies, while they did note their site of origin, most of the fields were blank - my current guess is that cookies that are needed to confirm the "handshake" between the LTI and Google can be improperly generated in a scenario.  While suboptimal to say the least, disabling anything that would filter or block cookie generation allows it to once again operate as intended.  In this scenario, it actually triggered on a clean install of a computer, as well as Chromebooks in a group.

I want to say...that the problem is related to renewing, modifying or generating the LTI-specific cookies.  As far as I can tell, the Google side of the auth isn't failing - it's only ever when the Google-side of the auth completes and the browser focus returns to the Canvas side that the auth fails.  It's got to be some way that Canvas is identifying clients or identifying connection paths in some manner that errors out server-side - it almost feels like the client sends it cookie data for it to modify and return, but instead all of the fields in the cookie return as (null).

I'd recommend taking a look at the latest news about Google, as they have a new LTI tool that will eventually replace the one that Canvas built: Google Assignments LTI (Beta) for Canvas Users [Course Kit]