Change Due Date on Discussion Error

I have a question about discussions involving groups.

A discussion was created for a particular group set (which included all students....I have all my students divided into 4 groups w/in group set)  and now I would like to go back and change the due date for resubmissions and in doing so generated this error:

I did not change the "assign to" options at all just the due dates. So I then tried changing the assign to "everyone" and worked...or so I thought, but then had a student say they still cannot access it. I ONLY changed the due date when I got this error. 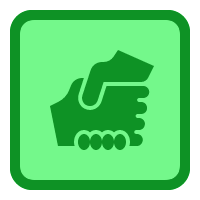 Welcome to the worldwide Canvas Community!  This is a bit of a guess, but I believe the first thing you should have done was, when making the Discussion a group discussion, you should have left the Assign to: field set to the default of Everyone.  That is outlined here:  How do I assign an assignment to a course group?   In other words, assuming that these four groups constitute the entire class, you can set it just to the specific group set, but there is no need to then assign the individual groups to that assignment.  The only reason I think that this may have happened is that I tried replicating this issue, and even when editing an existing group discussion, "Everyone" still appears in the Assign to: area rather than the individual group names, as your screen capture shows.  (That helps a lot, by the way--it's good to do that when asking a question!

Here's what I think happened.  You have a student who either got added to the class after the groups were formed or who may have just simply not been added to a group somehow.  Head to your PEOPLE page and click on the appropriate group set tab and take a look at the corresponding group set.  If there is a student name listed over on the far left of the page, as shown on the third screen capture on this page, that's the issue.  That student has not been assigned to a group, and that's why you're getting the error message.

So now what?  Well, you can manually click-and-drag a student into a group, and you will be confronted with a message such as this:

So which to choose?  Well, it's hard to say.  I chose the "Change Groups" button in my experiment to simply assign the student to the group I wanted him to be in, but then again I didn't have an active discussion with potentially dozens of replies in the test I just ran now.  Take a look at a few of the warnings given on this page: How do I move a student into a different group? (even though you're not actually moving a student into a different group but rather moving one into a group) and be prepared for potential issues.

I hope this helps a bit, Brooke.  Let us know; it's how we all learn on the Community!

Hi  @bmarton ‌ - I wanted to take a minute to check-in with you! Were you able to arrive at a solution? Were the resources that  @kblack ‌ shared helpful? Please let the Canvas Community know how things are going or if you have any other questions. We're looking forward to hearing from you.