Can someone look at this screen shot and help me to understand why the answers were marked wrong? 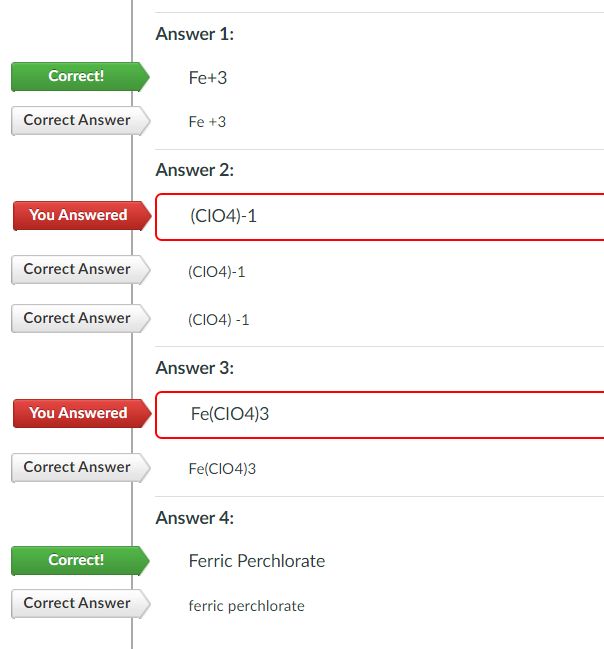 This is just a guess on my part.  Take a look at "Answer 1" and "Answer 4" which were marked "Correct".  If you were to draw a vertical line right up against the "F", you would see that they appear to start at the same space.  Now, draw a vertical line at the start of the ones for "Answer 2" and "Answer 3".  It almost appears that for the ones where "You Answered", those appear to have a single space in front of them.  An example would be:

Since the one with the space was not given as a possible solution, then Canvas would have marked it incorrect.  Again, just a theory based on what you've provided in your screen shot.

Hope this helps a bit.  Sing out if you have any other questions about this...thanks!  Take care...be well.