No audio in video on Desktop (Edge and Chrome)

I had a student ask for them while they were attempting to watch a video that is embedded within the course. No audio would come out of video on Edge or Chrome on the desktop but other audio on the computer worked. It was only the videos within Canvas. Student was able to listen to the audio on their phone and ipad through the Canvas mobile app.

Student was using the following versions of Chrome and Edge:

I was able to listen to it on my computer with no problem.

Any help would be great.

@vanderveldet , greetings! For this type of specific issue with Canvas, my recommendation is to have the student contact Canvas Support. To do this, have the student click on the Help link in Canvas and "Report a Problem."

So the student had already done that before contacting me. He stated that Canvas Support could not recreate the issue and everything was working fine for them. I was just unsure if other also had this issue and had found a solution to it. 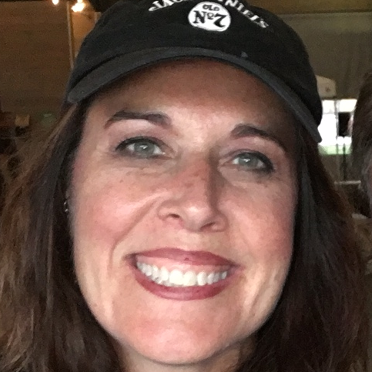 The students browser is up-to-date: Which browsers does Canvas support?

Thats strange video behavior. I wonder if clearing his cache would help in this case? How do I clear my browser cache on a PC?

The student has done that in both browsers. He has also relayed to me that the only videos in the course that do not work are ones that the instructor have uploaded and that are from Kaltura. To the best of my knowledge we have not had Kaltura issues in the past and I am unsure of how to check the video types in Canvas.

Do you have an LTI integration with Kaltura? Or is the instructor embedding the video using embed code? You may want to reach out to Kaltura for testing.

Are any other students in the course experiencing trouble?

WE do have LTI integration and some videos are also embedded. He seems to be the only student with this issue. I will attempt to reach out to Kaltura.

Did a search and found this thread. I also came across a student with the same issue.

Any media that was played through Canvas on Chrome or Edge, there would be no audio. Checked their audio drivers were up to date. They can play other media through other websites just fine and hear the audio on Chrome and Edge but not on Canvas. I had the student download the video from Canvas, and he was able to play the video locally and there was audio.

I had the student use Firefox and it worked but the student's preferred browser is Chrome.

I did ask the student to uninstall Chrome, and re-install it. Before signing back in to Chrome, I asked him to go straight to Canvas. The issue replicated. The issue does not follow him on other computers when he uses Chrome or Edge. For now, the student is using Firefox as a back up.

I would like to know if there was ever a solution found to this.

Same just happened to my computer. It was working absolutely fine for weeks, until a few hours ago. This is a big issue, as it stops a student in their tracks.....

I am a teacher and having the same issue.  I embedded a Youtube video that does have sound, but the audio wont play through canvas.

I also have a video file uploaded... when I attempt to play it in canvas, no sound.... when I download it again, the sound is fine.

Any ideas what is going on?

Using Chrome and Firefox on a Mac.