I'm starting this as a discussion because there's no good place to comment on it. I'm tagging the Canvas Admins‌ group, but it's a faculty issue as well.

The "THIS COURSE IS UNPUBLISHED" box - the one that contains the Setup Checklist button - is now missing from all our unpublished courses. I opened a ticket, and was told (quoting directly): "I believe the box was removed in lou [sic] of the new canvas tutorial". When I asked the agent to clarify that this is now expected functionality, I was told that is correct.

First of all, are others seeing this? To be clear, here's what we used to see versus what we now see:

I would also mention that we DO NOT have the New User Tutorial enabled, and this is happening in production, not beta. The How do I publish a course?‌ guide still has the first image above (with the box). I can't find any mention of this change in the Canvas Beta Release Notes (2017-07-05) or in the https://community.canvaslms.com/docs/DOC-9721-canvas-production-release-notes-2017-04-22  where the feature was first offered as an option.

Why does this matter? We are used to seeing the box as a visual indicator that the course isn't published. Yesterday, a veteran Canvas user (5+ years) asked me why students couldn't see her just-beginning Summer II classes. They weren't published.

Did I miss a discussion about this? Has it been like this for a while and I didn't notice? Anyone else bothered by it? 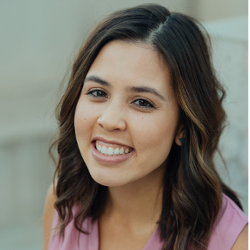 Instructure
In response to tdelillo
Jump to solution

It was an intentional change to remove the unpublished box as part of the New User Tutorial feature work. It will be gone regardless of whether or not the New User Tutorial is turned on. The always amazing erinhallmark‌ will be updating the July 15 release notes to clarify this and update the Guides on Saturday.

(She asked if I could kindly respond to this thread, as she is out of the office today.

You are absolutely correct,  @tdelillo !  I don't remember seeing anything on that, either, and (like you) I do not have the new tutorials enabled.  In fact, to add to the confusion, Erin Hallmark sent out a message late yesterday regarding the newly-published Production Notes:

You'll notice that the production notes do not include the Course Setup Tutorial. After Saturday, you'll be able to manage that feature just like you can currently in production as it will not be enforced in this release.

Between that and the new annoyingly small Publish "toggle" switch that is not really all that "in your face" as much as the older ones (currently on Beta; due for production this weekend), I'm increasingly concerned we'll have a fair number of faculty who completely forget to publish a course site in the fall.  I hope I'm wrong!

While I find the toggle big enough and obvious enough for myself, I also have some concerns about my faculty. I mean, if that big "In your face" (love that Ken) button was not obvious enough for my faculty, and it wasn't for many of them, how are they going to fare with the smaller toggle? What I often think we really need is a big (400 X 600 px), flashing, strobe-light styled text box that is so dang annoying that my faculty publish their course just to get the dang thing out of their face!

kblack
Community Member
In response to kmeeusen
Jump to solution

Oh, NOW you did it  @kmeeusen ‌!  I just could not resist.  Here's my suggestion:

Community Coach
In response to kblack
Jump to solution

Did you make that one, Ken? I love it.

So I sent the Production Release Notes out to my faculty this morning, and since it wasn't mentioned in the Release Notes, I added screen snaps of the Course Status button changes to avoid panic. it won't work, but I tried.

kblack
Community Member
In response to kmeeusen
Jump to solution

Thanks...yes, I did a quickie in Snagit!

Unfortunately, none of this addresses Tracey's original point...what happened to the course setup box on the main landing page??  Tracey, I wonder if you should say something in the Production Release Notes thread about this, so that it gets broader attention??

tdelillo
Community Member
In response to kblack
Jump to solution

I considered that, but since it doesn't directly apply to the Production Release Notes, I figured I'd get a "this isn't the right place for this discussion". I have reached out to my CSM to see what she can dig up.

Instructure
In response to tdelillo
Jump to solution

It was an intentional change to remove the unpublished box as part of the New User Tutorial feature work. It will be gone regardless of whether or not the New User Tutorial is turned on. The always amazing erinhallmark‌ will be updating the July 15 release notes to clarify this and update the Guides on Saturday.

(She asked if I could kindly respond to this thread, as she is out of the office today.

tdelillo
Community Member
In response to jlafrance
Jump to solution

Thanks, Jenn! I'm a little sad about the change, but glad we have the confirmation.

The notes are now updated to reflect this change. I'm sorry it was inadvertently left out! We've also had feedback about the unpublished button and are trying to see what we can do there. I know the discussion is still ongoing internally so you may see another change just yet. If there's anything to report I'll be sure to include it in a future version of the release notes.