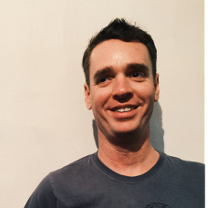 why does SpeedGrader reject some questions as "need review" ?

I'm working with a teacher that is unable to simply add points for a student's response to an essay question submission without fudging the score. Video of the process is embedded here.

We can't figure out how to satisfy the question's "need [for] review" other than just viewing them.

Things to note – this is a self-hosted Canvas instance, and the course has the "Moderated Grading" and "Anonymous Grading" feature options turned on (although I don't think this assessment is setup for moderated grading).

an update for ericwerth‌ and anyone else that's curious – the issue with SpeedGrader went away when we upgraded our production environment to the 2019-06-22 release. No more issues, so that's good.

Hi joehobson  Just wondering, but have you tried refreshing the SpeedGrader page after grading the question or attempted in multiple web browsers (like Chrome and Firefox)?  I tested in my sandbox (PC running Chrome) and when I added a score to the question and updated the score at the bottom of the page, the notice that the question needed to be graded disappeared.

Thanks for the info!

We haven't heard from you in a while so I thought I would check in and see if you were able to find a resolution to the problem you reported. I am going to go ahead and mark this as "assumed answered" for now, but this can be changed if needed and marking the question as assumed answered doesn't prevent continued discussion in the thread.

hey Eric, sorry for the radio silence. We did try multiple browsers (including Firefox and Safari) and still found the same issues. Unfortunately we are not able to replicate it on our staging servers, so it's become more difficult to troubleshoot (we don't want to mess with students actual grades on production). We've scheduled an update of the Canvas core for late June so we'll test it again and hopefully it will just go away.

I mostly opened the question to see if anyone else was experiencing the same, which doesn't seem to be the case

Community Coach
In response to joehobson
Jump to solution

Great joehobson  Thanks for the update and good luck!

an update for ericwerth‌ and anyone else that's curious – the issue with SpeedGrader went away when we upgraded our production environment to the 2019-06-22 release. No more issues, so that's good.

Community Coach
In response to joehobson
Jump to solution

Hi joehobson!  Thanks for the update!  Glad to hear that the issue went away.  It is nice when releases fix bugs that are causing headaches.