Please thread replies as much as possible to keep posts organized.

Hi @kroeninm, thank you for your response. Yes, based on my review, my HTML code is also migrating correctly, it is just how it is displayed in NQ that is different.  That may be an important distinction for Canvas during their review.  🙂

I'm bringing a conversation over from the Canvas for World Languages fb group.  Apparently when Chromebook users are in New Quizzes and press the Alt key to type special characters for accents (which they need to do a LOT), it kicks them out of New Quizzes.  It's also a big issue when using any sort of Lockdown browser.

Thank you for the open conversation!

TL;DR: A QTI file that I successfully imported into a New Quiz using the Import Content option from the build page on or around 11/20/2021 now fails to import the questions, despite displaying a message indicating that the file imported successfully.

I've been using the Import Content option to import QTI files for around a year now. On 12/24/2021, I tried to import my quiz, and despite it claiming to have imported successfully, there were no questions in the quiz. Here's what I established through trial and error:

I am reasonably confident that a bug was introduced into the Import Content tool, sometime between around 11/20/2021 and 12/24/2021, specifically relating to the handling of converting question groups in a QTI file to Item Banks in a New Quiz.

Happy to provide a MWE. 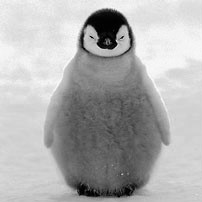 I am just catching up on this recent Beta release. After reading the issues reported I did a few quick tests using the Import Course Content tool to import classic quizzes between 2 test courses as NQ. The results are as follow:

1.  Questions added directly into a question group imported as a linked bank and I can access the item bank. The item bank is named according to the group's title in the original (classic) quiz.

More tests are needed but it is encouraging to see questions in question groups converting to item banks that we can now access. This is a good.

I am a relatively new user and just started digging into the New Quizzes features in Beta. I have some very elementary questions (compared to what most of you are asking):

Am I understanding this correctly, or is there more to it? If it's as simple as that, then my feedback is: this worked for me fine!

Next question: what this feature does NOT do is allow you to simply migrate a CQ Bank into an NQ Bank, correct?

If that is true, then my feedback is that I would prefer that we be able to do that. It seems much neater. Also since New Quizzes has so much more functionality, instructors may want to re-build quizzes from scratch in NQ with a mix of new questions and questions pulled from Banks. If they are forced to migrate their Classic Quizzes "As-is" in order to get their banks migrated, I think it encourages them to maintain the status quo in terms of the quiz experience. Of course, they SHOULD be able to migrate their quizzes, but I just wish migrating banks was going to be just as easy, and that the migrations could be done independently.

We have discovered and are addressing issues with:

@mbmacdonald That's an interesting take. We've mostly been hearing that teachers want as little interruption as possible, but I can see how this might give more granular control. Thanks for sharing!

I'm working on migrating from the classic quizzes to the new ones, and I miss a feature found in CQ, when we have two question banks created and we need to copy/move some of the questions from question bank 1 to question bank 2 , you can select multiple questions (or all of them) and execute the process in bulk. 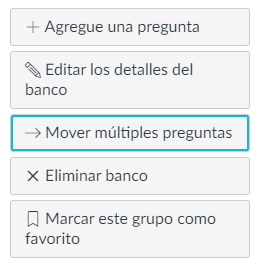 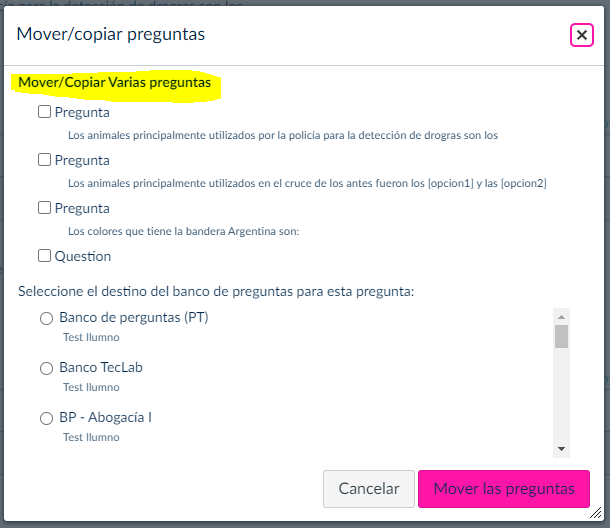 This option is found in NQ, however, only one question can be moved at a time, which in many cases implies that errors can be generated when executing the process, or if it is interrupted, it is necessary to verify that Questions had been migrated and what questions were pending migration.

Is this functionality intended to be developed or installed in NQ?

Using the Bulk Migration methods, in addition to the issues already reported about graded and practice quizzes migrating with 0 points in the Quiz settings (even though there are points still associated with the questions), we have also found:

Is anyone else finding that the bulk migration methods in beta are dropping your surveys questions and not migration them to New Quizzes?

This is what we are finding:

This issue is not included in the Beta Release notes Known Issues, and I am unable to add a post, ask a question, or provide feedback in the release notes or any other areas of the New Quizzes groups. But I am assuming this is not intended behavior.