In this production release (01/30), all users can reply directly to announcement and discussion notifications, and the Canvas user interface includes font and icon adjustments.

The next release schedule:

Production release notes indicate Canvas updates that will be included with Saturday’s release and are subject to change. New features may differ from those available in your beta environment. Learn more about the Canvas Release Schedule.

< BACK TO TABLE OF CONTENTS

When a user receives a notification for a reply to a discussion or announcement thread, the URL in the email links directly to the post rather than the top of the thread.

This feature was originally suggested by the Canvas Community.

Several icons have received a slight design update throughout Canvas. For admins or developers who have added icons to any custom code, updated icons include stats, settings, check mark, trash, message, check plus, email, and discussion check, with the addition of a masquerade icon. These changes affect both the legacy interface and the new Canvas interface.

Dashboard cards are responsive to the width of a browser window and realign to match the window size. This change removes excess white space that often existed between the cards and the sidebar. Course cards respond to a maximum window width of 1200px.

The default font size in Canvas is now 14px, which affects several Canvas areas including the Account, Course, and Group Navigation menus, as well as page content and some sidebar text. This change assists with accessibility improvements in Canvas. Most modal windows are not affected.

< BACK TO TABLE OF CONTENTS

Unnecessary ARIA button roles have been removed from Discussions, Modules, and the Gradebook.

The gray text placed below the date and time fields throughout Canvas display a contrast ratio of 4.74:1.

In the Account analytics page, screen readers can read the table structure as a presentation and identify all headers, which begin with an H1 and properly nest H2 and H3 elements.

When a keyboard user adds an assignment group, screen readers can identify the Add Assignment Group modal window. Focus is also retained in the modal window.

The Calendar Feed link is identified as a button and can be accessed by keyboard users.

In Windows Edge, screen readers can view the progress of a file upload.

The Add Prerequisites drop-down menu is accessible to keyboard users.

iFrames in Canvas include a title attribute that identifies iFrame content.

The Insert Equation button does not trap focus for keyboard users.

When users add a contact method, focus is set on the first tab.

Screen readers can identify which email addresses have been confirmed. Additionally, the Confirm Email Address dialog is associated as role-”dialog”, and the dialog identifies required fields for screen readers.

The confirmation code field for SMS contact methods includes a label and is identified as a required field. Screen readers can identify when a confirmation attempt does not include a confirmation code. The Cell Number field and Carrier drop-down menu include error messages if the fields are invalid.

The Edit Settings page includes form fields that can be read by screen readers.

For Web services, screen readers can identify each label with unique name and ID attributes.

Explanation: When a user made an API call with the Group Files API endpoint, the response included the course number instead of the group number, which created an invalid link. This behavior occurred because the API was not referencing the Group ID as part of the file. Canvas code has been updated to include the Groups ID when using the API.

Users can view the Calendar Feed when events in each section has a different date.

Explanation: When a user tried to view the Calendar Feed, the calendar rendered an invalid response. This behavior occurred because the calendar was not considering course sections. Canvas code has been updated to confirm the context of the calendar when rendering the Calendar feed.

Canvas assignments with multiple section due dates can be moved by dragging and dropping an assignment in the month view.

Explanation: When an instructor viewed a manually concluded course and clicked the Download All Submissions button, the download failed. This behavior occurred because the original fix in the November 21, 2015 release did not apply to manually concluded courses. Canvas code has been updated to allow user to download submissions if they have the View All Grades permission.

When a course is copied in Canvas, restricted course files that have been placed in a module retain their module association.

Explanation: When a user copied a course that included restricted (hidden) files in a module, the restricted files were not longer associated with the module. This behavior occurred because course copies only retained module attachments for active files. Canvas code has been updated to retain attachments for all files that have not been deleted.

When a course is concluded manually, concluded enrollments include the complete date.

Students can submit attachments to a discussion as long as they have not exceeded their user files quota.

Explanation: When a student attached a file to a discussion reply, the reply was not able to be posted if the course file quota had been exceeded. This behavior occurred because Canvas permissions were confirming the course quota instead of the user quota. Canvas code has been updated to only confirm the user quota for discussion attachments.

Subfolders are included as part of an ePub export.

Explanation: When a user exported a course ePub with multiple subfolders in Course Files, the ePub export was not including the subfolders. This behavior occurred because the export permission was not confirming subfolders. Canvas code has been updated with a secondary permission that verifies all subfolders included in a course.

Users can export a course ePub file if the same file exists in multiple course directories.

Explanation: When a user tried to export an ePub file, and if the same course file existed in multiple directories and was embedded in course content, the export was not able to be completed. This behavior occurred because the ePub export was not configured to support the same file in multiple course locations. Canvas code has been updated to support identical files in ePub exports.

Within a course Files directory, relative links in CSS files should be accessed and displayed.

Explanation: When a relative HTML link is included in a CSS file, the link generated an unauthorized error. This behavior occurred because of an error in rendering inline file attachments where Canvas was trying to access the file without an access key. Canvas code has been updated to support inline HTML content in CSS files.

Explanation: When an instructor muted and unmuted assignments multiple times, submission comments were not always being hidden from students. This behavior occurred because comments were being inconsistently hidden across several pages. Canvas code has been updated to check muted status of assignment before displaying comments in Canvas.

The Gradebook disables assignment cells for any student not assigned to an assignment.

The Gradebook Individual View paginates assignment submissions according to the number of assignments in the course.

The United Kingdom and Australia English language preferences do not include a PM drop-down menu when setting calendar dates.

Explanation: When a course or user account had a language preference set to English (United Kingdom) or English (Australia), entering a time and then selecting the PM drop-down option still applied the time as 24-hour time. This behavior occurred because Canvas wasn’t differentiating between languages that supported 12-hour time and those that preferred 24-hour time. Canvas code has been updated to remove the PM drop-down menu in the calendar for all language set to prefer 24-hour time.

The Link Validator does not report overwritten links as deleted links.

Explanation: When an instructor uploaded or renamed a file, or updated a page name, the Link Validator was highlighting these links as deleted links. This behavior occurred because the Link Validator did not support updates to course pages or files after they were originally linked in the course. Canvas code has been updated to improve link verification in the Link Validator.

Admins can apply Theme Editor branding in the beta environment.

Explanation: When an admin added branding to the Theme Editor, brand configurations would not always update with each beta environment refresh, causing the Global Navigation menu icons to appear abnormally large. This behavior occurred because branding was not configured as part of the beta refresh process. Canvas code has been updated to include brand configurations in each beta refresh.

When a student resubmitted an assignment with an attached grading scheme, SpeedGrader retains the original score if the instructor opts to use the same grade for the resubmission.

Explanation: When a student resubmitted an assignment with an attached grading scheme, if the instructor clicked the Use same grade for resubmission link, the initial score was lost and the highest possible score of the range was given instead. This behavior occurred because SpeedGrader wasn’t confirming an existing score. Canvas code has been updated to check resubmitted assignments for existing scores.

Yes - if I don't login to Community/Jive for a period of time, I no longer receive email notifications from Jive.  After logging in, I started receiving notifications again.

Ah! Indeed, I started receiving them just after posting. 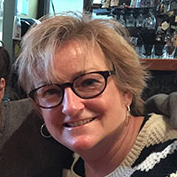 Yes - I noticed this in Beta before the release. Previously, there was a whitespace buffer zone between the cards and the nav bar - probably left over from the expanded course menu space. That went away.

Interesting. I'm wondering why this wasn't mentioned in the release notes - making UI updates without letting us know is far from ideal. We have to work with the unintended consequences of the updates we know about already, not knowing everything that's changed makes our jobs a lot more complicated...

This omission was inadvertent and we're sorry it wasn't mentioned. I'll get that added immediately.