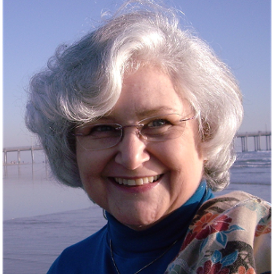 KristinL in Idea Conversations
Based on what was shared by dylons, this Idea is being archived to make way for other Ideas. Thank you to everyone who participated in this long-standing discussion.  How do idea conversations work in the Instructure Community?  ... View more

Add "Points Deducted" or "Percent Off" Option on G...

by Adam-MacDonald in Idea Conversations
Currently, if we want to deduct points from a student assignment, either straight points or as a percentage, due to lateness or something else that resulted in a penalty, we have to simply change the amount of points awarded. In other words, if a student got a +10/10 on an assignment, but lost 50% due to being late, we have to score it as +5/10. This is especially apparent with scoring with rubrics, where we have to go through and lower the score in individual categories to get to the score that results from the lowered points. This makes it hard to show students what they got based on their submission itself versus what the penalty is. What I would like to see is for the ability to score the assignment as normal, have that scoring visible to the students, but then have the option at the bottom to subtract either a certain number of points or a percentage off the total score, and have that altered score be what goes in the gradebook. (I think this might be similar to, but not exactly the same, as Fudge Points that are available for Quizzes.) For example, if a student got a +90/100 on an assignment, I would want to be able to dock 20% by choosing that in an option at the bottom of Speedgrader and, while the student's rubric would still show how they did originally so they got clear feedback, it would show that they lost 20% for lateness, etc. from the overall score which now gives them a new score that goes in the gradebook as +72/100 (NOTE: This example came out evenly but there should be the option to round to the nearest whole number to avoid having a score such as +71.2/100, etc.). Additionally, teachers should be able to also just deduct a certain number of points rather than a percent, for example a student who gets +8/10 but loses 2 points for some penalty that then has a final score of +6/10. This feature would allow clearer student feedback as it would indicate the difference between scores being what they are based on missing requirements or not meeting standards versus penalties for lateness, etc. This way, especially for assignments with rubrics, it would be clear to the student what standards they had met and at what level, while also indicating penalties clearly that lowered the score. ... View more
Community Statistics