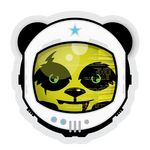 Re: SOLVED: New Quizzes Not Showing Up In Gradeboo...

by KimberlyMencken in Canvas Question Forum
I used the following to "fix" my problem.  I clicked on the page icon where the grade should be in the grade column.  Then click the little right facing arrow.  That opens the grade in speed grader.  Instead of adding a point and taking it away, I just added .00001 points.  Won't affect the grades in any way and I don't have to take it away.  This is a pain and Canvas needs to fix the problem permanently, but this worked.   ... View more

Re: Create Item Banks from MSWord

by terri_milroy in Idea Conversations
Especially for workforce courses, the ability to import Word questions into Canvas is becoming more and more necessary. I've been told by vendors multiple times that they have "Canvas ready content" and it's nothing but a Word doc that isn't even Respondus ready.  ... View more

by GGummess in Idea Conversations
When one records a screencast, there are a wide and quite sophisticated variety of editing tools to modify the screencast and improve it as an instructional tool.  But you can't go back and re-edit after the video is posted.  Re-editing a screencast after posting wouldn't be just to fix mistakes after the fact, but to customize the video for different audiences, or just to make refinements as one would see fit.   Therefore, I would like to see an "Edit media" feature added to the kebab menu when you are viewing the thumbnail of the video or the video itself, which would re-open the screencast recording tool so you can put the video into editing mode, and then save new changes.   This idea builds somewhat on a previous post that proposed creating "snippets" of existing Studio uploads.  I am proposing full-blown editing of the video, at least to the degree of adding trims, editing out portions, adding text and shape graphics, not much more than that I should think. I have attached a screenshot of what this proposed feature could look like.   Glen Gummess, Ed.D. Educational Technologist University of St. Francis, Joliet ... View more
Community Statistics