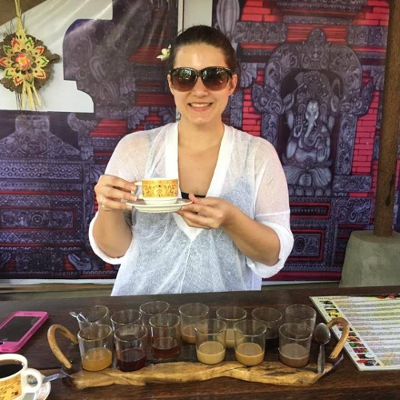 Re: Allow New Quizzes fill in the blanks to have m...

Re: Allow Canvas assignment instructions to be vis...

by paulamiranda in Idea Conversations
Adding a comment to support this idea. Providing instructors with the option to make the assignment description visible outside of the assignment availability dates would be appreciated and give instructors the flexibility of communicating assignment expectations and resources ahead of their availability. ... View more

Re: Assignment description not visible if assessme...

by Jess_M in Canvas Question Forum
Hi @Chris_Hofer  Thanks for the link to the idea. I have left a comment... but I'm not hopeful. It was made some time ago and there has been little movement on it. Hopefully it gains traction.  ... View more

by huttonj in Idea Conversations
I'm sharing another vote for customizable color-coding in rubrics, please. Color is an important part of how students view instructors' rubric-based feedback. Please let us avoid sending the wrong message to students about their work and progress.  ... View more

Allow for offline grading in SpeedGrader using the...

by PaulBenham in Idea Conversations
it would be useful for faculty to have the option for grading offline using SpeedGrader in the iOS Canvas Teacher app. For times when the faculty are not connected to the network (on a flight, on a filed trip etc) being able to download all of the submitted assignments from within the iOS Canvas Teacher app would be great, They could then add comments etc to the assignments which would sync back up when they are once again online. ... View more

Include seconds in submission time line

by chike424 in Idea Conversations
Anonymous time stamp. When students submit an assignment it will be essential to show all time stamp including seconds. To determine how late and when late penalty can be overlooked. ... View more

Add "Points Deducted" or "Percent Off" Option on G...

by Adam-MacDonald in Idea Conversations
Currently, if we want to deduct points from a student assignment, either straight points or as a percentage, due to lateness or something else that resulted in a penalty, we have to simply change the amount of points awarded. In other words, if a student got a +10/10 on an assignment, but lost 50% due to being late, we have to score it as +5/10. This is especially apparent with scoring with rubrics, where we have to go through and lower the score in individual categories to get to the score that results from the lowered points. This makes it hard to show students what they got based on their submission itself versus what the penalty is. What I would like to see is for the ability to score the assignment as normal, have that scoring visible to the students, but then have the option at the bottom to subtract either a certain number of points or a percentage off the total score, and have that altered score be what goes in the gradebook. (I think this might be similar to, but not exactly the same, as Fudge Points that are available for Quizzes.) For example, if a student got a +90/100 on an assignment, I would want to be able to dock 20% by choosing that in an option at the bottom of Speedgrader and, while the student's rubric would still show how they did originally so they got clear feedback, it would show that they lost 20% for lateness, etc. from the overall score which now gives them a new score that goes in the gradebook as +72/100 (NOTE: This example came out evenly but there should be the option to round to the nearest whole number to avoid having a score such as +71.2/100, etc.). Additionally, teachers should be able to also just deduct a certain number of points rather than a percent, for example a student who gets +8/10 but loses 2 points for some penalty that then has a final score of +6/10. This feature would allow clearer student feedback as it would indicate the difference between scores being what they are based on missing requirements or not meeting standards versus penalties for lateness, etc. This way, especially for assignments with rubrics, it would be clear to the student what standards they had met and at what level, while also indicating penalties clearly that lowered the score. ... View more

Re: Rubric without points

by davida_campbell in Idea Conversations
I am glad to see this update be applied to Canvas. It is very similar to a PEAK Instructional strategies, Criteria for Credit, in which students are required to meet a list of specifications in order to submit assignments. Rubrics should not all be required to include scores. I think it is great for rubrics to include criteria to allow students to know the expectations for submission. In addition, clear expectations help students to produce quality work. ... View more