Status: Added to Theme Submitted by dshowley on ‎08-12-2016 08:03 AM
Students are limited to a miniature window through which to view what can be some detailed teacher comments on written assignments using the SpeedGrader CrocDoc function. To see comments teachers have written using the red pointing arrow on the document itself, students must shift the miniature window while following the yellow dotted line to the actual comment that is positioned in the far margins of the document. And they must do it all while reading what amounts to 5-point fonts. Students cannot maximize this small screen. Downloading the document as an "annotated PDF" does no good either. The "annotations" include only the red arrows, but no comments.

Thank you for your Feature Idea submission. We wanted to call your attention to the following ideas which were submitted in different voting periods, but archived for a variety of reasons:

Since archived ideas can be re-submitted, your idea will be open for vote in the next voting cycle.

In the meantime, help your idea gain traction by posting a link to this idea in the comments of the other, archived idea (which will notify author and anyone who is following the idea) and share your idea to colleagues and peers as well.

I have to say:  I was a little angry when I realized how hard it is for students to see feedback on their papers, and I am 100% convinced I have spent HOURS adding comments to the margins or in their rubrics that they have never once seen.  Even though I consider myself very Canvas fluent, I had no idea they weren't seeing what I was seeing in Speedgrader. I literally had to experiment on one of their computers and then train them to follow all of the clicks to see their feedback.  I have college-bound seniors, and even they didn't know what to do to get to their feedback.  After a few clicks, they got the little box with their document that requires constant scrolling or a tiny font.  They also have to click on the comment bubbles in their rubric to see any of that feedback as well. There are too many steps, they aren't even obvious steps, and the whole thing is silly!  I really hope this idea gets some traction, and I can't believe previous postings of the same idea have gone nowhere. There have got to be other frustrated users as well!

Check out this doc for additional details about how the voting process works!

It is not only difficulty for students to find the feedback but after downloading the paper (not very intuitive either) they will need to open the file in Adobe Reader to see the instructor's comments. If they immediately click on the file after downloading, the paper will open in the browser and this view does not show the instructors comments. Printing the comments is only possible if the student clicks on 'Summarize Comments' and they set the printing properties to include markups (Adobe Reader > printing dialog box). This process needs to be greatly simplified so students can benefit from the comments.

I am including Instructional Designers​ and K-12​ to hopefully gather some more support for this idea. Maybe someone can offer a workaround.

Really appreciate your support of this issue, Elisabeth. It’s a confounding shortcoming of Canvas for sure.

I teach English and like Canvas overall, yet so far I think what needs the most improvement is the the Instructor feedback part.  I want to give feedback right on Canvas yet the current feedback options are limiting and a bit slow 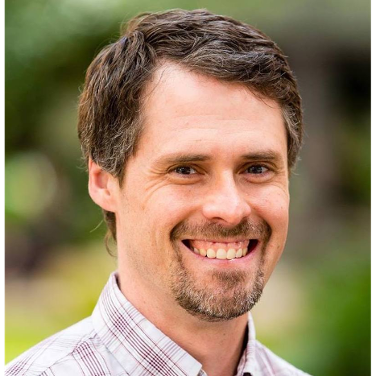 I have heard this feedback from quite a few instructors. The thought that students are not seeing feedback that it takes so much time to craft is a pretty big deficiency.

So big, that I actually think this idea should be expanded to a full consideration of the workflow and interface for students receiving feedback. The small window does not help, but the findability of feedback could also use work.

Please improve this feature. It is absolutely ridiculous how difficult it is for students to see feedback. Instructors should also be able to bulk download the annotated student files, not only their original documents as it now stands. In fact, as previous suggestions have pointed out--the downloaded version should also include the rubric and rubric comments if it existed for the assignment. Why is it SO difficult to have comments/feedback easily seen by students and easily archived by instructors?

I agree that this is the most needed improvement of Canvas.

Instructors have been asking for years for easier student access to comments and notations made via Crocdoc. Canvas is still taking votes. When will something happen?

How do Ideas and Themes work?