Sign In Community FAQ
We've revamped the look and feel of our Community nav menu! Content is now divided by product to make navigation and discovery easier.
Turn on suggestions
Auto-suggest helps you quickly narrow down your search results by suggesting possible matches as you type.
Showing results for
Show  only  | Search instead for
Did you mean:
Options

Why is Firefox ESR Unsupported?

It appears that sometime around April 22nd, 2019, Instructure made what appears to be an unannounced change that resulted in a "Unsupported Browser" warning message appearing on Firefox ESR releases.

My main question is why?  The ESR (Extended Service Release) is commonly deployed in large organization and education institutions.  Canvas being a LMS (Learning Management System) that is heavily used in these environments this decision does seem odd.  However, we have heard several Instructure employees make comments that Google Chrome is the recommended browser.  Maybe this is some weird way to push users away from Firefox?

We've made a change in our browser file to reflect Firefox version 60 as the minimum browser. Any Firefox versions 60 or above will not display the warning banner. Details posted in https://community.canvaslms.com/docs/DOC-16493-canvas-release-notes-2019-04-20#jive_content_id_Brows... 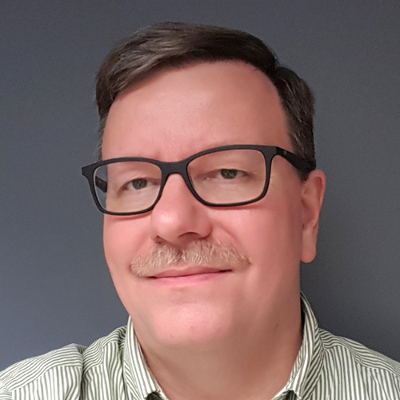 Many of us are feeling the same pain. Instructure hadn't updated their list of unsupported browsers in a while and unexpectedly decided to flag Firefox ESR without disclosing the change in the release notes. Please join my thread on the release notes comments page in which we are proposing that Firefox ESR and Chrome for Enterprise be excepted from the list of unsupported browser warnings. The warnings do no good, since the end user is unable to perform an upgrade.

Please also complain to your CSM!

axelsena
Community Contributor
In response to sendres
Jump to solution

@sendres  I was actually just responding there!

This is nothing new and wasn't a change so it shouldn't appear in the release notes. It has been practice for at least four years.

On April 15, 2015, https://community.canvaslms.com/ideas/1134 was created as a feature request. It is in cold storage so you may not be able to see it and it won't show up in the searches unless you're a member of that group.

There was a response made from Instructure on May 28, 2015. I'll repost it here since you would have to join the group to see it. There is an interesting discussion there, though, if you would like read through it.

Thank you to everyone who took the time to carefully read through and comment on this feature idea (in the current forum and, many of you, in the old forum previously). This is obviously an important issue for a lot of Canvas users, particularly in large computer lab deployments. After weighing all the opinions expressed, we have decided to continue with our decision not to support the Firefox ESR browser.

Considerations that supported this decision:

axelsena
Community Contributor
In response to James
Jump to solution

@James ‌ There was indeed a change made during the release, so it most certainly should have been included in the release notes.  The change was not around the supported browsers, but rather around the file that is used to display the message.

See the comments on https://community.canvaslms.com/docs/DOC-16493-canvas-release-notes-2019-04-20 for more details

sendres
Community Participant
In response to James
Jump to solution

You are correct that Firefox ESR being unsupported is not new. However, it _is_ a change for it to be flagged as such and that change has significant consequences for the institutions that use ESR.

We have been using Firefox ESR for some time without issue until this weekend when the warnings began popping up all over. As an institution, we are unexpectedly forced to deal with student concerns and must allocating resource to test various alternatives, build a new image, and reimage hundreds of computers with a different browser. As a small college with an IT staff of 16, unplanned situations like this strain our resources.

We try really hard for both the perception and reality to be that we are supporting our students and faculty with great learning technologies. It's one of the reasons we use Canvas. Instructure is (typically) very focused on the user experience, but in this instance it appears nobody stopped to think that this seemingly innocuous change would have on those of us who rely on Firefox ESR.

meichin
Community Participant
In response to James
Jump to solution

Thank you, James, for posting the skinny on Firefox ESR and Canvas! I have posted my thoughts after each bullet.

well that explains that. I wondered why I got that unsupported warning! Thanks for the info.

We've made a change in our browser file to reflect Firefox version 60 as the minimum browser. Any Firefox versions 60 or above will not display the warning banner. Details posted in https://community.canvaslms.com/docs/DOC-16493-canvas-release-notes-2019-04-20#jive_content_id_Brows...

meichin
Community Participant
In response to erinhmcmillan
Jump to solution

Thanks so much, Erin!  Yay!

axelsena
Community Contributor
In response to erinhmcmillan
Jump to solution

erinhallmark‌ Thanks for sharing this information!  We also heard back via our CSM.  We certainly appreciate this change.

While this topic is fresh on our mind, what is the best course of action to get some discussions going about possibly supporting ESR releases of browsers?  Would you suggest a Canvas Idea?  Or is that a better discussion to have through CSM's given the previous response to https://community.canvaslms.com/ideas/1134 ?

erinhmcmillan
Community Team
In response to axelsena
Jump to solution

The reality of browser usage is that most customers are just not using ESR versions. When we reviewed browser use earlier this week, usage of Firefox ESR is only  about  ~.4% of total Firefox users. So unfortunately, the numbers speak for themselves and supporting ESR would not be in our team's best interest. Additionally, James Jones posted a recap of a feature idea discussed in 2015; the bullet points discussed in that resolution are still applicable today.

We do appreciate your energy for supporting the extended versions of Firefox. We always continue to monitor browser usage with Canvas, and should anything strikingly change with usage, we're always happy to make considerations.

axelsena
Community Contributor
In response to erinhmcmillan
Jump to solution

At minimum, would it be possible to reach back out to the engineers to make sure the browser warning file at least is set low enough to still "allow" support for the latest ESR release?

I think we would all be comfortable with that - just looking for ways we can avoid having this problem again in 6 months!

erinhmcmillan
Community Team
In response to axelsena
Jump to solution 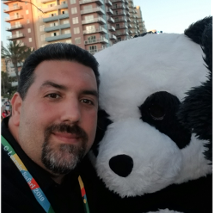 helpdesk
Advocate
In response to erinhmcmillan
Jump to solution

Could it be possible that the reason so many aren't using it is because they are aware it isn't supported? I know my school's IT department wanted to stop using Firefox altogether and some computers don't even have it on it. Now that I finally got windows 10 on my work computer (only tool 4 years) i am forced to use the extended release. when I was on 7 it was just regular FF. I use both chrome and FF when doing things especially since I have 2 admin accounts across the district.

Is there a list of things that don't work when using ESR?

axelsena
Community Contributor
In response to helpdesk
Jump to solution

I haven't come across anything that doesn't work as expected with Firefox 68 ESR.  The ESR release gets all of the security updates and such that are pushed out on a regular basis to the non ESR browsers - but they are just pushed as a point release vs a new version.

erinhmcmillan
Community Team
In response to helpdesk
Jump to solution

Firefox ESR updates with every seventh major version, so the next one coming is ESR 68. That will bring parity with the regular version and ESR for awhile (yay!) We plan to update the warning banner for users of ESR 60 at the end of September, as ESR 60 will be discontinued at the end of October per Firefox.

It looks like Instructure reverted this on Tuesday. I am using Firefox ESR 60.6.1esr on my work computer (pre-installed) and it doesn't give me the warning. Changing the user agent does still give the warning, so it appears as at least for our instance of Canvas it's fixed.

I found a little bit better solution for this problem i think its works let check it out. The new Firefox Focus automatically blocks a wide range of online trackers. Also Available: Firefox ESR (Extended Support Release), Firefox Developer. Tracking Protection in Firefox Focus protects you from trackers but may break some websites. But I have link for Windows only it may help you i think so.

check it out link are - https://techiespad.com/firefox-focus-for-pc/