Sign In Community FAQ
All idea conversations will use a new submission form beginning Monday, August 8. Read the announcement and learn more!
Turn on suggestions
Auto-suggest helps you quickly narrow down your search results by suggesting possible matches as you type.
Showing results for
Show  only  | Search instead for
Did you mean:
Options

Control Conversations at a Course Level

Control Conversations at a Course Level

We would like the ability to enable and disable Conversations/Messages and its features, like "Reply All", at a Course Level.

While these features can be edited at a role level, each course may have different messaging preferences and should be modifiable based off the course, not just the role.

Thank you!  We've been asking for this too. The tool is great for many use cases, but not for very large classes where it is often used to spam and cheat.

I don't want my students, who are younger, messaging each other privately. I'd love to have this feature.

The group email in my large section has been used to share links to social media chat groups that are at time used for non-instructional purposes. In a recent incident a student shared offensive Islamophobic material that upset several students. Faculty need to have control over tools that could be used to facilitate this kind of behavior. We need to be aware of and have control over how these resources are used by our students. I am somewhat concerned that not doing so could open myself and/or the university to litigation. I have enough to do.

We would like to be able to turn off messaging between students for some courses - so having the options at a course level is good. Upper level and online courses would want to keep the feature on, but some lower level courses we would like to turn it off (but still allow the students to message their instructor and visa-versa)

I've had issues with students selling course materials that they've compiled through the course communications, touting the idea that other students won't actually have to take the course. The problem, of course, aside from the fact that the notes are wildly incomplete, is that it sets up the idea that there are students who are getting away with simply memorizing these notes and getting A's, even though they aren't. And on a more global scale, while this is against university policy, there's not a good way of regulating this without severely hampering students' ability to take courses on campus. In large courses--particularly online courses--there is also the very real possibility of bullying, trolling, and the sharing of messages that are offensive/hostile/abusive, and that the professor knows nothing about and cannot stop.

Even if professors don't know about specific exchanges, they can often sense problems. Many times classes are wonderful and all goes brilliantly, but sometimes that doesn't happen and the dynamics deteriorate for some reason. In those moments, it's important to have the ability to intervene, moderate, or halt the course communications that happen via university LMS.

Really need this feature.  Besides the ability to cheat - I have had students who aren't comfortable with others being able to contact them - one female student in particular felt she was being class-stalked and was really uncomfortable.

I'd also like this feature on the Free for Teacher accounts. Since I have no admin, there is no way to control this. I need this when working with younger students. I want them to have the ability to message me but not each other. 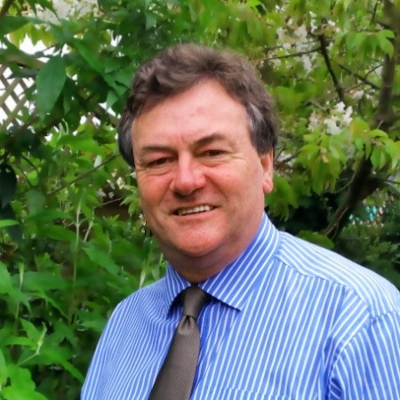 I would love to be able to control who can receive messages.

External examiners, or observers should not appear in the drop down "To" list, and should not be able to receive messages from students.

Would be very helpful to monitor students. 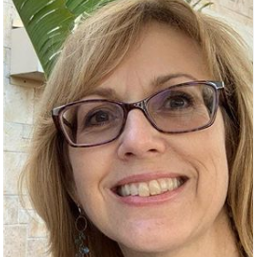 This would be extremely helpful on the elementary level.

The Canvas messaging system is far from a full-featured email client and can be difficult to use efficiently especially in a large enrollment course. In short, it is clunky. I would much rather communicate with students using my preferred email client but be able to initiate the exchange from within Canvas (I submitted another "idea" that would include mailto: links for students with their institutional email address). The only advantage I see of the Canvas system is to send mass emails to the entire class (or a specific section). This would be cumbersome in an email client.

So I propose a setting to disable the Canvas inbox for individual courses. Messages sent through Canvas (so outgoing messages) would then essentially be "do not reply" messages.

This is definitely needed if Canvas is to be used at lower grades.

I very much agree that it would be a valued feature to enable or disable inbox messages from student to student at a course level.  As Canvas grows in the K-12 market, the need will increase.

I would like the ability to turn off messaging and commenting in my course completely. My school uses an external tool as our course forum, and in large courses, we require students to do all their communicating with us through the forum. Still, we get lots of messages from students - and frustrated students when we don't see or respond to their messages. We don't want to encourage breaking the rules but we also don't want their messages to go unread, so I'd rather completely disable students' ability to message anyone, so that we can keep all the messages in the right place.

We could also use this idea from cpoch above, we should be able to turn off messages, please.

Two years later..  still wish to be able to do this.

We've requested this feature for 5 years but have been constantly ignored by Canvas personnel. They ALWAYS make it a classroom management issue but the fact is your application allows for children to communicate directly with their peers and no way to restrict this ability following repeated abuse. This is nothing more than a complete failure to address security concerns brought about by the community.

Canvas support sent me to this forum, but it appears to be a cop out on their part. Browsing through the forums, I see very little evidence of a significant number of these features ever being implemented.

@klewis, since you have actual abuse through this feature, I would suggest you do two things:

1. Talk to your district's Canvas administrator and make sure they know about the issue. Canvas is software-as-a-service, so your district has a contract with them. Maybe your district is willing to raise it through their Canvas rep and if it's still an issue at contract renegotiation time, refuse to re-sign with such a big problem. I've had much better success getting things addressed with our technology purchases through this channel than the ways they give us lowly users to complain

2. Since you said the magic word abuse, talk to your district's lawyer. A simple "cease and desist" letter from a lawyer could scare Canvas into action. Many districts live in constant fear of being sued for abuse, so I would think they would be willing to tell Canvas in an official capacity to stop. If Canvas can share some of that fear, maybe they'll do the right thing

We have disabled the ability for students to use Canvas conversations to message one another or message the entire class. This decision was made at the Provost's office-level due to cheating concerns. I have just learned that having this permission disabled prevents students from seeing the option to message "All in Teachers." They must instead select each teachers' name individually. If the permissions controlling the ability for students to send messages cannot be made more granular,  then controlling messaging privileges at the course level would be an acceptable alternative.

I'm newish to this community although not new to Canvas. Even though I teach at a community college, I too (and i know my colleagues would) want the ability to control this at the course level. We have high schoolers in our classes in a variety of ways and we are concerned about cheating, bullying, misuse of school software, and all the other issues stated above.