217 Kudos
Status: Open Submitted by gladysie on ‎08-28-2015 12:24 PM
(20)
Our instructors would like to be able to edit appointments in the scheduler instead of having to delete and recreate them.  If a student has already signed up for an appointment and it has been modified, it should notify the student and request an approval for the new time.

There are a number of situations in which this capability would be useful.

- An instructor that has accidentally created a number of appointments and needs to change them.

- A group reschedules with the instructor, it would be easier to just modify the appointment than create a new one and have them sign up again.

- A student cancels an appointment but doesn't remove themselves from the calendar.

- The instructor needs to assign students to an appointment block. (Maybe they didn't sign up yet, but the instructor wants to lock them in)

This term I have tried to work with the calendar and scheduler feature in Canvas to as part of a retention program I was doing with students. It worked great (I had over 20 students to meet with each week) in that students could independently set an appointment time that worked for them and even cancel that appointment independently when something came up for them. However, not all of my students have access to a computer or to WiFi when they are off campus. Many of them had busy schedules and were only on campus a few days a week and worked the other days. I had students who called, emailed or messaged me trying to set up an appointment time (many were able to messages me using the mobile Canvas app. but were not able to utilize that feature on their phones.) It was frustrating that I could not make or change an appointment for them.

I need to be able to schedule students for office hour visits in class.  As the scheduler does not work on the mobile app, and as I cannot sign students up for slots, what is currently happening is, I have to sign out of Canvas.  A student who needs a slot, signs in on my computer and then gets a slot.  I have to repeat this for 3 or 4 students per class.  This is not a time efficient process.  It is especially tricky because the students who need the most help in office hours are the low performers.  When I ask these students to sign up they say they'll do it later and never do.  I need to be able to sign them up for slots right there in class in my account.  I totally concur with what Ryan has proposed.  I came on this forum to propose a similar idea myself.  Like Asia, I have students emailing me to ask for an open appointment, and I have to ask them to then get into Canvas and sign up; they get frustrated and give up.

What about now?  A year has gone by.  Could you all prioritize this now?

Can I add to this: I would like the ability in the app to see who is signed up for which appointments. Also, I would like the ability to print out a paper list of who is signed up so I can post it on the door, or use it to refer to as students role through. I had a student who's computer would not let him sign up for a spot, and since I could not sign him up for the spot either, my only recourse was to DELETE the appointment slot before another student snagged it and just tell him that he had that spot. Terribly frustrating and inconvenient for all parties involved.

@arvalent , I appreciate your sharing this story. There was a great discussion of needs related to mobile appointment scheduling here:

Since our business school uses Scheduler heavily, I plan to work with the Canvas Mobile Users‌ group to establish new feature ideas for voting related to Priority: Canvas Teacher App‌ and the eventual redesign of the Canvas app for students.

I agree. It is very common to have to adjust the time frames and very frustrating to be reduced to workarounds of additional messages. At least make it possible for the scheduling instructor to indicate something is filled. We should have such override authority. 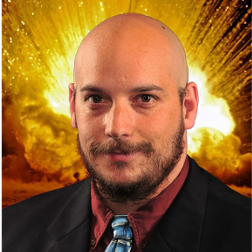 I had to create a Scheduler event with 132 appointment slots and found out that I had 45 of them wrong. I wasn't able to change them or get the fixes to show up in Scheduler. I wound up having to delete the whole thing and lost half a day's worth of work.

Reflected from our institute users, it will be great if adding the option for setting a available time range to do the sign-up will be very useful in the Scheduler too.  That is to set a time range to limit students for doing the sign-up process.

Actually this is also very useful to be applied to the Groups sign-up in People too.

As if there is no deadline set, students can keep on switching appointment groups and same applied to the Groups sign-up in People which may create chaos in big classes.

I also think that it is important to be able to edit the schedule.

Currently, I cannot modify the date&time, calendar, nor the group/individual fields of the schedule I created (the fields grayed out) despite the fact that it has never been published neither has anyone signed up. So, the only option I have is to delete the schedule and create a new one, which is, in my opinion, not user-friendly.

@thompsli ‌ just shared a terrific workaround which works with both Scheduler and New Scheduler Workflow‌ (How do I add a Scheduler appointment group in a course calendar?‌):

Use the Test Student to reserve an appointment arbitrarily. You can use the Comments block to leave a note about the purpose of the reservation (e.g., holding the reservation for another student who can't/won't be signing up on their own).

I will note that if you limit students to only one appointment slot, it will only work for one Test Student slot per class. (I use Scheduler for weekly office hours with a single pool of appointments shared between 8 different classes, so I don't run into this in practice because I have yet to have a week with more than 8 slots that I needed to block off after the fact, but it does have limits. Fortunately, Test Students in different classes seem to be treated as different "people" rather than the same student in terms of calendar sign-ups.)

I assume it would also remove the appointment if you reset your test student, but I haven't actually tested that.

@strusse ‌, this solves very little of your actual problem (which I definitely see as a good use case for why instructors should be able to sign students  up for appointments), but you don't have to log out of Canvas for your students to log in.

You can use a feature that is called something like "incognito window" in Chrome or "private window" in Firefox to open a new "sandboxed" window in your browser and have students log-in to Canvas that window, which will not have your cookies and thus won't be logged into Canvas as you. They'll still need to log into Canvas themselves, so there are some steps there, but it saves a few steps from your existing process.

I use this a lot at the beginning of the year to help parents get Observer accounts set up.

This change will only impact the stage sort of this idea and will not change how it is voted on or how it is considered during prioritization activities.  This change will streamline the list of ideas 'open for voting', making it easier for you to see the true top voted ideas in one sort, here.

In my K-12 sytem, we would like to schedule parent-teacher conferences. Could the scheduling feature be added to permissions so that Observers could make appointments?

@kraimont  users with non-Student roles currently can't reserve appointments. You may be interested in the current version of the feature idea about that:

I created an entire idea about that darn "Go" Button:

We are using a single appointment group for our learners to register their place at workshops. We have just had one of the workshops shift by 30 mins and now need to delete this (despite many learners being registered already) to set up a new appointment group which represents the correct time. We definitely need functionality to edit the time for situations such as this.

What's worse is there's no notification to instructors if students cancel or try to change things in appointments. This is a feature that existed in Sakai, that currently exists in Blackboard, but 4 years after being brought up to Canvas they still haven't fixed it on their end.

There needs to be an overhaul of the calendar/scheduler as it's okay but lacks necessary elements that should have been put in place years ago.

I get emails when students make or cancel appointments. It's one of the notification settings.

I wish it would specify which class the student was in, and use a more inclusive pronoun option than his/her, but it does exist. (I ended up leaving my notification settings very "chatty" and filtering it all to a folder in my email since there are so many things that Canvas will only communicate as notification emails.)

Of course, they can cancel right up until the start of the appointment, so if I'm not obsessively checking my email I won't know they cancelled, but that's another issue. (I open a tab with my Canvas calendar in it at the start of the day, but it doesn't auto-refresh as students make same-day appointments so I'm often caught off guard.)