Way back in 2014—which in Canvas time feels like an eon ago—product and engineering devised the idea of a feature option, which was a way to help each Canvas admin manage larger features that may disrupt the workflow if included as part of a regular release cycle. In the Account Settings and Course Settings pages, this new concept was given its own tab where most included features could be managed at any time. Depending on functionality, features may be able to be allowed or turned on at the account, sub-account, course, and user levels.

With the recent changes in the Canvas release process, it’s time to reset expectations about the mysteries of feature options.

Feature flags are always enabled as part of releases. Since any change that affects user workflows is designed behind a feature flag, the majority of feature flags in a release contain small changes enabled in Canvas by default.

Feature options are feature flags that may change the workflow for common activities in Canvas during an institution's current term and allows Canvas admins to enable the feature based on their preferred timeline. These features are determined by our product team as being optional for a specific period of time, such as the case with the New Gradebook or New Quizzes. However, all feature options will eventually be enabled for all accounts (compared to a setting, which can be enabled by individual institutions on an account- or course- basis).

To help set better expectations, we’ll be making several changes to help Canvas admins know which feature options are truly optional and which will not be.

If you’re a Canvas admin, you’ll start to notice the number of feature options start to decline in Account Settings and Course Settings because of three factors:

Let’s discuss each of these factors in detail.

Any feature option that displays as On has been previously enforced in Canvas. These options will be removed from the page so you do not have to wonder what they are and why you cannot change them.

Beginning January 2020, the following features will be enabled for all Canvas accounts:

Read about the details of these features in the Upcoming Canvas Changes page.

Some remaining feature options will be enforced at a later date, but they’re mostly options that are used with LTI or SIS tools and need to be enabled by a Customer Success Manager. Those types of feature options still display in the Feature Options page when enabled, but we want to change the configuration of those features so a separate feature option does not have to be turned on for an LTI tool to work correctly. We want users to be able to install tools without requiring this extra assistance from a Customer Success Manager. These enforcements will be outlined with their changes in an upcoming release.

As our engineering teams are able, a significant number of features will begin to transition from the feature options page to account, course, or user settings. These feature options have been determined by our product team to never be enforced.

Actual changes will be announced in the release notes as they take place, and changes may take place over several months.

Thanks for the update erinhallmark‌.

While you’re looking at making changes to the features page, is it possible we can have an [Update Features] button, like on the settings page?

The fact you can change a feature settings with no confirmation, does allow for the occasional accidental change occurring. I know of it happening at least once at our institution.

The functionality will be different, so although there won't be a confirmation, changing the feature option accidentally will be a bit harder.

Bravo!  Cleaning up the back yard is just as important as the front. 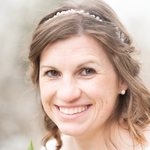