What's in a Name? Why Pronouns Matter 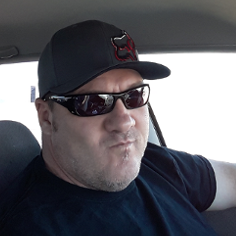 “What's in a name? that which we call a rose

By any other name would smell as sweet.”

What’s in a name? What does it mean? Why is it important?

A name is a set of words that a person, place or thing is known or addressed by. Names are important. They are one of the first things we get when we are born, and they are something that we generally carry with us till we die.

They contain our family history, our past, sometimes our future. They literally label and define who we are to the world. So they are important.

Canvas is releasing the Personal Pronouns feature to allow people to choose their own personal pronouns for their names. This is a feature that has been heavily requested in the community for years—something that’s on a list of features we’ve been wanting to get to for a long time but haven’t been able to address because of other priorities that always seemed to win in the constant balance of needs and resources.

That time has come to an end for this feature.

As we talk to customers and gather feedback—from the community, through conferences and calls, and in person—we always hear what is important to our educators, the things they need, and what’s on top of their minds. Personal pronouns was a topic we heard about over and over.

Initially this surprised me—I love being surprised in my job and this was one of those times. I initially believed personal pronouns was important for the simple reason that some students or educators wanted to more clearly express who they were, what their name was, and how they wanted to be addressed.

It was so much more complex than that.

Canvas has always had the ability for users to edit their names in their profiles, so they could add a personal pronoun there, but that wasn’t what people were really asking for. This was not directly about changing how their name was displayed.

As I talked to more and more schools and students, I found out that Personal Pronouns was less about being able to add a pronoun to a student’s name and more about creating a space where it was safe to do so. They wanted support from the school in deciding how they would represent themselves.

I was also surprised that traditionally gendered students—ones who did not have a direct need to display a gender as part of their name—were also interested. Some students have the fear of using pronouns incorrectly, or not knowing how to proceed, and they expressed a need to know how to use gender pronouns. Additionally, some expressed relief in knowing how they could use pronouns, especially in the fast-moving and often transient environments of schools and classes, without offending people.

So we decided that now was the time to give our schools the ability to create the type of learning environment their students were asking for.

We feel like we’ve achieved a good balance with the first release of the feature:

This first version is based on two pieces of feedback. First, administrators wanted the ability to set the list and make sure to avoid duplicates, misspellings, or other things that would make the list of available pronouns less usable. Second, cis-gendered students would have a list of pronouns they knew were vetted and OK to use at their school.

When lists are enabled by administrators, students can choose from the list the personal pronoun that best represents who they are to the world. If students would like another option, they can request it be added to the list so it can be displayed by their name in their profile correctly.

Pronouns has been an interesting feature, and we’re proud to continue to deliver features to customers that allow them to build the best educational experience possible for their students. There’s more to do with pronouns in the future: we’d like to tie it to the SIS, and we may add a custom field for students to add another pronoun if their preferred pronoun isn’t in the list, just to name a few. As customers use this first version, we’ll work closely with them and get feedback to evolve the feature.

As always, we are deeply appreciative of our customers. We work for you, and our entire lives revolve around delivering the best experience possible. If you have questions about this feature, let me know!

If you have ideas about how to make pronouns better in the future, take a look at the list of existing pronoun-related feature ideas that have already been added in the Ideas space and feel free to add your thoughts, or add a new idea.