Canvas converts files up to 500 MB. If a file exceeds the 500 MB limit, you can host the file through an external source such as YouTube and embed it using the Rich Content Editor. To learn more about available options for using media files in Canvas, view the Canvas Media Comparison PDF.

Canvas videos also support caption files. Once you upload a video, learn how to add captions to a video.

Open the Rich Content Editor using one of the Canvas features which support the Editor. 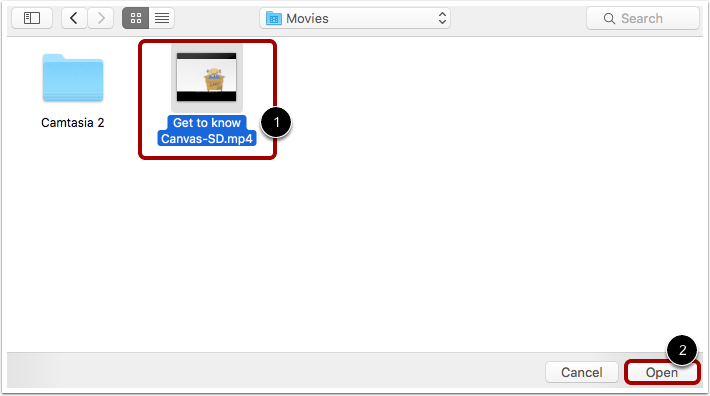 Select the video you want to upload [1]. Click the Open button [2]. 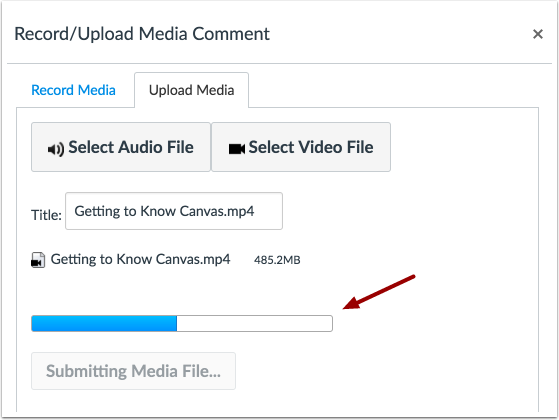 The status bar will show you the progress of your video upload. The speed of your upload will depend on your internet connection and the size of your video. Wait for your media to upload. Once the progress bar is full this window will automatically close.

View your video automatically inserted into the Rich Content Editor.

This content has been marked as final. Show 2 comments