Developer Tools #2 - Update a course nickname with the API

Before getting started with APIs, read through paragraphs 1-5 of the linked thread by  @stuart_ryan

Canvas APIs: Getting started, the practical ins and outs, gotchas, tips, and tricks

Stuart confirmed there is a working beta environment on the Canvas Free For Teachers accounts at https://canvas.beta.instructure.com

To save on lengthy screenshots, I've combined some panels, please let me know if this causes confusion.

Review the documentation anytime you want to interact with Canvas programmatically. The documentation is a great starting point to any project, then planning how you will use it in your script or program.

or in the browser console, try ENV.current_user_id 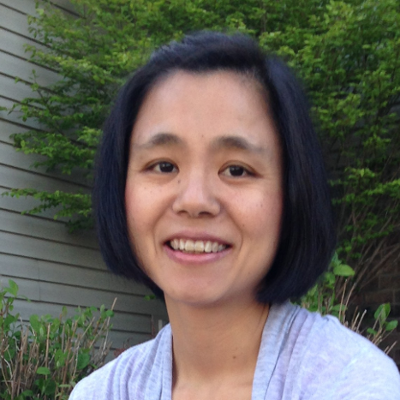 Thanks for this helpful blog. So glad I found it. I ran your sample code and it changed the nickname of a course of mine successfully. What I really want to do though is something similar but a PUT request to update an assignment, much like editing an assignment, change something, then click save. I get a 400 response code everytime when I run the code below from the console.

The responseText I get says

The URL is correct, matching what's on the network tab and all numbers in the URL are triple checked. I'd truly appreciate any insights you may have.

Alright, it appears that the payload is formatted incorrectly. It should be as follows:

I can pretty much update all the assignment attributes this way, except for the one I really want to update. My payload looks like this and response code is 200, but the field is not updated.

All of the key/value pairs are found from the  Request Payload in the network tab when I edit a certain field in an assignment from the browser. These are not values modifiable via API though according to Canvas REST API Assignment, which is why I needed to update them from the client side. Any idea how to update then? In case you are curious what they represent, they represent a plagiarism LTI tool setting in the assignment.

That seems weird -- the id field isn't part of the assignment object, it's part of the URL. But if it works for you with it but doesn't without it, then I'm not going to argue that point. I'm glad you got it working.

I don't have access to a plagarism LTI tool to verify, so I can only make guesses.

configuration_tool_type only appears in the source code three times. Only one of those lists Lti::MessageHandler. The code that follows immediately is to find the tool_id. The tool_id is found from the similarityDetectionTool. That's the 39 that you have in there. The report_visibility gets saved as originality_report_visibility.  In other words, no clue there as to why it's not working.

Is the assignment that you're updating already an external tool? If not, then there's probably more that needs changed.

Check the URL of the request going to when you update it within the web client? This is not the one you're showing, but I'm talking about under the Headers for the Network request.

If it has /api in there, then we're in luck and we can get it work outside the web client. If it doesn't have /api in the URL, then it may be because the API doesn't support it.

If the /api is there, then we just need to mimic that call, find out what fields are required and which are truly updates.

Finally, just because the documentation doesn't list something doesn't mean it doesn't work, it just means you have to work harder for it (thus the reverse engineering the requests with the developer tools).

Thanks for the reply. To answer your questions first:

However, here is more that I found out:

The big question is, how or where to get a JWT? I tried to use the same secure_params in the console like this. I get a rc of 200 but nothing updated.

I looked at JWTs at the 2018 InstructureCon with some Canvas engineers and ended up going a completely different route. However, the documentation for them mentions similarity reports, so it may work in this case. I'm not going to be able to help with this one, I don't have any way to test. Here's the API documentation, though: ### JWT Access Tokens for LTI2 Tools. The secure_params is decoded from the JWT, at least for a create. You may also find help by searching the Community for JWT, but it seems to be one of those things that you know how to use if you use them and there's little out for there you if you don't. That is, I found a lot of messages about JWT, but I didn't know how helpful they were for what you're trying to do.

I used to develop web applications and content management systems; since 2013 I've been cobbling together Canvas integrations and features for K12 Online & Blended Learning...KOBL. From LAMP stack to Canvas stack(?), and trying to make it portable one project at a time.