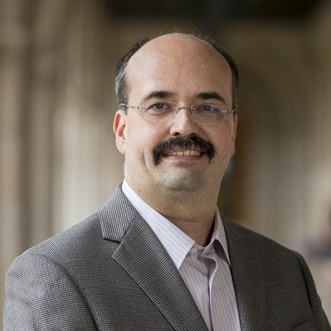 Yes I saw that.  It only describes what the problem is.  Not how to solve it.  How do you parse such a large number from Canvas in Javascript.  I KNOW the issue is that JS is only 32 bit, but how does Canvas suggest dealing with the large numbers it generates.

The suggested solution seems to be to place quotes around the ID's in JSON.  I don't control what Canvas outputs, so that it not an option.  As an enhancement request (bug fix?), I would suggest that, if Canvas is going to generate such long ID's I would suggest adding a quote.  These are not really numbers, its not like you are doing any sort of math on them.  The way it is now, it makes Javascript development more difficult than it should be.

By the way, the above JSON comes from the course list at: https://canvas.instructure.com/api/v1/courses

All of my course id's, student id's, etc are this large.

I was trying to come up with a couple of quick fixes for you but stopped when toString() won't even convert the number to a string.

I wouldn't call it a bug.

Canvas mentions the large IDs, and tells you what to do, in the very first page of the API documentation: Canvas LMS REST API Documentation

robotcars
Navigator
In response to James

I'm actually very curious about this, because I want to write more shared code that can work for any instance. Since you're the math professor, please teach me. :smileygrin:

Isn't it a bug if the ID's per SHARD can be more than the 10T defined by the code?

Thanks, James...  I checked the API docs on large numbers, this fixed it for me:

"To force all ids to strings add the request header Accept: application/json+canvas-string-ids This will cause Canvas to return even integer IDs as strings, preventing problems with languages (particularly JavaScript) that can't properly process large integers."

You're misreading that. Each shard gets up to 10 trillion IDs.

Basically, a Canvas ID is a string made up of digits instead of letters. If your system can't handle it as a number, then you have to treat it like a string.

We're on shard 1 and so all of our long IDs are between 10T <= ID < 20T and they fit without worrying about data loss since they're less than 9 quadrillion. Like you, all of mine come through without the extra padding and the included shard. But you're correct that I should probably watch out more for people in other Shards. It's one of those things that you don't think about because it's not your experience. Experiences drive beliefs and my experience was that all the Canvas IDs are short. Others may have trouble running some of the things I've written because I try to coerce them into numbers because I would rather work with numbers that strings (occupational hazard).

A conversation related to the problems that happened when the length of the keys occurred can be found here: Increased length of surrogate keys .

I hope that's enough explanation -- I've got to go pick up my daughter right now and have to stop writing.

robotcars
Navigator
In response to James

Thank you for the explanation and the extra link, really appreciated!

I have also been trying to force all IDs to numbers and this definitely creates portability problems.

Do we know if each shard is unique to a Canvas instance/institution or can multiple schools be on Shard 64?

I don't know about Shard 64 specifically, but I am about 99.999999% positive that multiple schools can be on the same shard. Otherwise, it would be extremely unlikely that we would be on shard 1 since we didn't come to Canvas until 2012. Our IDs are not sequential, which means that while course ID 1234 might be ours, 1235 might belong to someone else (and Canvas dutifully reports a 401 not authorized error when I try), yet given what Jeff is saying, we might be getting a much longer number if we weren't on shard 1.  It might (perhaps not) be easy for you to verify. Since you're able to use small IDs, what shard are you using? If it's 1 then we know that multiple institutions can share a shard

Canvas is limited by the size of PostgreSQL's BIGINT to 9,223,372,036,854,775,807 (9 quintillion). That seems safe for a while, but it does limit them to only 922K shards. Maybe they are reserving the leading digits before the shard number for something else down the line?

What I can't answer right now is if each school is limited to a single shard.