Last March the world, but specifically the world of education took a hit. Every school was faced with the dilemma of advancing their students through the remaining few weeks of school without having them in the classroom. The irony? Few schools, globally, were equipped to do so, and many teachers (and students) felt the burden of a mandated shift in teaching style.

I was approached by a Chemistry professor back around 2003 or 2004. He wanted to make his lectures more engaging. He told me that he spent 45 minutes of his 50-minute lecture time with his back to his students as he filled 24 feet of whiteboard with diagrams and sequences. He purchased an icon set of Chemistry symbols that was thorough enough to do what he needed to do for Chemistry and Organic Chemistry. He knew that it would be labor-intensive to redo his lectures...making each diagram accurate for each slide - in each lecture - for each course. It was daunting, but he felt that the investment and the visual accuracy was well worth it.

The next thought looming over his head was that online courses had become of interest to our school and we already had a fully online MBA program and the administration was looking for more. All professors were being encouraged to start building courses that could be used to build online programs, but the direction was still pretty soft. He knew it would be most advantageous to try to work one solution for in-class student engagement as well as generating online content.

So here's a recipe:
Your PowerPoints
Your Blackboard Course(s)
Camtasia (or any other screen capture software with audio capability)
a Tablet or TabletPC

Go back and envision the chemistry professor with his back to the lecture hall, hand-writing complex diagrams and symbols on the whiteboard. At the start of the next semester, he was able to stand facing his students with a small Fujitsu tablet PC in his hand (with Camtasia recording his screen in the background). Although it was tethered to a VGA cable, he was finally able to engage his students as he advanced the slides. Also, he intentionally didn't fill out every detail on the slides. Instead, he would leave certain items blank and he would draw them in with a stylus and make notations "live" on the screen. Furthermore, everything he said was being recorded by Camtasia. Every slide, every stylus notation, and every word was recorded. At the conclusion of his lecture, he would tap the "stop" button floating near the bottom corner of the monitor and a .swf or .mp4 file would be generated (in about 15 minutes). He would then upload the file into Blackboard so that students could review - if they chose to do so. He told me that he kept his attendance policy in place, and the students knew that the lecture would always be available to them, but they still had to show up.
To this day, students ADORED him for this. They didn't try to skip the lecture, knowing it will be available online. Instead, it allowed them to focus in class, knowing that they could review later, on their own time. This instructor has some of the highest ratings at this university.

Whether you are using a tablet with PowerPoints, or a Smartboard, you can move forward with this scenario. In fact, you may not have nearly the amount of effort in redesigning anything. As you already know, PowerPoint has screen-by-screen notation possible, so that may even be an option. Learning to convert face-to-face experiences into a hybrid or online standalone asset has been crucial over the last year, and hopefully some knowledge-share will be beneficial in helping each other reach our goals - to help students succeed. 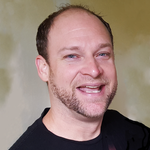 I have twenty-one years of experience in Higher Education in Faculty Development and LMS Admin roles as Title III Director, Director of Distance Learning, and Director-Center for Excellence. I have worked at or consulted for multi-campus community college systems, private universities, global insurance and healthcare companies, and the US Air Force.