My institution, the University of St. Francis, in Joliet, has been using-- indeed we championed-- Canvas Studio ever since it first came out of the cradle as "Arc Video."  Of enormous import to our instructors, especially those in the college of nursing, was the ability for students to upload videos to assignments with comments enabled so that instructors could, privately to the student, reinforce or remediate performance with specific "bubble" comments at critical points on the timeline.  Over the years, scores if not hundreds of nursing students have uploaded physical assessment videos and received feedback in a convenient way that made grading available and easy for instructors.

As of the Canvas Studio Release reported on June 28, 2021, that capability has been turned off by Canvas.  There is no reasonable explanation for this.  The ability to "allow comments" has now been converted the jargon of "display media tabs."

When I reported this as a problem to Canvas it got escalated to Level 2 and their personnel notified me that the ability to "display media tabs" was still retained in IOS device submissions (iPhones) and that "this has been escalated to our mobile engineers so that they can take a look at this."  I presume, then, that the ability for nursing and other students to submit videos from their iPhones to Canvas assignments has now, also, been put at risk.  Imagine, from students cell phones-- one of the most convenient and practical solutions students have had for handling video in the context of assignment submissions may be terminated.

I myself teach video production:  editing and documentary-making.  The ability to create a Canvas assignment that prompts the student to submit a rough cut to an assignment for grading and evaluation has been extremely valuable for both myself and students.  No hoops to jump through, as there would be with sharing the video in the Studio environment.

I argue that the decision to eliminate comments, "media tabs," in student assignment submissions is ill-conceived and should be reversed immediately.  It is wrong-headed, or at least wrongly informed.  Or worse, it was cavalier and not informed by any evidence whatsoever.

Canvas Studio remains a useful tool at USF for so many reasons as I'm sure it is for other institutions that have embraced and adopted it, for quizzing, annotations, and assessment (even with assignments turned off).  But this is a step backward that now invites competitive scrutiny of other applications.

I whole heartedly agree!  The comment feature is intuitive, easy, and oh-so-helpful and critical to delivery and feedback. I have used this feature since its inception and our course design is dependent on it.  Please, please return this feature. Thank you.

Thank you for sharing your concerns! As of today, there is a possibility to Display media tabs for both Text Entry and Studio based assignments on Beta - and this change will go live next Monday. This means that by default students will submit assignments with commenting ON but that can be changed to OFF if it is necessary for whatever reason.

We are aware that this is not the best solution (e.g. to provide anonymous grading) and we have plans to make this much better in the future. 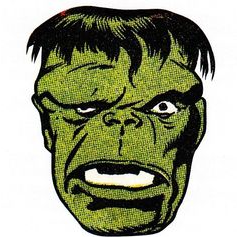 I will take a look at Beta.

There is something here that is going sideways for me.  What is this concern about anonymous grading?  How did it come up?  And what does that have to do with video submissions to assignments?  When a student submits a video to an assignment, and the instructor grades it, that manifests a private relationship between instructor and student.  The only I can see anonymous grading becoming an issue is through peer reviews that are not set for anonymous evaluation.

What am I missing here?

You are not missing anything here at all - I am sorry If I was confusing you. The primary reason we changed 'Allow Comments' to 'Display Media Tabs' was to make Studio future proof with our upcoming plans and that had some minor impact on grading anonymously in Canvas/Studio as well.

More specifically on the later one, if you carefully take a look at the way homework assignments work when students submit a Studio media, it is currently not possible to allow comments but also hide the student's identity at the same time. We want to enable this in the future since it is a valid scenario which already exists in Canvas.

I'd really appreciate if you take a look at the Beta solution - your feedback would mean a lot to us!

Akos, w.r.t. your statement, "it is currently not possible to allow comments but also hide the student's identity at the same time," I respectfully claim that this has nothing to do with my request for reinstatement of the feature.

My gut reaction is of course...  OF COURSE the instructor can see who is submitting the video.  It is a manifestation of the private instructor-student relationship to evaluate and grade that student's work.  This is absolutely fundamental to providing clear feedback to the student!  As a result, students can click on the timestamp of the feedback, and go right to the point of the video where learning is strengthened or remediated.  That is no small deal!

So, if you feel it's absolutely necessary, add a toggle to submit the video anonymously (though I don't see the point of that with a Canvas assignment submission), do not take away the feature that many instructors have come to rely upon, and not just myself, either.

I will say again, this feature that combines video evaluation, substantive, specific, and convenient, with grading via the Speedgrader, is the primary reason why this institution adopted Canvas Studio, then known as Arc, in the first place.

I see Canvas conflating anonymity with privacy; if that's the case, please. underthink it, don't over think it.