Welcome to 2020. I hope everyone had a fun, relaxing holiday break. This time of year always provides an opportunity to reflect back on what the previous year shaped up to be, as well as look ahead to what the new year might bring. I thought I’d take a few minutes to do something similar for Catalog.

2019 was an interesting year for Catalog full of steady improvements to the back and front end, team structure changes, and balancing a broadening set of priorities. To begin the recap of this year, let me list many of the product accomplishments that the team had:

Improvements to Catalog reporting - The Reports section of Catalog was rewritten from the ground up in a framework that’s much easier for our team to support and work in. With the rewrite we took the opportunity to add a few improvements, such as sortable headers, pagination, date range filtering, catalog level exporting, and accessibility enhancements.

We also added a new “completions” tab to the analytics page, allowing admins to pull data by completion. This tab provided the perfect place for us to surface certificates that had been issued to students, so admins can now view those there.

Listing Create/Edit page rewrite - Similar to the reports page, we’ve rewritten the create/edit page in Catalog from scratch, using a framework that will be much easier for the team to maintain and build upon in the future. Along the way, we added some small touches that we’ve heard requests for, including:

One of the big issues with the previous create/edit page was the lack of accessibility support. With the rewrite, we’ve updated our components and fields to behave appropriately with keyboard navigation as well and screenreader alerts, including an all new rich content editor.

Show canvas enrolled courses on Dashboard - We’ve created a setting that allows admins to have more control over how the student dashboard gets populated.

Move from Pandahooks to Live Events - We’ve made a backend change to the underlying communication between Catalog and Canvas. In the past, Catalog has relied on a technology called webhooks, which didn’t have the error protection that we needed. With Live Events, if an event encounters an error it will keep trying for 24 hours. Completions and enrollments now sync more reliably between the two systems. We’ve been running both side by side for several months and are officially turning on live events this week.

Beta environments for all regions - Catalog now has a beta environment in every region, allowing all of our customers to test new features and ideas in a safe environment.

Catalog added to Bugcrowd - Catalog has been added to our bugcrowd environment.

Better high-enrollment event handling - We spent time this year making infrastructure improvements that allow Catalog to better support large enrollment events. This situation can happen when a new program or listing is opened for the first time, for example.

Non-Functional Requirement improvements - Part of keeping platforms healthy is making sure that we’re spending time working on our non-functional requirements—the team spent several weeks this year making sure that Catalog is adhering to the latest best practices such as performance, security, database redundancy, and backups.

Reduced maintenance downtime windows - No one likes scheduled downtime. We diligently avoid scheduling downtime for maintenance, but on very rare occasions we have to take the app down for a brief window. We’ve made some optimizations to that process that allow us to get things back up even quicker than before.

Alright. That covers a lot of the Catalog work that the team pushed out this year.

Now, let me spend a minute or two on the team structure changes. The education side of Instructure recently reorganized the engineering teams into what are called charters. Each charter has areas that they’re responsible for. This change is aimed at providing more structure and clarity.

As part of this change, the Catalog team members were added to an existing team. The collective team owns some exciting and critical areas of Canvas in addition to Catalog, including the Gradebook and Speedgrader. I can’t tell you how excited I am for this new team structure.

For the next several months, the team is going to be focused primarily on projects in Gradebook and Speedgrader. We will still be maintaining Catalog and resolving issues that come up. And, depending on how things go, we might be able to squeeze a few small Catalog feature projects into the mix (keep your eyes peeled for a new API endpoint to drop users from catalog listings).

While our focus for the first part of this year isn’t squarely on Catalog, we do have projects that we’re really excited about for Catalog down the road. Stay tuned for a post on upcoming development as we get a bit closer to those projects.

Where can this feature be found in Catalog? I do not see it and we are only seeing self-paced and not dates: Respecting course date settings when creating new sections - When sections are created in Canvas, we now use the course date settings, eliminating the administrative overhead needed in the past to update the sections after they were completed.

Also, does this mean there will not be new releases regarding Catalog in the near future? Also, can you provide the future refresh dates for Catalog?

For the new API drop feature, will this feature be embedded into Catalog or would you need to write a script to do this task?

Good questions. We had a bug with the new Create/Edit listings page. We released a hot fix last week that resolved the issue. If you update effected listings the dates should be saving appropriately. The feature that you mention is unrelated to the bug.

As to your questions about future releases, our main focus for the next few months is going to be on other areas of Canvas. If we're able to stay on track, our hope is to have some small releases during that time for Catalog. Regardless of the feature work that we're able to get done, we'll always take time to resolve support concerns and make sure Catalog keeps running smoothy.

The API will be publicly available and added to our API documentation, but there won't be a UI button at this time for admins to delete enrollments.

I just added the release and beta refresh schedule. Thanks!

Thanks! I just saw that the Section for New Enrollments functionality is fixed -- yay!! Do you have a timeline for when the populating of a URL will be fixed?

Also, would it be possible to have a spreadsheet or table for when the refresh will occur so we know in case of holidays?

Will there ever be a functionality in the UI to drop students instead of having to masquerade as a person to drop someone?

Hey Jessica! It's hard to say on that engineering ticket, but we will let you know as soon as we have an update. 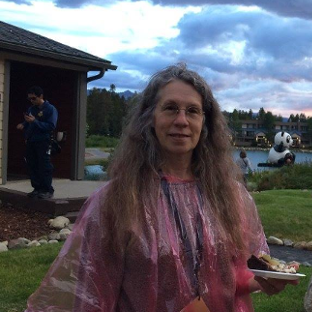 Does the release schedule mean that Catalog Beta will be refreshed on the Monday following every Canvas update, e.g., including this coming Monday, 2/17/2020, even if there is no Catalog Release? Just curious, since I have a developer working in Beta at this time, and presumably their API Key will stop working when Beta is refreshed.

I would love to know this too  @fosterl ‌. Is there an actual release schedule that we can go by much like the Canvas one?

Yes, Catalog Beta will refresh the Monday after every Canvas release. Next week though, it will refresh on Tuesday because of the holiday.

Thanks  @kjerome ‌! I can't tell you how great it is to have a known schedule for Beta refreshes for Catalog! 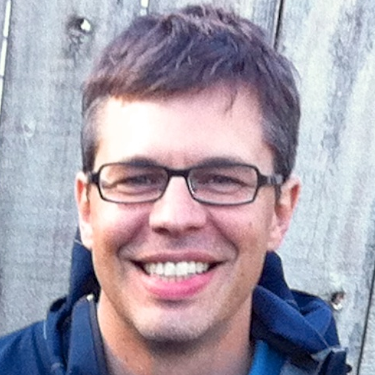 Adding our institution's voice to a growing chorus that Instructure continues to expand and add to the feature set of Catalog. We view Catalog as a critical component, not a secondary one, for our strategic plan. While we knew what we were getting when we adopted Catalog, the compelling feature was it's connection to Canvas.

Many of the things we want to see happen, particularly with regard to data, might be accomplished if we had resources to take advantage of the APIs, etc. Could Instructure perhaps contract out, empower a third-party solution to some of the data and reporting needs many Catalog users are asking for?

I'm really disappointed to hear that Catalog development is being relegated to a lower priority in exchange for  Speedgrader and Gradebook work (though I appreciate the updates to these core Canvas features). Catalog has been limping along for quite some time and we'd like to see some dedicated resources to building out it's functionality.

I second Nathan and would like to add some of the ideas that would improve Catalog's usability (and it's simple stuff!)

The LMS experience and user-friendliness of Canvas is unbeatable, and the help people are incredible!  Instructure just needs to treat Catalog as more than an stepchild they are obligated to drag along. 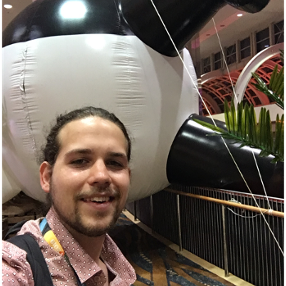 You just perfectly summarized any and all issues / troubles my institution has had with Catalog in the past year - I could not have put it better myself!

I worked at an Ed-Tech startup before joining Instructure and am now part of the Canvas product team. When not spending time with my family I can be found reading or playing board games.