Recently IMS Global Learning Consortium announced an unprecedented number of education platforms who have been identified as early adopters of LTI Advantage and have run through early certification testing. The next day Instructure issued a statement in support of this IMS announcement. I have to admit there was quite some time where I wasn’t certain we would get to this point. Looking back over the last 5 years I have been actively involved in the evolution of the LTI standards.  It has been a bumpy, but exciting road. In 2013, after a year of specialized Canvas integration work, I was offered the opportunity by Brian Whitmer to work with a super small team which was focused on supporting LTI 1.1. These were exciting times! Within my first year, we implemented an app listing repository, simplified tool installation in Canvas, polished up resource selection (which ultimately transitioned into the Deep Linking standard) and started to see exponential adoption right out of the gate.

Then came LTI 2.0. We were excited by the possibilities this next generation standard could bring to the market, but highly uncertain of the overall strategy and complexity of this new core standard. With my small team we worked on implementing as best we could for 9 months and I finally had to make a decision. Do we keep plowing forward or do we pause and take a step back? I chose the latter and decided to see what came from the market. Over the next 2-3 years, I fielded many questions about this new standard, but only a few vendors rolled the dice and implemented it. When it came to standards evolution, I felt like we were listening to a broken record, continually finding ourselves witnessing the same conversations over and over. It was exhausting!

Fortunately in late 2017, to IMS’ credit, they were listening to the industry regarding concerns about the continued use of OAuth 1.0a signing and LTI 2.x complexities which opened the door to have new conversations. For me, this is where standards work became exciting again. I started to witness unprecedented collaboration within the working group between various organizations. Many of these organizations are direct competitors in the market space.  It was awe inspiring to see the contributors from these organizations roll up their sleeves and work together with the goal to bring something great to the market.

Fast forward to today. IMS is on the verge of releasing the following standards to the market:

In other exciting news, I’m witnessing an unprecedented amount of actual integration work being done by both our customers and vendors expanding Canvas capabilities with innovative applications. At IMS bootcamps I’ve seen engineers create a simple application within a day incorporating all the LTI Advantage standards using widely available code libraries and a great reference implementation tool IMS created. This definitely wasn’t the case previously. However, there is still a ton of work to do. If our journey was compared to a climb to summit Mount Everest we’re right between the last two camps and getting anxious about that last leg over the steps and the remaining ascent to the top. IMS still needs to wrap up remaining work and release the final standards to the public which are well underway. From the platform side, although we’ve been through early certification tests, we continue to collaborate with early adopter tools to harden and prove these new standards with our implementation work. In Canvas specifically, soon our customers will be able to beta test implementations with early adopting vendors. We are still working on extending deep linking support to provide parity with our LTI v1.1 extensions and are re-evaluating our current configuration experience.

The future is bright when it comes to education technology interoperability. As we look forward together, our goal should be to remove barriers and provide actual value to those who are most important. For Instructure, these are the students who are the future of our societies around the world. We have a stewardship to implement technology responsibly in the teaching and learning process. Standards development isn’t as glamorous as other really popular education initiatives but has the capability to support and allow us to implement these other ideas with more efficiency and as I look to the future this is where things get really exciting. 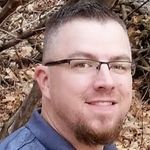