We’re excited to announce that the release notes are undergoing some additional upcoming changes that will help you keep up with our product team’s latest and greatest! These changes will be effective with the August 4 release.

Without boring you with all the small details, here are the main highlights that are coming to the release notes:

Release notes will reside in their own subspaces. You can easily access and follow release notes for one or more products without having to get notes for other products.

We want everyone to be able to manage their own preferences about what release notes documents they receive. Currently, following the release notes space means you get spammed with every product’s release notes, whether you want to read them or not. Additionally, we don’t want you to have to rely on Instructure’s mailing lists as to whether or not you receive an update. We even created a new document to specifically show how to follow release notes in each space and how to manage your community preferences.

The main release notes page for each product will receive a design update that displays a summary of the last four releases. This change means that you can see what features were recently deployed without having to view previous release notes documents. Additionally, you’ll also be able to identify feature options more easily.

Some products—more than others—have lots of features as part of each release. Can you keep track of which features came out in each release? Can you tell which ones are feature options or LTI tools? Neither can we. So we’ve improved historical viewing for everyone. If you can’t find what you’re looking for in the main release notes product page, we have a comprehensive list of all feature releases that we keep updated as well.

Here's an example of what the July 14 Canvas release would look like with this new page design:

You’ve let us know that it’s hard to keep track of both documents, considering the beta notes are only published for a week before the production notes are published. Additionally, most everything that is announced in the beta release notes is included in the production release notes. With these changes, we may still need to make adjustments during the release but we’ll announce them in the same document. (And we’ve created an easier way for you to see what we change through the release, too, if applicable.)

Each release provides the full details but also summarizes features by user role. This change helps all users get the information they are looking for without having to create additional documentation.

Each user role only cares about how a feature affects them. If I’m a teacher, I probably don’t care what admins can do. If I’m an admin, however, I care about how a feature affects everyone. Regardless of your role, you can view documents that show you exactly what you should care about and why. The best part is that these documents are hosted as Google docs, so they can be easily shared throughout your institution.

If you have additional questions, feel free to leave comments below, or you can also chat with me live on July 11 in the Release Notes Changes CanvasLIVE meetup. 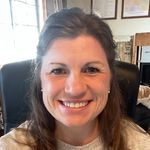