Sign In Community FAQ
Contest Announcement! The Value of Community is open now through September 30th! Learn more about this blogging and design opportunity.
Turn on suggestions
Auto-suggest helps you quickly narrow down your search results by suggesting possible matches as you type.
Showing results for
Show  only  | Search instead for
Did you mean:

The Hubris of Contrast Ratio

When it comes to color contrast some of us probably have these numbers from the WCAG 2.x memorized: 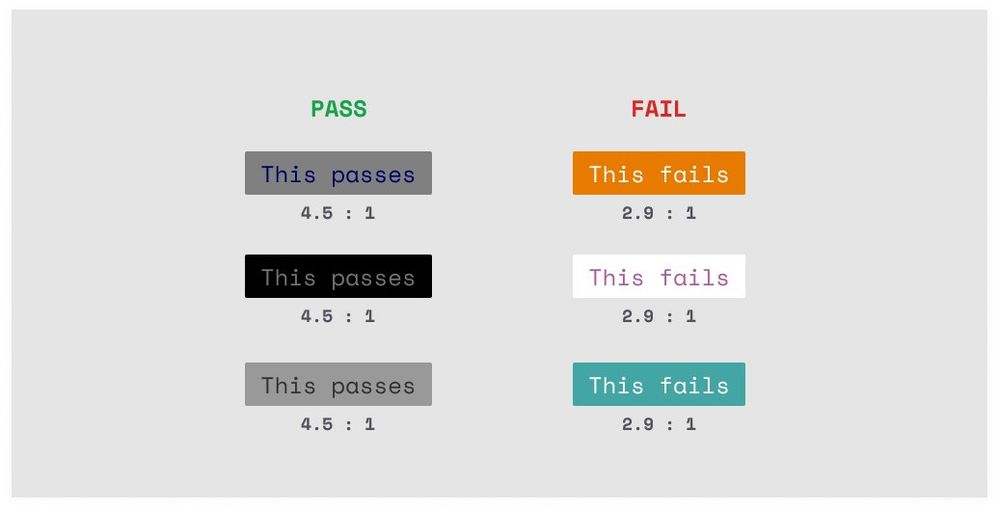 "What do you mean you couldn't read the assignment instructions? The colors pass contrast ratio!"

As Dan shows, even though the contrast calculation generally works well, and a lot of early blogs used to look like the middle of the PASS column, the currently accepted calculation has some obvious flaws in actual usage. Perceived contrast is tremendously altered by the context it appears in, which the current calculation does not adequately account for.

Like all perceptions it is context sensitive, meaning what is around it and its purpose affects how you see it. Contrast is also substantially affected by "spatial frequency" which essentially means font size and weight, and is closely related to our brain's lightness perception (aka luminance contrast). When it comes to color contrast, as in hue/chroma/saturation, the effect is less relevant to readability. High lightness/darkness contrast is required for fluent readability at best speed and comprehension, especially small body text in columns or blocks.
via Why APCA as a New Contrast Method

The new Advanced Perceptual Contrast Algorithm (APCA) planned to be adopted in WCAG 3.0 aims to address these limitations, as Dan again shows. 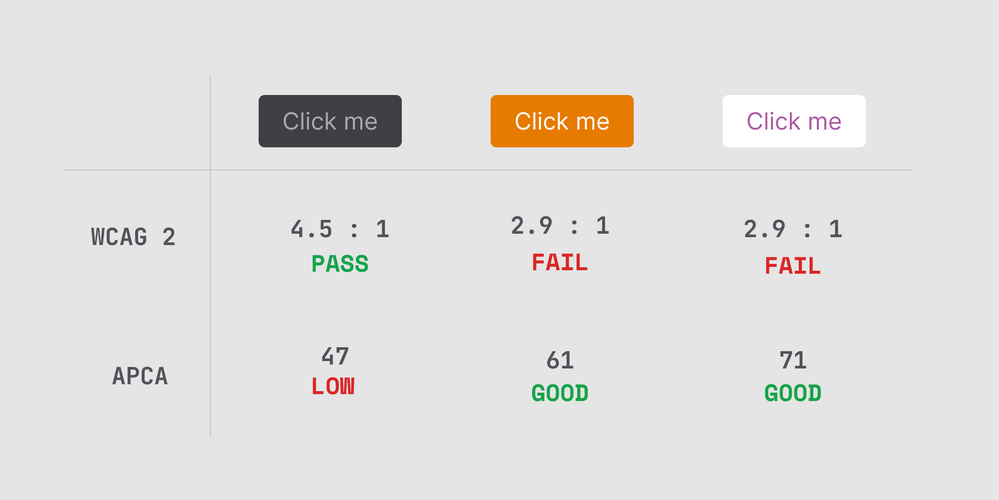 As of this writing, the WCAG 3.0 guidelines are not finalized and could still change dramatically before they are, so nothing is changing in Canvas just yet! So why share this if we're not implementing it in Canvas soon? I share this as a reminder that accessibility and best providing accommodations for those with disabilities is an evolving field.

As a Canvas Product Manager, I strive to build an accessible platform with tools that make creating accessible content easy. As educators, we focus on the individual learner's needs and how we can best provide for them, how ever the guidelines change. 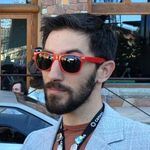