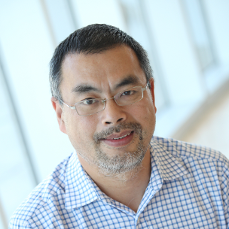 by bxf13b in Idea Conversations
This is a much-needed feature. Please consider it! ... View more

by bxf13b in Canvas Question Forum
@morrisj1 You are right, these two sequences both result in students getting 90. I am not saying that the current method is fine. Simply penalizing late attempts would be an improvement in the situation you described, to allow students another attempt at a later time, with the assurance that their score can go up, stay the same, but not go down.  I am not yet sure whether to accept the late attempt with a higher grade serves the purpose of encouraging on-time completion. I just hope that Canvas will provide more choices for faculty to cater to different teacher preferences. I appreciate your responses and wish you the best. ... View more

by bxf13b in Canvas Question Forum
You do acknowledge these are loopholes. Reverse the sequence is not a fix, it creates a different set of issues.  You cannot talk about the use of educational technology without talking about pedagogy as well. They are not entities that can be separated to live in mutually exclusive spheres. I would not encourage anyone to send confusing messages to students that maybe being late is held accountable and then maybe it doesn't, as long as you make a higher score after the penalty. That is NOT a good way to design or teach a course.  I am just a user as you are. There are plenty of ways Canvas can change in so many other areas, and even regarding this interesting issue. I have suggested a few alternative ways to make changes. If you think what I said gives Canvas the support not to change in the way you want, perhaps your suggestion needs some further thought.  ... View more

by bxf13b in Canvas Question Forum
@morrisj1  I appreciate your explanation and the thinking behind it. This is a loophole that I tried to explain with one of your examples. "Example 1: On time attempt score: 80 Late attempt score: 100 (before penalty), 90 (after penalty) Current order of operations: 100 > 80, 100-.1x100=90, final score=90 (accurate)." To you this is accurate because this is the message you try to convey: "Don't be late or you'll be penalized. But, if you happen to do SO much better on the late attempt that, after the penalty, your score is higher than your on-time attempt, then I'll bump your score up to your new high score." To another professor, the method to compare two scores and take the highest (even with the penalty applied) could be a problem. Here is one scenario, by slightly adjusting some of what you have said: Student makes first and on time attempt score: 80 The teacher releases the correct responses upon the due date, so everyone became aware of the correct answers. Equipped with knowledge about the correct responses, the student makes a late attempt, after having seen the correct responses, and scores 100 (before penalty), and 90 (after penalty) Using what you proposed, to apply the penalty and take the highest of the attempts, the student earns the final score of 90. The teacher and other students may not think that is a fair approach.  The message you try to send might help you and your students, but it may create issues for others.  Therefore, as I said earlier, I still support a change, but insofar as the change gives a teacher the flexibility to choose which columns the late policies can apply (just like the post grade policy), or gives a teacher to choose which sequence to use. ... View more

by bxf13b in Canvas Question Forum
I do support your effort to get Canvas to make changes! More flexibility means power to the teacher! I have made an earnest effort to clarify that in my previous response.  However, I feel annoyed that I am being talked down to when you say that I don't seem to see or understand this or that.  I understand it well. I just disagree about the solutions. I just have reservations  about the message one could send. I also worry about potential loopholes the suggested change creates. Let's say that the student made 80 the first time, and the second attempt was late and this student made 100, and the late policy took away 10% leaving 90. And the solution some in the thread seek would keep the 90, since the sequence sought is to apply the penalty first and then compare to award the highest score. This WILL be a loophole unless Canvas can change their algorithm to still take the first attempt even if the late attempt earned a student a higher score with the late policy applied! That would be ideal if Canvas can allow that. Again, I would hope that Canvas provides that kind of flexibility. Otherwise, you substitute one problem with another or more if you request Canvas to simply reverse the order. More importantly, what are you saying to students here? Oh, don't be late, or you will be penalized. Oh wait.  Maybe not, if your score is higher with the late policy applied. We'll take the highest score anyways, late or not. If I were that student, I would say, make up your mind! Or I would tell my buddy: Hey, I found that if you take it late, and you made a higher score, you get the higher score and the professor doesn't even notice or care. A better solution would be to make late policy locally applicable to grade columns instead of globally for everything. Before that happens, I still would do any of these: Change the due date for all or some students when situations warrant such changes (such as preparation for exam); Adjust lateness manually for students if you decide to accept it for certain situations; I thought students deserve the kind of individual consideration. If you want to automate everything and avoid hassle, maybe rethink the assessment method. Stick to the due date and the penalty policy. Create a practice quiz, especially when you use question banks, to help students study for the exams.     ... View more

by bxf13b in Canvas Question Forum
Hi Katie,  I am an instructional designer and I also teach. When I teach, I make adjustments individually. It has worked for me. When asked by one of our faculty members about the same issue, I checked to find if there are other solutions because I also wonder what others do in such situations. After reading y'all's responses, I have revised my response to indicate mine as only a workaround. If we can have Canvas update its features that would be great. I apologize for the confusion I might have caused. However, beyond feature updates, I still have my reservations about allowing late attempts past the due date without a penalty if the same penalty is applied to students who tried only once after the due date if all students are allowed to turn in assignments late. Wouldn't that be unfair for other students? If that should be done, why not move the due date forward to give everyone an equitable chance? That way, everyone can have multiple attempts before the due date and the highest score would be kept. What scenario would make it desirable to not implement the late policy for people who make attempts after the due dates to get a higher score? We cannot have it both ways. If exceptions have to be made, we can set a different due date for (a) student(s) in special circumstances, or as I suggested earlier, adjust case by case. In terms of features, I would rather that Canvas allows individual late policies for assignments rather than a global change (just like the post grade policies). I can understand that we may want to be more lenient in some assignments and stricter in others. However, it could cause a lot more confusion for students as well. ... View more

by bxf13b in Canvas Question Forum
I would rather address this issue case by case.   You can adjust the status in the gradebook as shown in this workaround video: https://youtu.be/vJfFe2Fx3Gw ... View more

by bxf13b in Idea Conversations
Please add the feature to allow the editing or deletion of saved comments for free-form rubrics. This is such a necessary feature. There is no workaround either while this feature is waiting to be added.  Thank you! ... View more

by bxf13b in Canvas Question Forum
After one of our professors discovered a mistake in an answer in a Studio Video Quiz, he changed it in quiz editing in Studio, but students taking it after the change found that Studio still shows the wrong answer as the correct one. What can be done to fix it? Thanks! ... View more
Labels

by bxf13b in Studio Discussion
Could you advise what you need to update? OS, the Recorder Software or were you referring to an update in Canvas? Thank you! ... View more

by bxf13b in Canvas Releases
Thank you very much! ... View more

by bxf13b in Canvas Releases
What is the "push" function for in in course-level notification? If it is already possible to customize the notification frequency as "immediately", what does "push" do in particular that is different from "asap" notification? Is it a faculty-only overwrite function?  If so, where is the notification pushed? To email, text message, other user-created communication method... or all of the above? ... View more

Re: Using screencast videos to give feedback

by bxf13b in Canvas Instructional Designer Discussion
Hi Kona, In the Canvas Unconference which you hosted this year, I shared the method with a few and generated some interest in this area.  I was asked to start a thread here. We do not have ARC yet, so we use things like Screencast-o-matic or Camtasia for producing the videos, which then we could update to media comments.  We have some faculty members doing this for some time now and they, as well as their students, love it. ... View more

Using screencast videos to give feedback

by bxf13b in Canvas Instructional Designer Discussion
1 Kudo
1 Kudo
One of the greatest features of Canvas is the ability to use media to give feedback, which has the potential to speed up the grading process, improve faculty-student relationships, and encourage students to act upon feedback.  Screencast videos can be especially helpful.  It brings a "show-and-tell" element to grading and feedback that is easy to implement and effective for students to learn. I am wondering if anyone in your institution is using screencast videos (produced with such apps as Explain Everything, Jing, Screencast-o-matic, Camtasia, etc) regularly to give feedback to student assignments. If you do, I'd love to form a group about this topic.  If anyone wants to learn how to do it, let me know as well (bxf13b@acu.edu).  Thanks. ... View more

by bxf13b in Canvas Instructional Designer Discussion
1 Kudo
1 Kudo
Hi Friends, One of our professors wants to know how can we make ePortfolio more mobile-friendly.  Does anyone have experience/best practices in this area?  Thanks a lot! ... View more

by bxf13b in Idea Conversations
I'm with you.  What I found are temporary workarounds. ... View more

by bxf13b in Idea Conversations
Here is my suggestion for a workaround, while Canvas is developing this feature. ... View more
Community Statistics