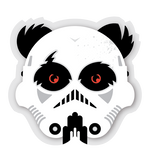 Re: Have two due dates for peer review assignments

by donaldjo in Canvas Ideas
Two due dates might also be useful in discussions. Some instructors have a due date for initial post and another due date for subsequent participation in the discussion. ... View more

Re: Order Discussion Posts from Newest to Oldest

by donaldjo in Idea Conversations
Because different courses have different needs, I believe this should be an option, but not a default setting. ... View more

by donaldjo in Canvas Ideas
502 Kudos
502 Kudos
Group settings should be included when doing a course copy or Import.   I have a course which relies heavily on an intricate set of groups tied to assignments (it's a negotiations course) so I need to be able to copy the course over from term to term in complete form. Currently whenever I copy the course, the groups are all lost, as well as the tying of groups to the appropriate assignments. Re-creating the groups and then re-tying them to assignments takes an incredible amount of time.     Comments from Instructure   The Canvas Production Release Notes (2015-06-27) indicate that importing a course with group assignments now brings the group assignment settings to the new course; however, upon testing the group structures within a group set do not come with it.  For this reason we will keep this feature idea open for voting.  We will continue testing and update this post as soon as we have more information.   Course Settings and Grading Schemes Importing Course Settings from a Canvas course export package also imports the grading scheme.   Explanation : When a user imported selective course content from a Canvas export package, the grading scheme was not included in the import. Importing the entire course was not affected. This behavior occurred because Canvas was not verifying grading standard copies if it was part of selected content. Canvas code has been updated to import the course grading scheme when part of selected course content. ... View more
Labels
Community Statistics