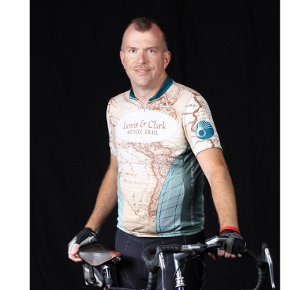 by mwade in Canvas Admin Discussion
I guess what I don't understand is why Canvas address? Can't be all that hard... ... View more

by mwade in Canvas Admin Discussion
Ok, so this doesn't solve the problem - it's just a work around that we have already done. There are still two login pages... ... View more

by mwade in Canvas Admin Discussion
1 Kudo
1 Kudo
How do we get this implemented? ... View more

by mwade in Canvas Admin Discussion
This has pretty much been ignored by Instructure. It has definately NOT been resolved or answered. ... View more

by mwade in Canvas Admin Discussion
5 Kudos
5 Kudos
We use LDAP for our staff and students, but have our parents/observers use thier own e-mail address and canvas authentication. It seems that we have to send the users to two different login pages /login/ldap login/canvas This is confusing to our end users and clunky at best. Is there a way to unify this? Or at least add a link to the /login/ldap page to take them to the observer login page? ... View more

by mwade in Community Users
3 Kudos
3 Kudos
@Chris_Hofer : I've addressed most of the items you bring up at various times in this discussion, so I won't repeat them here. I will say that while Canvas does a good job of listening, that doesn't mean that there isn't room for improvement. I hope that loyal, longtime Canvas users are willing to look openly at the questions raised so we can all grow from them. ... View more

by mwade in Community Users
1 Kudo
1 Kudo
@scottdennis ‌, I thought the whole point of voting on ideas was to answer half of those questions! ... View more

by mwade in Community Users
3 Kudos
3 Kudos
A couple issues. If Canvas has allocated 20% to the  Khaki group priorities, where is the other 80 percent allocated? Is that all to internal priorities? More specifically, how much development time is pre-allocated to new ideas that are submitted over the year? I'm sensing from this discussion that it is very little to none. I get it that Canvas can't do everything, but is there really a budget for implementing idea requests (outside of Khaki). The perception in some cases is that the idea get's implemented if it was something Canvas already thought was important or was going to do anyway. (Yes, I've read the full thread here, so you don't have to repeat things that have already been said in the reply.) Bugs/Design Flaws. Honestly this is the "fly in the ointment" for me. I get it that Canvas can't do everything and has to set priorities. I get it that not all feature request can be implemented for various reasons. I do however believe that one of the things that is broken is identifying poor designs or implementation issues and correcting them. I mentioned two in another post (tile color overlay and MGP report generation). Canvas needs to budget for revisions to any new feature to fix things that were not done right the first time based community feedback. There needs to be a separate way for the community to identify and respond to these issues. It frustrates me to no end that whenever I point out a very practical problem with how something designed or implemented that I'm told I have to run the Idea Submission gauntlet. The Bugs/Design Flaw issue I raised previously has not been addressed by the Canvas team here. Here's the link to the post so I don't have to repeat everything here. I'm very interested in the Canvas team's responses to these two items. ... View more

by mwade in Community Users
6 Kudos
6 Kudos
@kona  wrote: ...why do you think the ideas you find important are the most important and mission critical for everyone using Canvas? They are mine! Of course they are better! HA! - Seriously, that was never my point. Also, I'm in the IT world, so I do understand the development issues as well. ... View more

by mwade in Community Users
7 Kudos
7 Kudos
So your example of the color overlays brings up another big frustration with the process. It seems that too many of the idea requests stem from poor design in the first place. Here are two examples: Color Overlays? Really? Does Canvas not employ a good graphic designer/UX specialist? (If they do they should get a new one!) Who would want to put a nicely designed tile and then have a random color put over the top of it. To me this is NOT a feature request but a design error. We shouldn't have to go through all these hoops to have a poor design decision fixed MGP Grade Export - I can export a single term or ALL terms. Our school uses three different active terms at any given time (Year/Semester/Quarter - depending on the class and grade level). So I have to either run three separate reports (one at a time) or I can run all terms. But all terms means just that - include all years in our Canvas system. There is no option to export active terms or even just current year terms! Why?! And when I asked about it, I was told that I could submit a "Idea" for a feature request!!! I wanted to scream! (which is rather unlike me BTW). Here again, this is an example of a feature that was implemented without thought to how it would really be used. I shouldn't have to go through all the time and effort of a feature request and trying to get votes for something that should have been done right in the first place. Why is it suddenly my responsibility to convince all the other admins that the Canvas developers made a design error that needs to be fixed!?! And then to go through all that work, just to be told - sorry, we don't value that - sucks to be you!  Who is doing ongoing quality control? Who is assessing the feature requests for things that should have been done right in the first place and fixing them because Instructure has the integrity to identify and fix their own mistakes?! The Idea system should be for new big picture features - not bug/design fix requests. Just because Canvas does better than D2L shouldn't be satisfactory. When did D2L become the standard? I appreciate the efforts that Instructure makes to get input from users, but that doesn't mean there isn't still a better standard. I come back to the "triage" concept. It doesn't seem that there is real understanding in this process. ... View more

by mwade in Community Users
89 Kudos
89 Kudos
I would like to propose that the Canvas Idea system for feature requests is broken. There are 321 items that have been voted over 100 by canvas admins and are in the "no man's land" called "product radar." There are only 120 items that have made it into Canvas. That's only 1 in 4 requests that have actually seen the light of day. Here are some observations: Many ideas get lots of votes only to get shelved as not important by the development team. It makes one ask why they bothered to go through all the work to not be taken seriously? It feels more like a scam to make us feel like we are being listened to when in fact there is little change of the idea seeing the light of day. If traffic is low during this time of year and an idea will likely not get 100 votes for that reason, it's broken. This sets an impossible standard to achieve. This is the second time we've faced this with an idea? Again, why bother if there is little chance of the idea seeing the light of day. Sadly, simply lowering the threshold will not improve the likelihood that an feature request will make it to production. It leaves me wondering, does Instructure really listen or is this system just a bunch of red tape to tie things up and make it difficult to get issues fixed or improved? - Canvas team, please don't get defensive on this. I'm sure your intentions are pure, but the realities on our end may be providing a different result than your intentions. Again, I propose that the entire idea/feature request system is broken. If there really are limited resources for development, Instructure needs a better way process their customer suggestions. canvas idea feature idea #feature ideas ... View more

by mwade in Canvas Admin Discussion
5 Kudos
5 Kudos
I've submitted a feature request for Scheduled Reports. We have reports we run on a regular basis and it would be nice to have these reports run at a pre-determined day/time on a schedule. https://community.canvaslms.com/ideas/8465-schedule-reports  ... View more

by mwade in Idea Conversations
This is very disappointing. ... View more

by mwade in Idea Conversations
There are many ways that teacher can use this feature. For you it would be help in communication of when something is due and ease parent concerns. However, there are many teachers that do not accept late work or deduct points for late assignments. For those teachers this is vitally important. ... View more

by mwade in Idea Conversations
We would love to have this idea promoted in Canvas Higher Ed discussion area! Anything you can do would be appreciated. We are 2/3s of the way there! ... View more

by mwade in Idea Conversations
This would definitely make this feature more flexible and useful for more teachers. ... View more

Re: Default Assignment Due Time

by mwade in Instructor Discussion
1 Kudo
1 Kudo
We are over half way there and have received some great comments in the idea discussion. Thanks to those who have voted for this idea! ... View more

by mwade in Idea Conversations
Thanks for the input. I definitely see the advantages of the layered approach you recommend. Please encourage others for vote for this idea! ... View more

by mwade in Idea Conversations
If you have other admins in your school, district, or affiliated schools, please have them vote this up as well. ... View more

Re: Default Assignment Due Time

by mwade in Instructor Discussion
4 Kudos
4 Kudos
This has been resubmitted and is now open for voting. We appreciate your positive votes. ... View more
Community Statistics