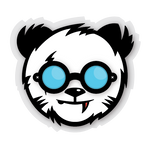 by edwardkung in Instructor Discussion
1 Kudo
1 Kudo
Hello, I set a 50% late penalty for HW assignments in which students get 3 attempts, and the highest score out of the 3 attempts is kept. Naturally, I think the highest attempt should be calculated on the grade AFTER the late penalty has already been applied, so submitting a late attempt will not override a better score from an on-time attempt. But the behavior of Canvas gradebook is that the late attempt score is kept if it's higher, and only afterwards is the late penalty applied.  This results in students lowering their grade for doing late attempts.  Sometimes they are just attempting the assignment again for practice--I do not think it makes sense to penalize them in this way if they already have an on-time attempt. Is there any way to get the gradebook to behave in the expected manner?  (Apply late penalty first, then keep highest attempt)  ... View more

Re: Canvas API: Structure of answer object for num...

by edwardkung in Canvas Developers Group
1 Kudo
1 Kudo
Thanks, this helped me figure out what was going wrong with my code!  Canvas, please update your documentation!   ... View more
Community Statistics