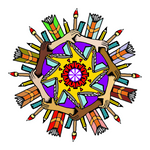 by lglen2 in Canvas Question Forum
2 Kudos
2 Kudos
Probably, but I've just removed the mandate to do that assignment (i.e. I removed it from the "order"). I had to let students get access to it, and that was the only way I could think of at the time, since nothing else was working. I don't have time just now to experiment, so I'll just have to check my order more carefully before running another section. ... View more

by lglen2 in Canvas Question Forum
Is that what's causing them to revert though? ... View more

by lglen2 in Canvas Question Forum
Not quite. I can reorder the items in a Module, but that's not what I need. The items are in the right order there, but not in the "Edit" area; there I had inadvertently put an Exam before the last few assignments required for the Exam. This is what I wanted to change the order of, but when I do, it just reverts. ... View more

by lglen2 in Canvas Question Forum
Oops! Indeed, my course tiles rearrange just fine. All I can say is that in that course, when I rearrange the items in a module so that they are in a different order, the new order doesn't "stick". I've tried just reordering and I've tried removing the item I want to change and re-adding it at the end (which is, conveniently, where I want it), but neither of those approaches works. Ultimately I had to remove it as a requirement so that students could move beyond where it was keeping them back. I'm just glad I was able to do that, since changes didn't seem to be sticking; I was worried that wasn't going to work either. ... View more

by lglen2 in Canvas Question Forum
That’s great, if it works for you, but  A) We shouldn’t have to rely on a workaround, and  B) My mailbox is insane. I tell students not to email me with anything that can’t wait several days. ... View more

Re: Allow a single student to avoid requirements/p...

by lglen2 in Canvas Question Forum
Unfortunately, this link is no longer valid. ... View more

by lglen2 in Canvas Question Forum
Thanks @ddalton , but I have this turned on and do not receive notifications when students respond to my comments.  I don't grade assessments; I provide feedback. Students indicate their learning by responding to my feedback. At the moment, I have to go looking for it in multiple classes, student by student.  I was hoping Canvas would have something that would notify me when a student responds to my comment in the same way as they are notified when I comment on their work. It's the same source, and I get notified when there's a new Discussion post so it can't be that hard to add a new stream of information. All I get under "Recent Feedback" is "Nothing for now".  So frustrating. ... View more

by lglen2 in Canvas Question Forum
Right? I don't understand how we can see little red dots on our dashboards when there are new Discussion posts, but not have the same thing for Comments... There's a "Recent Feedback" header, but mine just says "Nothing for now" even thought I /know/ there are student comments waiting for me! ... View more

by lglen2 in Canvas Question Forum
3 Kudos
3 Kudos
Why is this marked "Solved"? Has the idea been implemented? Saying that it can't be done, but that we can suggest it (most of which are ignored) is hardly a solution... ... View more

Module requirements not behaving as expected

by lglen2 in Canvas Question Forum
I have a module with no prerequisite set. Therea re six pages and four assignments. These are interspersed as follows: Page 1 Homework #1 Page 2 Page 3 Homework #2 Pag3 4 Homework #3 Page 5 Homework #4 Page 6 I want students to have to finish one HW assignment before being able to access the next one, so I have set these four items as required, and in sequential order. The pages are not in the list by design; I want students to be able to view the pages whenever they want, in any order. But in student view (see screenshot), while I can view the first page and the first Homework assignment, I can't view any of the other pages. The homeworks are grayed out, but so are the subsequent pages. You can see the "completion" circles on the four assignments and not the pages, but I should be able to view the pages. Going to the last thing I /can/ see and then clicking "Next", I get a message that a prerequisite hasn't been met, which isn't true. Am I doing something wrong or is Canvas thinking (incorrectly) for me again? ... View more

Re: Complete/Incomplete Grades not "sticking"

by lglen2 in Canvas Question Forum
1 Kudo
1 Kudo
Thanks @ColtonSwapp This Exam is not the only time this has happened, but it's rampant with this one. The Exam has an "available until" date on it, and students can't submit after that. I don't review them until after that either, so the grades I assign shouldn't be affected by a new submission. I am seeing a link to "Use this same grade for the resubmission", but I often see that. I've just been ignoring it, assuming it's always there. If it's actually an indication of something else, I'd like to know how to change it. The button at the bottom "Reassign Assignment" is grayed out. I'd LOVE to be able to speak with Canvas support, but how do you do that? There's no "Submit a Ticket" in my institution's installation. ... View more

by lglen2 in Canvas Question Forum
I have an (ungraded) class that I require students to upload a file showing their work on an exam. Once the due date has passed, I go look at the exams and I use "pins" to leave feedback. Then I mark the exam as "incomplete" i Speed grader so that I know I've looked at it once (and I can see in Grades if there are any that I have missed). A week later, I make a second pass and respond to students' answers to my feedback and mark the exam as "Complete". At the moment, only about 2/3 of the grades for the most recent exam are showing as Incomplete in Grades. The others show that the submission needs to be  graded. But I've graded them. I've changed the grade in Grades from "ungraded" to "Incomplete", but the Incomplete grade doesn't "stick".  I've tried changing it directly from Grades as well. When I see a "submission" icon and hover over it, it changes to the Incomplete "X". Then, whether I actually select the "X" from the pulldown or not, when I click away, it reverts to the submission icon. Students are seeing this as well, so even students whose exams have been reviewed are seeing the "ungraded" status. UPDATE: I just noticed that in the Speedgrader, some students' grades are showing as Incomplete even though they are still showing as ungraded in Grades. ... View more
Labels

by lglen2 in Canvas Question Forum
I just wrote a "New" Quiz in a Canvas course, and I want to link to it from a Canvas page. I know how to do this; I do it a lot. But the Quiz I've just created isn't showing up in the sidebar that opens when you select "link" and then "course links". The Quiz is published. What am I doing wrong??   ... View more

Re: Apple Pencil/finger not working to annotate st...

by lglen2 in Canvas Question Forum
I’m not having any luck with either the web interface or the app. The app doesn’t show me the submissions (and yes, I deleted and reinstalled the app) and the web interface doesn’t let me annotate on the screen (iPad). Please help!! ... View more

by lglen2 in Canvas Question Forum
6 Kudos
6 Kudos
"Set Default Grade" option should allow you to set any non-graded items as missing, instead of just inputting a 0 This would be a marginally acceptable compromise for the moment, but this entering every missing grade manually is ridiculous.  I read on a different thread that someone is looking into options for letting 3rd party apps be recorded as missing if they're not submitted by the due date. But this is Canvas, so I'm not holding my breath. ... View more

by lglen2 in Canvas Question Forum
Agreed. I have to go through multiple gradebooks DAILY and manually set zeros for missing assignments. I would rather set them to "missing" and have Canvas record the zero (so that the student also sees the missing tag) but that is even more tedious than recording zeros. ... View more

by lglen2 in Instructor Discussion
1 Kudo
1 Kudo
I know I'm wasting my time here, because I've posted countless complaints about how things (don't) work in Canvas and nothing ever changes, but here I am again, because I don't know where else to go with it. Maybe a friendly user will have a hack? Things have been... "updated" recently. Now, when I select "Unread" in a Discussion, I can't just reply to the next unread message; I have to make another click so I can "View in Discussion". I don't want to view in discussion. I want to read and reply only to my students' unread posts in their first discussion for the term. Why does Canvas keep "fixing" things that aren't broken!? ... View more
Labels

by lglen2 in Idea Conversations
Well it's still a vast improvement. Many, many thanks. ... View more

by lglen2 in Idea Conversations
All hail @ dan_baeckstrom   Thank you so much! I wish I were so talented. It didn't even occur to me to make something myself.  Of course we shouldn't have to, but that's a different story. Do students have to employ the extension? Does it work outside Chrome? ... View more

by lglen2 in Idea Conversations
@Eric70 , to those people I would say: "well then don't use them!" I would be so happy if I could nest even one level of modules within another. An OS CMS I use allows (theoretically) infinite nesting, which can get very messy. Even that though, in my opinion, should be up to the individual user. Why are they trying to tell me in what ways I am not allowed to organize my classes? So I would strongly support and be a very early adopter of submodules. I teach college math. My desires is to have  Level 1: Unit number and name Level 2: Unit introduction (which is never locked, but is a prereq for the content module), the Unit Content, and the Unit Quiz (which has to be in its own module because the content is a prereq for the quiz). If I could do this, then the default of the modules page would only have six, seven or eight modules on it instead of 18, 21 or 24, depending on the course. ... View more
Community Statistics