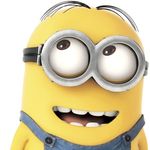 by MrAdam in Idea Conversations
Does Instructure monitor this suggestion at all, or do we have an abandoned suggestion that will never get attention? ... View more

Deprecation of Numerical Variable Substitutions in...

by MrAdam in Canvas Question Forum
Hi, In this post it is mentioned: "Certain variable substitutions in custom claim for the LTI 1.3 launch were identified as containing numerical values rather than string values as required by the specification. These numerical variable substitutions will be deprecated and changed to string values on 2022-10-15." Further it lists affected fields such as:  Canvas.course.id,  Canvas.user.id, User.Id and so on. It is however unclear if this affects the whole Canvas LMS REST API or just specifics. Can anyone shade some light on this change? Does it impact the whole schema (basically if you are using the LMS REST API then you are impacted)?   ... View more
Labels

Re: Timing for PROD restore to TEST?

by MrAdam in Canvas Question Forum
Thanks for the link and information. I do understand that restore time can vary based on data size of a customer but what I'm asking for are more details. I mean that if Instructure do follow some kind of standardized framework such as ITIL then the start time and end time must be known. Further, is there a restore strategy in place to optimize the restore and impact? Such as restore of environments are based on a customer geographical location. For me it is of importance to know that our environment will be down between i.e. 04.00 CET up until 10.00 CET under normal circumstances. As of now it is a kind "will it be available at all during the Sunday"? Having this information allows us to to plan our activities but also know when things are not right. Like this Sunday where our environment was inaccessible for more than 48h and was restored after we contacted support. Think there is room for improvement here in regards to the restoration process. Besides the above I can refer to my idea on respecting the global settings of an environment after an restore. /Adam ... View more

Timing for PROD restore to TEST?

by MrAdam in Canvas Question Forum
Hi, Every 3rd Sunday of each month the PROD environment is being copied over to TEST and you are not able to access the TEST environment where you instead see: "This environment is currently being updated with a copy of the latest production data. Please check back later.". I have been trying to find detailed information on this service window such as start- and end times but unsuccessful. Our TEST environment has been down for 8 hours now and I wonder if anyone knows how long the service window is? Any detailed information on when it starts and ends? I have been in touch with support but they give kind of poor answer: "We don't have any timelines associated with the process".  I would like to argue that such operations should have a clearly defined start and end times if working according to some kind of certified process.   ... View more
Labels

by MrAdam in Idea Conversations
This idea suggests that Canvas implements and supports the SCIM 2.0 standard which enables a secure and automated provisioning and maintenance of users in Canvas from e.g. Azure Active Directory.  SCIM System for Cross-domain Identity Management (SCIM)  is a standard for automating the exchange of user identity information between identity domains, or IT systems. Example flow (Source: https://docs.microsoft.com/en-us/azure/active-directory/app-provisioning/how-provisioning-works)   Preferably Instructure could start with implementation and support of Microsoft Azure Active Directory. 🙂 (https://docs.microsoft.com/en-us/azure/active-directory/develop/v2-howto-app-gallery-listing) ... View more
Labels

by MrAdam in Idea Conversations
Quite new Canvas customer, building our quizzes where we just realized that this feature is missing which we naively assumed would be there. +1 on this idea proposal and would be great if any updates were shared.  🙂   ... View more

Re: Respect settings during an environment refresh...

by MrAdam in Idea Conversations
@leward I see and thanks for sharing. Chasing votes now, will have to create a marketing campaign to get more attention on this idea.  😀   😉 ... View more

Re: Respect settings during an environment refresh...

by MrAdam in Idea Conversations
@leward I could argue that we shouldn't have to create custom jobs/scripts for such things. 🙂   ... View more

Re: Favicon change for Beta and Test environments

by MrAdam in Idea Conversations
Good idea and ties somehow into my idea.  😀 ... View more

by MrAdam in Idea Conversations
+1 on this. Data consistency is crucial hence inconsistent behavior between Commons and Blueprints is worrying. I could also wish for a more robust file management features and documentation to ensure we can build sustainable integrations into Canvas. ... View more
Community Statistics