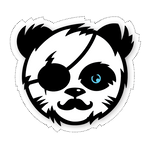 Re: "Notes" do not save after entering.

by IEML11 in Canvas Question Forum
I have tried to report it from my end, however, without any success yet. Notes have been working all term, and suddenly they vanished altogether for almost 140 students. I still have the column but I can't save any annotations in the column (I can press the save button but as soon as I refresh the page, the annotation is gone). ... View more

Re: Canvas for iPad: Typing in SpeedGrader

by IEML11 in Canvas Question Forum
....on my iPad mini, Canvas speedgrader has very limited functionality. I can't annotate work at all. I can open the box with saved comments, and I can give a mark. As soon as I touch anything on the screen, the screen starts moving instead. ... View more

[SpeedGrader] improvement and accuracy of the pen ...

by IEML11 in Idea Conversations
Problem statement: The pen tool in the Speedgrader is in general very helpful when marking large numbers of scripts. However, it is currently very sluggish. One needs to tick the "ok" very often or don't lift the pen off the screen to keep it working. It is tricky to use letters like ä, ö, å etc because the bin box icon is too close to the text. Also, the pen tool produces ghost lines or stops working completely if there are several annotations in the text. Writing has to be very slow which defeats the purpose. Proposed solution: Improve the pen tool by moving the "bin-box" a little further away from the written text, so it is possible to use letters with diacritical marks can be written without accidentally deleting it. I am not sufficiently techy, but the "resolution" of the written text might have to be increased - at the moment, e.g., a round character like O appears intermittently (not always) as a D with a very thin vertical line (much thinner than the selected text). Sometimes a ghost line appears (thin hairline) between the last comment and the current. I am using the pen tool both at home and at uni (different internet connections). At home, I am using an old Surface pro and at work a rather new Dell laptop with touch screen. User role(s): instructor ... View more
Labels

by IEML11 in Canvas Question Forum
Unfortunately, I only see the ordinary 3 dots. The additional pair is not showing up on my device (surface pro).  ... View more

Re: Why don't PDFs display all their content in th...

by IEML11 in Canvas Question Forum
It is now spring 2022 and it is still the same problem.  ... View more

Re: Pop-out rubric into its own window from SpeedG...

by IEML11 in Idea Conversations
Currently, I am duplicating my tab in Google Chrome, that's possibly similar to what murphys_law described above. I drag the rubric part as a window to my laptop. However, the text in the full rubric is still tiny. I can try to enlarge the rubric in the browser but again, the text get cut off. There is no need to have such a small font on the screen. There is a lot of white space. ... View more

Re: Pop-out rubric into its own window from SpeedG...

Re: Grade not showing in Gradebook

by IEML11 in Canvas Question Forum
I ended up on this page because I was not seeing the grades in the grade book. I am using a rubric which is properly linked to the assignment and is used for another assignment as well. In the other assignment, the rubric populates the grade box in the speed grader directly. In the current assignment, I need to click into the empty grade box. This populates the grade cell and after a brief loading time, the grade in the box turns grey. When I then return back to the grade centre, I still see only the tiny paper icon. However, a couple of minutes later, the grade appears. Maybe it is depending on the overall dataload. Sometimes there is just a delay?   ... View more

Re: How do I edit or delete "Saved comment for reu...

by IEML11 in Canvas Question Forum
5 Kudos
5 Kudos
I also would like to be able to decide whether I want to keep my additional comments when I reuse my matrix for a new assignment. It would be helpful if one could at least download the comments. Years ago (old Blackboard), I used to have all my comments in a word document and copy appropriate from there. It seems to be more straightforward (and editable) than the current Canvas solution. ... View more
Community Statistics