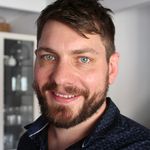 by TimJensenUSC in Higher Ed Canvas Users
Thanks for that @James ! ... View more

Re: Provide user feedback when entering or leaving...

by TimJensenUSC in Idea Conversations
hey @James , I made that list for the context of the Module section in Canvas— my conclusion would be that universal UI design patterns that are used in navigating a website/application are always useful I would argue that an end user would rarely complain about too many navigation aids— its normally an problem of not enough, or they are poorly designed. Navigation aids should ensure a user can easily navigate between content and have context. In the Module view of Canvas this isn't the case, as mentioned in my list of missing navigation aids. ... View more

Re: Provide user feedback when entering or leaving...

by TimJensenUSC in Idea Conversations
Thanks very much for your feedback @James , and for writing a code sample too. Also thanks for the point on language - I hadn't considered this. I can understand how it might not be necessarily be that needed in particular contexts. Saying that, the fact that by definition this is a 'module view', because it is a collection of otherwise individual items grouped into a 'module', requires that sufficient navigation aids be provided to: Be able to navigate between module items (prev/next buttons) Know where you are - module title Know how many items in a module (1 of 10) Know when you are moving to a new collection of items, or new module (prev module, next module) The module view is missing the last three navigation aids. And a bonus: In page module navigation - show the Module items in a sidebar menu     ... View more

by TimJensenUSC in Higher Ed Canvas Users
@James , are any of your Canvancements connecting into the Canvas API? I'd love to make use of the API, but not sure how to get started. ... View more

by TimJensenUSC in Idea Conversations
That's okay @sepehr_malek — let me know how you go. Get in touch on LinkedIn or email if you want some help - tjensen@usc.edu.au ... View more

by TimJensenUSC in Idea Conversations
Problem: When navigating a module, the end user doesn't know when they are entering/leaving another module. ---------- The navigation (next/previous buttons) for the module item view (viewing content within a module) should provide the user feedback when they are about to enter or leave a module. Canvas provides 'previous' and 'next' buttons for the module items, but provides no visual feedback for users to communicate that they are entering or leaving a module. Suggested Solution: Adding some subtle visual indicators and text to clearly indicate that the user is about to 'enter/leave' another module [see mockup below] Image Caption: The 'Next Module' would appear on the 'next button' text when you are about to move to the next module, and likewise on the 'previous button' text when you are moving to a 'previous module'. I am a Designer and Developer within a learning support team.   ..... @kmurfin , @James , @jared_reynolds , @kona ...what do you think of this idea? ... View more
Labels

by TimJensenUSC in Idea Conversations
@jared_reynolds - I have been able to get the theme stylesheet loaded into the TinyMCE editor so you can see Theme CSS while editing a page.   I've put together template items for our Academics to use. I can talk you through the solution if you like. ... View more

by TimJensenUSC in Idea Conversations
hey @jared_reynolds  - did you work out a solution for this? ... View more

by TimJensenUSC in Idea Conversations
@jared_reynolds - thanks, I agree - it would be great to have the Theme CSS automatically loaded into the TinyMCE Editor. ... View more

by TimJensenUSC in Higher Ed Canvas Users
Thanks @James. Yeah I can see how Tamper Monkey comes in— you don't want to be uploading a global script into the Theme every time you want to run/test your code. I've installed Tamper Monkey, and taken a look at one of your scripts and now understand what you mean by the metadata feature in Tamper Monkey - its a great browser tool isn't it! I'm working on my first userscript for Canvas called 'Canvas Module Context - Basic Page Context for Modules in Canvas'. I must say I was so amazed to discover this isn't already in the UI for the Module view- it's an essential in a higher ed context in my opinion. ... View more

by TimJensenUSC in Higher Ed Canvas Users
hey @James, Thanks for everything you've contributed to the Canvas Community. I have a developer question— Outside of Tamper Mokney, is there a way to 'install' your Canvancements (and my own that I want to build in JS) into Canvas? I have Admin access.   Thanks, Tim ... View more
Member Profile
I love design and coding. Feel free to connect with me on LinkedIn.
My friends
Community Statistics