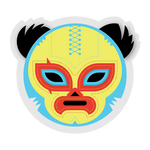 by EveWhitelaw in Partner Listings
Hi @SamanthaFisher  Further to my previous posts, we were planning on switching over to the new Canvas – Teams meetings LTI integration Monday 23rd August.  However, we have encountered an issue which means we cannot at this moment in time proceed until we understand from MS how to resolve, I will describe below the steps taken : We have been using two modules for testing.  Each of which has a number of staff added for testing purposes.  All of those staff have had their email changed to UPN format, so that they can be recognised by MS.    In the two modules the sync option has been turned on, as detailed on this canvas page : How do I sync course data in Canvas with Microsoft... - Instructure Community (canvaslms.com) Within the module, when creating a new teams meeting, the organiser selects to add entire class:   The behaviour that we then observe, is that some of the class are added and some are not.  In the 1 st  screen shot below, you will see that 7 different users have been added to the meeting. However, if you look on the following screenshot, you will see that in the actual module list of users there are many more users that have not been added       Of the users in the list above, there are two that do not have associated MS accounts, so we wouldn’t expect them to sync but all others we would, and in fact when we check the associated team that was created for this same module they appear in the team.  So this suggests that the issue is something to do with how the users have been picked up via the Teams meetings Integration.   Our developer suggested that could this be an issue related to the enrolments that do not have Microsoft accounts in the module?  Ie when whatever script encounters them it is causing an error and not then adding the rest of the participants?   We would really appreciate understanding what is happening and if this is something that can be resolved quickly, because we were planning to release this next week but now need to delay until we know this is going to work. ... View more

by EveWhitelaw in Partner Listings
Hi @SamanthaFisher . Do you have any response to my previous query regarding the calendar issue between creating a TEAMS meeting based on whether existing or new tool is used?  Additionally, our team are now asking the question in relation to the Group section within Canvas. We have the TEAMS meeting app for module view, however if you go into Groups the app is not there (i.e. in replace of BBB). So does that mean if meetings were to be created via the main module page for a 'group' would they still show in the group page/calendar space or do they need to be created within the Group space via the Teams Meeting App in that space?  If they need to use the meeting app within the Group page, then when will this be available?  ... View more

by EveWhitelaw in Partner Listings
Hi @SamanthaFisher. Can I please confirm if there is active progress being made on the synchronization between TEAMS and Canvas calendars.  We tested the conferencing application and have realized the following: A) If you create a meeting within canvas via the existing TEAMS integration, the meeting shows in Canvas calendar, but not TEAMS calendar. B) If you create a meeting within Canvas via the new MS 'Teams Meeting' application, it will show in TEAMS calendar, but not Canvas.   I thought it would have been at least one or the other for both methods, ideally showing on both calendars, but it looks like we have an either or depending how we set the meeting up. This doesn't really make sense since we are still using TEAMS and is going to cause huge confusion for staff and student in terms of calendar management. Can you let me know if there is intention to resolve this so that if a meeting is scheduled via the current teams integration within Canvas or the new Teams Meeting App that they will show on both Canvas and Team calendar so the information will there regardless of what calendar is being looked at?   It doesn't make logical sense at the moment when trying to break this down to staff and students. ... View more

by EveWhitelaw in Partner Listings
Hi @SamanthaFisher  - any update on the release of the conferencing app? It was due yesterday... ... View more

by EveWhitelaw in The Product Blog
Thanks for the update @SamanthaFisher . Can I please also ask for clarification on the OneDrive application. We noticed that the demos suggest you can create, complete and mark assignments via OneDrive. We would not want this ability as we use Canvas and another supplier for assessment and exams and this will cause great confusion amongst staff. Is it possible to have this portion disabled/hidden, but have the ability for staff and students to upload from their professional or personal OneDrive folder into Canvas etc? Thanks, Eve  ... View more

by EveWhitelaw in The Product Blog
Hi @SamanthaFisher  I note the update on the OneDrive LTI delay. It was our understanding that the conferencing/meeting application would come before the OneDrive integration - is this still the case? Additionally, we are trying to understand if the Canvas and Teams calendar will automatically synchronize with one another in real time?  Thanks, Eve   ... View more
Community Statistics