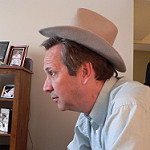 Re: Changing the "Submit Assignment" Button

by djoubert in Idea Conversations
Sorry, guys.  As stated above, more of a tweak than a modification.  I cannot see this as an advantage to my middle school students.  They get the various stages done outside of Canvas, then submit the assignment when the due date comes up.  If I want various stages to be submitted, I just create a separate ungradable assignment for them, then have the final assignment handed in.  In fact, if I want the various stages to be graded, I just do it that way. Sorry.  I'd rather Canvas concentrate on bigger fish that need frying. ... View more

Re: Canvas and Rediker and grades

by djoubert in Instructor Discussion
2 Kudos
2 Kudos
@emily_beckman Elizabeth LavertJay ChalfantElizabeth Laverty @emily_beckman  Emily, I'm so sorry it took so long to get back to you.  This sounds like a great idea!  Is there a way to do a conference call with Jay and see if he's interested in helping?  Things are finally starting to slow down here in NOLA, so something in early January would be great! As an aside, don't wait until February: Mardi Gras is coming! ... View more

Re: Canvas and Rediker and grades

by djoubert in Instructor Discussion
3 Kudos
3 Kudos
Two points, if you please: Following the lead of  @emily_beckman ​, we did what Kristin does, where teachers enter all grades into Canvas, then, at the end of each grading period, teachers open TeacherPlus and enter the end total in the Grade column.  It's not as much work as entering grades twice, and, as Kristin says, it eliminates possible double entry errors (for the most part). We tried ​Clever​ as a go-between for ​Admin Plus​ and ​Canvas​.  It was a complete debacle.  While consulting on the phone with the ​Rediker ​people, we made numerous tries using the ​Clever Export Tool​ built into ​AdminPlus​.  Not only was information never getting to ​Canvas​, incomplete data was being attempted to be transferred.  After weeks of trying to iron this out with ​Rediker​, we were on the verge of starting a new school year and turned to ​Canvas​ for help.  Because of our ​Canvas ​tech, Tawny Mathi, who worked hours and hours to straighten out the data finally captured from ​Clever​, we turned off all automatic syncs between ​Rediker​ and ​Clever​, because the data would go back to being screwed up if the sync was held.  So, when there are changes in ​AdminPlus​, we manually go into ​Canvas​ to make those changes. ​Rediker​ does have an ​Import Tool​ that would move our grades from ​Canvas​ to ​AdminPlus​, but, to purchase that button would cost over $3,500.00 for the first year, and another $1,700.00 per year after that. This has taught us something: Integration between competing companies is never as easy as you think it's going to be. ​Rediker​ wants us to use all their products (naturally), and will do whatever they can to keep us from going elsewhere for our school data needs. We are looking at going elsewhere for our SIS needs now. ... View more

by djoubert in SIS Discussion
2 Kudos
2 Kudos
After seeing the request for SIS information for colleges and universities in another discussion, I realized it would be good to get the collective wisdom of the Canvas Community for our situation.  Here goes: We currently use Rediker's Administrator's Plus as our SIS.  It is antiquated and does not integrate well with Canvas.  Though I'm going to get heavy push-back from the school's secretarial staff, I feel a need to change in order to get Canvas integrated with our SIS more efficiently. Some within the Canvas Community recommended PowerSchool as an SIS to look at, but I would like to see what other elementary & middle schools are using at this time and whether it works or not.  So, here are my questions, if you please: What SIS do you use? On a scale of 1-to-5, 1 being completely dissatisfied, 5 being completely satisfied, how happy are you with your SIS? Does it do any of the following? Online admissions? Enrollment? Faculty/Staff Management? Fundraising integration? Behavior management? Scheduling? Student Records? Is it web-based or networked? How well does it integrate with Canvas? Would you recommend your SIS to another elementary or middle school? Are you looking into another SIS?  If so, which one(s)? Thank you for all your input.  I can't wait to see the results! Doug Joubert djoubert@cbs-no.org Director of Technology Christian Brothers School, NOLA ... View more

Re: Sync Back & Forth btw Rediker and Canvas

by djoubert in SIS Discussion
Jay, Sorry.  I put  @emily_beckman  name in the wrong spot.  I meant to put it in the middle of the email, because she and I have been having Rediker and Canvas discussions for a while. In the meantime, Rediker just gave me pricing for the LMS Import Tool: $3,400.00 for the first year, then $1,600.00 every year after.  I almost choked on my gumbo!  I emailed my sales person back and told her thanks, but no thanks. It looks like we're going to do what  @emily_beckman ​ does at her school: Use Rediker's TeacherPlus Gradebook when ever grades need to be sent from Canvas.  We do mid-quarter and end-of-quarter grades.  So, we'll do the same as Emily (unless someone has figured out a better way): have teachers create one column in the quarter and enter the average from Canvas into that column. If anyone has anything different they do, please let me know. Doug Joubert, Director of Technology Christian Brothers School, NOLA ... View more

Re: Sync Back & Forth btw Rediker and Canvas

by djoubert in SIS Discussion
Jay, Rediker says Clever will take Rediker data and send it to Canvas accurately.  We'll find out, I guess. Meanwhile, Rediker is trying to push something called an LMS Import Tool on us.  They say it will import Canvas grades to Rediker just with a few touches of a button on the Rediker side. Have you heard of this?  @emily_beckman ​ ... View more

Sync Back & Forth btw Rediker and Canvas

by djoubert in SIS Discussion
Though Clever was thrown out there, I need to make sure Rediker and Canvas sync regularly.  Does anyone know the steps to take to ensure this happens? Thanks, in advance, for any help. Doug Joubert, Director of Technology Christian Brothers School, NOLA djoubert@cbs-no.org ... View more
Community Statistics