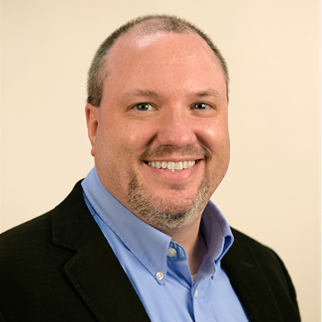 by jlcrow in Idea Conversations
Not if the link color was set by a style tage like this: style="color: #df2d27; ". If that is the case, then yes, each would need to be updated seperately. If the institution uses designplus, you can use a custom css on each page. It will take a second or two to show once the page is rendered but then you can modify the base color of all links on the page by redefining the CSS for links. I know you know this but it may be useful for others. ... View more

by jlcrow in Idea Conversations
Sadly, this is not a surprise. We have known this for quite a long time. Note the thread above. Instead of the instructor changing the links individually, perhaps the institution's Canvas administrators chould change the Canvas theme to a red or another color that is WCAG 2.x compliant? Doing so would update all the links in the instructor's course as well as any other course using the default color. ... View more

by jlcrow in Canvas Ideas
Yes, perhaps something in the settings where the instructor could set the default time.  ... View more

by jlcrow in Canvas Releases
3 Kudos
3 Kudos
I can totally see how the same image could be uploaded multiple times because of the inconsistency in options between uploading and embedding an image.. You make a good point.  ... View more

by jlcrow in Canvas Releases
2 Kudos
2 Kudos
Christopher, it is an interesting thought, but generally I disagree. I don't think they need a DB to track tags. A consistency problem should not lead to over engineering. Instead, I think Canvas should update the RCE to correctly and consistently implement image handling. The embed image function needs to act like the upload function. It needs to not auto-fill anything for the alt text and it needs to have a button for enabling and disabling decorative tag. Ideally it would also require the person to enter an alt tag or click decorative to complete the submission or edit--again to act like the image upload function. It is the individual's responsibility to enter the appropriate alt tag for an image. Even if it is the same image used over and over. I don't think it is too much to ask Canvas to make their UI consistent and compliant.  ... View more

by jlcrow in Canvas Releases
Thank you very much. ... View more

by jlcrow in Canvas Releases
@Chris_Hofer , thanks for the reply. In looking at your post I don't think erinhallmark‌'s response to you is adequate in light of the additional details. It is one thing to say, "please make that suggestion" when the issue is just inconsistent functionality. While inconsistency is true in this case, it goes further. The inconsistency potentially causes Canvas to produce non-accessibility standard code. In the WebAIM guidelines for WCAG 2.0 implementation, the second point on the first guideline (1.1)  states: Images that do not convey content, are decorative, or contain content that is already conveyed in text are given null alt text (alt="") or implemented as CSS backgrounds.  Note this guideline is not even to meet AA or AAA standards. This guideline set is to meet the most basic WCAG 2.0 Level A, which alone, would not meet the current 508 refresh standards. Thus this inconsistency is a bug that potentially causes decorative images to also have non-null alt-text tags. To put it bluntly, this is a bug that causes Canvas to potentially produce non-WCAG 2.0 compliant code. I don't think that this should necessarily cause the delay of this feature release, but it should be treated as a bug and not a community-based "would-be-nice" suggestion. I hope Canvas treats it this way. If this is the wrong place to notify Canvas of this bug, please accept my apologies and point me to the right place. Thanks, John ... View more

by jlcrow in Canvas Releases
1 Kudo
1 Kudo
Could you please clarify the behavior of the links when a course is copied? For instance, I did a test by making two pages in a course, JLC Test, and JLC Test 2. On JLC Test 2, I made two links to JLC Test. One was direct, by selecting copying and pasting URL into the link dialogue box, and the other was through selecting the page in the side panel. The code was almost identical, with the exception of the inclusion of a title tag: <p><a href=" https://fsu.instructure.com/courses/24803/pages/jlc-test ">Test Direct Link</a></p> <p><a title="JLC Test" href=" https://fsu.instructure.com/courses/24803/pages/jlc-test ">Test Through Selecting Links</a></p> When this course is copied and imported to another course, are both links still updated to the new course #? Or perhaps I am not understanding this update. If that is the case, could you please give a concrete example of how Canvas has changed regarding links? Thanks, John ... View more
Community Statistics