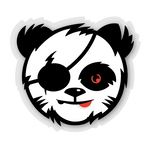 by raj_veeravalli in Canvas Developers Group
1 Kudo
1 Kudo
haha, sorry, that could have been phrased so much better. Yup, LTI running from another server is probably the way to go. You will need specific Canvas permissions to be able to configure it for your course. UCF has a python 2.7 LTI starter template, which I have been able to successfully use.  https://github.com/ucfopen/lti-template-flask I'm in the process of migrating that to 3.9 and expanding it for my needs.  ... View more

by raj_veeravalli in Canvas Developers Group
The html file seems to be stored on a different server, which is a Canvas CDN and has a different domain name. From a Canvas perspective, any script running from the CDN is tantamount to a request from a 3rd party/untrusted source, which should be blocked by CORS configuration. For requests to work, the CDN should be whitelisted for CORS requests, which Instructure will never do as it is messy. Seems like LTI is the way to go. I really need to find some simple LTI code to get our tenant working,  ... View more

by raj_veeravalli in Canvas Developers Group
No worries. Let me know how you go.   Am I going crazy or did my response get deleted? Would appreciate it if someone can at least notify me if I am in breach of some rule, so I can make amends, instead of silently deleting my post. It's poor form.   I've reported my post to seek a response. ... View more

by raj_veeravalli in Canvas Developers Group
1 Kudo
1 Kudo
Hi @david_amore , Yes, I did. I created the assignment in a sandbox, edited it to remove the points, and captured the change via Google Chrome as a CURL request and converted it to python-requests.  https://curl.trillworks.com/ Essentially, your rubric needs to be in the request that you send along with a couple of parameters (that removes points). These parameters are only supported as a POST request as they don't have equivalents on the API. It's messy. This was an option for us only because we create the same assignment and rubric across nearly 100 courses. ... View more

Re: Getting 401 when accessing API

by raj_veeravalli in Canvas Admin Discussion
btb, If you're using python and if you're already not using canvasapi, I recommend you install it. https://github.com/ucfopen/canvasapi This will massively reduce pain points and help you achieve your goals without having to worry about various API endpoints.   ... View more

by raj_veeravalli in Canvas Admin Discussion
1 Kudo
1 Kudo
Another similar solution here. We have a system that has authoritative information about course dates and more. We run several python scripts to re-apply settings that we cannot lockdown via built-in functionality inside Canvas. When we detect modifications that we direct those through relevant channels. ... View more

Re: Master Template for all courses

by raj_veeravalli in Canvas Question Forum
1 Kudo
1 Kudo
Hi Scott, No worries, here's a link to a script that uses the content migration API, which you might be able to leverage. Use the Content Migration API to copy courses but without their calendar events (or remove them after)  ... View more

by raj_veeravalli in Canvas Developers Group
James, Thank you for your detailed explanation. It is clear that I've completely misunderstood batching. How about Canvas mutations via GraphQL endpoint? Is this a possible option for those that want to batch requests? I have written some simple code to configure multiple course settings via a single mutation (POST). Happy to share what I have when I'm back at my desk tomorrow. Sent from my phone. Please excuse typos and abbreviations. On Mon, 1 Jun. 2020, 10:01 pm james@richland.edu, <instructure@jiveon.com> ... View more

by raj_veeravalli in Canvas Developers Group
Hi Philip, You're on the money! I do batch requests and I'm also unable to surmount API limits and hit errors. Here's an example from one of my scripts relevant_courses = np.array_split(relevant_courses, 10) with concurrent.futures.ThreadPoolExecutor(max_workers=10) as executor: for relevant_course_list in relevant_courses: kw = { 'courses_list': relevant_course_list, } executor.submit(publish_reports, **kw) Here, relevant_courses is a list containing a bunch of sis_course_id which I have split using numpy. I can run 10 threads in parallel, each thread running a function that processes a list of courses. This can significantly reduce the running time, but has to respect the API limits. It works best if the workloads are all similar, so they can run simultaneously and finish running around the same time. I can think of reducing the running time further, if you can reduce the API lookup operations by referring to another database; perhaps, a CSV file from a provisioning report, canvas data or perhaps something else such as SIS and use the compute resources (which are "free") in lieu of canvas's network resources. This is not always possible and the gains may be marginal. If you are using a library, I'd set the loglevel to DEBUG or equivalent to ensure duplicate queries are not made and tweak the queries if necessary. Other than these, I don't have any ideas. Maybe someone else has found a better way to do this. ... View more

by raj_veeravalli in Canvas Developers Group
Philip, Have you investigated threading or multiprocessing options in your programming language of choice? I am easily able to run 30 simultaneous requests and I can go to 50 if I want, which roughly equates to around 4-7 minutes execution time for 12000 requests. If you program in Python there are some great example from  @bbennett2 ‌ in the developer blog https://community.canvaslms.com/groups/canvas-developers/blog  ... View more

by raj_veeravalli in Canvas Question Forum
Liz, 1. You can define role-based access control by going to the permissions section under the relevant sub-account What user roles and permissions are available in Canvas?  2. We don't allow everyone to create accounts to precisely avoid the problems you have mentioned in your post. You can avoid duplicate accounts by acquiring unique identifiers from a SIS or some other 'source of truth' relevant to your institution to minimize duplicate identities. This data is usually from some kind of HR or enrollment database or both. 3. You can update a user's sis_user_id using canvas API. You may want to discuss this with your CSM and do extensive testing if you attempt to do this yourself to avoid data loss and integrity issues. Alternatively, your institution may want to engage a consultant to assist with the transition. https://community.canvaslms.com/thread/8648  ... View more

Re: Master Template for all courses

by raj_veeravalli in Canvas Question Forum
1 Kudo
1 Kudo
Scott, We went through this last year. My institution wanted to roll out a template for new canvas courses. 1 & 3. Our CSM presented a bunch of templates and we reviewed them and imported a few template courses that we liked. I made a copy of the template courses and added a team of staff responsible for customizing the template or those that wanted oversight. To assist your designers, your IT department may be able to collect data about your end-users, devices etc using Google Analytics if you have that enabled or you may be able to acquire this information from Tableau instance run by Instructure. You may want to discuss this with your CSM and working groups. Depending on your institution's culture this process might vary.  However, once a template was confirmed, using the canvas content migration API I was able to push the template to our existing and new courses. You are able to verify this process on your beta or test instances prior to production. Content Migrations - Canvas LMS REST API Documentation  2. This was largely successful and provided users a consistent experience across canvas courses, where they were enrolled into multiple courses. Through the template we were also able to create simple icons on our canvas courses to point to external resources on Google sites in our transition phase. ... View more

Re: Duplicate Course Enrollments with Python

by raj_veeravalli in Canvas Developers Group
Brian, Thanks for sharing your script. We do similar things with canvasapi to copy entire courses using the migration API and enroll students and staff to courses that run every semester. Nice to see that I'm not alone on this path We use the limit_privileges_to_course_section parameter to restrict student users to individual sections and allow staff unrestricted access at the course level. The user role is available when you request course or section enrollments as part of the enrollment object. Hence, you should be able to mirror both StudentEnrollment and TeacherEnrollment or other role types, from a parent to a child course if you like without specifying that statically in your code. The only way I can think of speeding this up is if you have the enrollment data on file, such as a CSV via the provisioning report or SIS export. I find that the use of REST API to consume data is a bit slow, even with python's multithreading. Actioning from an export file is almost error-free when computing deltas and minimizes the risk of network errors while providing a convenient audit log. We have started investigating Graph QL endpoints for some of these large jobs with sgqlc package and use a mix of canvasapi package(REST API) at places, but it's still early stages. ... View more

Re: API - Update a sis_user_id for a user

by raj_veeravalli in Canvas Developers Group
My pleasure, glad to hear it worked mate! ... View more

Re: API - Update a sis_user_id for a user

by raj_veeravalli in Canvas Developers Group
1 Kudo
1 Kudo
Might be worth running a provisioning report that includes deleted objects to see if the sis_user_id exists in your database ... View more

Re: How to create a datastore for a series of cour...

by raj_veeravalli in Canvas Question Forum
We use Google Drive or One Drive for file storage and linking. It seems there are other options if you use jupyter notebooks or similar. See link below: https://community.canvaslms.com/thread/15777-is-it-possible-to-embed-interactive-jupyter-python-notebooks-into-a-course-page-so-students-can-modify-and-execute-python-code-from-within-the-course  ... View more

Re: How to Move User Roles and Enrollments via Pyt...

by raj_veeravalli in Canvas Developers Group
Looks great! Thanks for sharing. I've got something similar to manage canvas enrollments of students and staff and to derive permissions for role-based access control. Our SIS is the source of truth and canvas permissions are locked down and all deltas (addition, deletion of classes, courses and changes to staff and student enrollments, faculty changes, etc)  are computed from SIS data. Changes are logged. Since we follow a predictable scheme for generating Canvas sis_course_id we directly query the course endpoint and make relevant changes. ... View more

by raj_veeravalli in Canvas Developers Group
Wrote something real quick to do this. Following code uses UCF canvasapi and sgqlc module. Sample code, in case someone wants to use it. You may need to size this to your needs. I have a small tenant with only 80 something courses and there are no issues. To set course status ... # gql setup endpoint = HTTPEndpoint(url=url, base_headers=header) mutation_op = Operation(schema.Mutation) # control logic alias_count = 0 courses = account.get_courses(enrollment_term_id=enrollment_term_id) for course in courses:     course_id = course.id     query_alias = "gql" + str(alias_count).zfill(3)     alias_count = alias_count + 1     gql_mutate = mutation_op.set_course_post_policy(         input=schema.SetCoursePostPolicyInput(             course_id=course_id,             post_manually=True         ),         __alias__=query_alias     ) # print(mutation_op) endpoint(mutation_op) To retrieve data use a query instead of mutation. You can also request additional fields in your mutation query for error handling, retries, logging etc. ... View more