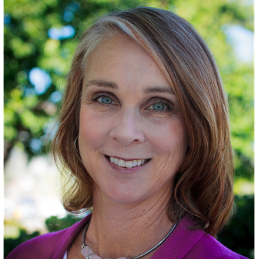 Re: Rubrics should default to "use for grading"

by ethomas48 in Idea Conversations
What @Mary-EllenWalte  said. Adding a rubric to an assignment means that you want to use that rubric for grading so this box should be checked as the default behavior. Allow it to be unchecked, sure, but default to checked to save us all a ton of time. Thank you. ... View more

Re: What if grading for instructors

Re: icons (with alt-text) on syllabus page

by ethomas48 in Higher Ed Canvas Users
1 Kudo
1 Kudo
I have turned this into an open idea. Please vote it up! https://community.canvaslms.com/t5/Idea-Conversations/assignment-specific-icons-with-alt-text-on-syllabus-page/idc-p/425335 ... View more

assignment-specific icons (with alt-text) on sylla...

by ethomas48 in Idea Conversations
This idea has been developed and deployed to Canvas Please have the icons associated with the assignment type -- the ones that appear next to each assignment on the Assignments page and distinguish discussions from quizzes from writing assignments, etc. -- also appeared on the Syllabus. Taking a Canvas course as a student has made me realize that this important and useful information is missing from the Syllabus. Only if the instructor names the assignment in a way that includes the assignment type can a student see, at a glance, if it is a quiz, a discussion, or a regular assignment. These icons should be automatic -- as they are on the Assignments page -- and should be readable by screen readers with appropriate alt-text. Please explain why this should not be the case or if this has been suggested elsewhere. ... View more
Labels

icons (with alt-text) on syllabus page

by ethomas48 in Higher Ed Canvas Users
I wish that the icons associated with the assignment type -- the ones that appear next to each assignment on the Assignments page -- also appeared on the Syllabus. Taking a Canvas course as a student has made me realize that this important and useful information is missing from the Syllabus. Only if the instructor names the assignment well can a student see, at a glance, if it is a quiz, a discussion, or a regular assignment. These icons should be automatic -- as they are on the Assignments page -- and should be readable by screen readers with appropriate alt-text. Please explain why this should not be the case. Thank you! Erin  ... View more
Labels

Re: Automatic due date reminder notifications

by ethomas48 in Canvas Ideas
Great idea. Allow the reminder time to variable, please, and allow students to opt-out of the reminders if they wish. ... View more

Re: Speedgrader Jumping Around while Annotating

by ethomas48 in Canvas Question Forum
1 Kudo
1 Kudo
I am experiencing this right now and have experienced it in the past as well. This is when grading on a computer (not a phone or tablet), running Windows 10, Chrome version 85. It is very frustrating and disruptive. ... View more

by ethomas48 in Canvas Ideas
1 Kudo
1 Kudo
Upon image upload, the alt-text associated with that image is entered. If the image is uploaded in My Files, and alt-text is associated with the image, that alt-text would be the default alt-text anywhere the image is used throughout their Canvas account. In other words, for images that I use across courses, I should, again, only have to type the alt-text once. Specific use of an image should allow for modification of the alt-text for each use, but I should not have to re-type the correct alt-text over and over again as I reuse an image, especially one that was uploaded into the My Files area. Then, i f you want to change the default alt-text for an image, you should be able to do that in the Files -> images area.   Why: I use several images repeatedly in my modules. Each time I use an image, I need to replace the default alt-text of the file name with a meaningful name. Over and over, I am re-typing the same alt-text for a given image. For one course, this was four images used 14 times: 56 edits to the default alt-text to make this course accessible.   As course accessibility becomes an accreditation issue, is there any reason why we would want to be force course developers to correct the alt-text for a re-used image over, and over, and over again?  ... View more
Labels

Re: Changing the order of rubric criteria?

by ethomas48 in Canvas Question Forum
Hi Kari, There is an idea to do this, and add other editing features to rubrics: https://community.canvaslms.com/ideas/1130-editing-capabilities-for-rubrics  Please vote it up!   - Erin ... View more

Re: Editing Capabilities for Rubrics

by ethomas48 in Canvas Ideas
The rubric management functions could be enhanced in a number of ways, including a global update (to fix that typo in a rubric used in multiple classes/assignments). This particular idea is a good start. Please ask your colleagues to vote it up! ... View more

Re: Link To Message Individual Student From Their ...

by ethomas48 in Idea Conversations
Dumb user question here but I do not see this option on an individual student's grade page. And I cannot find info about it in the release notes linked above.  Thanks in advance for helping me find this - Erin ... View more

by ethomas48 in Idea Conversations
My Canvas admin just spent many days trying to help me create a workaround to mimic the function that I think is being requested here. My scenario: Students must complete two assignments by Thursday of week 1 to be considered "on track". So what I really need is a way to look at both assignment statuses and send each student one of four different messages: 1) Yay! You've completed both assignments. What a great way to start this course! 2) Good start! You've completed assignment A but you also need to complete assignment B to be on track in this course. Please complete it before Friday evening. 3) Good start! You've completed assignment B but you also need to complete assignment A to be on track in this course.  4) Let's talk! There were two assignments due last night and you did not complete either one of you. What is can I do to remove the roadblock that is keeping you from moving forward in this class? In Bb, I would just add a non-student-visible, non-graded column in the gradebook and give each student a "code" of 1 to 4 depending on their status. I could then message based on that code. That's what I asked my admin to help me do in Canvas. Adding such a column and using this way is pretty much impossible, as far we can tell.  Soooo ... I fully support the ability to message students based on the status of more than one column. Knowing what I know about databases, I think that creating this functionality will be very challenging. Should that be the case, can you please just let us add a "dummy" column, as we could do in Bb, to use for whatever purpose we need? ... View more

Re: Creating Announcements across multiple classes

by ethomas48 in Canvas Question Forum
1 Kudo
1 Kudo
Hi Jesse, Can you provide the link to the Idea? I'd like to vote it up. Thanks - Erin ... View more

by ethomas48 in Canvas Question Forum
Hi Layne, I established a set of "master" test banks in what I'm calling my "master" course, booked-marked them, and used them in quizzes in a new course. This worked very well. But when I copied that course to second instance (second section), all of the links to the bookmarked banks went away and the quiz malfunctioned for the students. Here's what I see when I edit the quiz: Move To... This element is a more accessible alternative to drag & drop reordering. Press Enter or Space to move this question. Group 5 5ed   Pick   10   questions,   1.0   pts per question Collapse Group   Add Question to this Group   Edit Group Details   Delete Group   This question group is set to pick more questions than are available.   I am now editing each quiz and re-linking each one to the bookmarked question banks. So this bookmarking has not solved my problem, frustratingly.  - Erin ... View more

Re: View all assignments that rubrics have been as...

by ethomas48 in Idea Conversations
To be clear, we need this visibility from both the Rubric view and the Assignments view. For Assignments, an icon should appear next to any assignment item listed on the Assignments page that indicates if there is a rubric attached to that Assignment (or not). This should apply to discussions, TurnItIn assignments as well as standard Canvas assignments. Reasons:   1) To confirm that I have attached a rubric to a discussion, I have to click into each discussion. I recently "cleaned up" a rubric I use for almost all discussions in multiple courses. In the process, the rubric was removed from some of the Discussions but not from all. I had to look at each one to confirm that the correct rubric was attached (click discussion, click view rubric times 16).   2) To confirm that I have a rubric attached to a TurnItIn Assignment, and to see which rubric it is, I have to unlink TII from the assignment then view the assignment. Then I have to re-link TII to the assignment. Cumbersome.    Adding an icon to the Assignment items page that quickly shows us if a rubric was attached, just like we can quickly see if each Assignment is published, would be a great help.  And if I hovered over that icon, it would be ideal to see the name of the rubric which is attached. ... View more

Re: Entering alt-text once on image upload

by ethomas48 in Accessibility
3 Kudos
3 Kudos
OK, I finally had a minute to write up this idea: https://community.canvaslms.com/ideas/13105-default-alt-text-entered-once  Please vote it up - thanks! ... View more

Re: Upload file to Turnitin as Tutor

by ethomas48 in Canvas Question Forum
I'd like to upload a paper as my Test Student, so that I can demonstrate how students can see the comments that I provide in the TII mark-up tool.  I could do this in Blackboard but cannot seem to do this with the way Canvas is integrated with TII. Work-arounds appreciated! ... View more

by ethomas48 in Canvas Question Forum
4 Kudos
4 Kudos
I have a similar, perhaps not exactly the same, question. I don't want to share banks, I want to have a common bank from which multiple courses that I teach pull from. I teach the same course in multiple sections with staggered start dates. When I move to a new edition of the text, I spend time "cleaning" the question banks, as quizzes are taken, by removing poorly worded or overly confusing questions from the bank and giving the poor student to happened to get that question credit for it. So now in one course I have a partial set of "clean" test banks that I'd like to use in the other sections. How can I share these so that they can replace the questions banks already in the second/third course and so that I don't have to re-create the quizzes in those other sections? In summary, is there a "master" test bank concept that I'm not aware of OR is there a way for me to replace all of the questions in a test bank so that the linkage between that bank and the quiz remains intact? Please advise if I need to start a new thread/question on this. ... View more
Member Profile
Higher education professional bringing real-world business experience into the college classroom. Courses taught include: International Business, Business Communication (including Honors), Small Business Management, Introduction to Business and Human Resources. Business experience as an IT professional and, later, as an international customer relationship manager doing post-sales implementation support of sophisticated cellular billing solutions. Strategic leader within a high-technology environment skilled at IT systems planning and execution. Conscientious, highly motivated team leader. Specialties: Change Leadership, Project Management, Cross-cultural Awareness, Contract Negotiation, Technical Specifications, Education, Non-Profit Organizations.
My friends
Community Statistics