Sign In Community FAQ
Community videos are currently unavailable. The Community Team is working to get them restored quickly.
Community email notifications are temporarily disabled as we perform some maintenance. 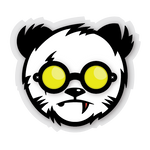 by ericlee- in Course Pacing (Feature Preview)
Hi @dlyons, thank you for your response.  1. The use case that my team had in mind was for rolling enrolment courses where students must complete the course within a specified timeframe. For example, a Canvas Catalog course where a student has X amount of days to complete the course. Due dates are a softer deadline compared to availability dates. 2. While I agree that most rolling enrolment courses would typically use modules to organize the course content, the UI does not indicate that you must add the assignment to a module, or warn the user that an assignment hasn’t been added to a module. Assignments can still be created, edited and accessed from the ‘Assignments’ tab. ... View more

by ericlee- in Idea Conversations
The admin course search previously included a last page hyperlink to jump to the last page. Speaking to Canvas support, we understand that this functionality was removed to improve the performance of database results. However, this functionality was valuable to our local admins. Not only did this provide a convenient way to skip to the last page, it also showed how many pages of courses there were. Attached below is a picture of where the last page hyperlink used to be located:   ... View more
Labels

by ericlee- in Idea Conversations
There is currently only one option to generate a Canvas Catalog Revenue Report: export a report including all transactions across all time. In most instances, we only need to see transactions that cover a specific period of time. As our institution continues to use Catalog, the dataset of the full revenue report becomes larger and larger. Each time we need to export a revenue report, it takes more time to process. Currently, it takes almost an hour to export our full revenue report. It would be essential to implement a date filter for revenue reports. There will be a point in time where the dataset becomes so large that it would be unfeasible to generate a report in a timely fashion. Adding a date filter to Catalog revenue reports would allow us to create more concise reports that do not take as long to process. ... View more
Labels

Re: Prohibit Submissions to Group Assignments with...

by ericlee- in Idea Conversations
As mentioned in the original post, this issue can occur due to imports and identical group names. If two group sets have the same name, the Canvas UI does not let the instructor know which particular group set the assignment is assigned to. Members of the teaching team may accidentally deleted a group set; unbeknownst to them that it was assigned to a group assignment. Speaking with an instructor affected by this issue, we have determined a few possible UI features that could prevent this from reoccurring. Canvas to not allow more than one group set to have the same name. If possible, this would prevent confusion when two group sets have the same name. In the case where same-name group sets are imported, see #2. When Canvas imports a group assignment, the accompanying group set should have a tag like 'Imported' appended to the end of the group set. EX: "Project 2 Groups Imported" This would differentiate group sets during an import. If #1 is possible, #2 would also satisfy the requirement of group sets having different names. Canvas to display the group set ID on the group set interface. If the above two are not possible, displaying the group set ID can help instructors resolve same-name group sets. The group set ID is currently only visible to the instructor through the URL. ... View more

Re: Prohibit Submissions to Group Assignments with...

by ericlee- in Idea Conversations
As support staff, I have seen this issue arise in two separate occasions; both of which were very frustrating for the instructors involved. Voted!! ... View more
Community Statistics