Custom Role Name on "View All or Customize" screen

Custom Role Name on "View All or Customize" screen

In our Administrative Pages of Canvas, we created a custom role called "Viewer" which is based on the "Teacher" Base Type.  This "Viewer" custom role allows us to enroll our faculty in "Master Term" courses to view curriculum but not make changes to it.  Also, they can still import content from this term into their own sections.  However, if you take a look at the example screen shot, the "View All or Customize" screen just indicates that an instructor is "Enrolled as a teacher"...even though when we invited the instructor to a course, we chose our "Viewer" custom role.

On this "View All or Customize" screen, it would be helpful if it actually said "Enrolled as a Viewer" (or whatever custom name you created) instead.  This would reflect the kind of access that the instructor truly has to that course.  Currently, our faculty would have to click on each course to determine if he/she has the ability to edit content.

Also, if it doesn't already, the e-mail invite that gets sent to the instructor should show the name of the custom role that the person has been given for a course.

This change was fixed in our April 1 release. The engineering ticket was noted as a bug fix but did not include any support cases. Release notes indicate fixed bugs for behaviors that have affected a lot of our customers, and in this case, we couldn’t fully note the effect. We’ve learned a few things about our engineering tickets since then and have been trying to err on the side of noting any fix that may have a notable implication, and we apologize for inadvertently neglecting this change. We are glad that you are now able to view your custom roles!

Wow, that's weird. Never noticed that, but you're right, it happens with our custom role too. Have you tried submitting a ticket to see if it's a bug? Looks like a bug to me.

This isn't a bug, it's because the "viewer" custom role is originally based on the "teacher" role. When you go to create a new role you have to base it off of one of the original Canvas roles (ex: Teacher, Student). This is the way Canvas just does things with permissions. sadpanda​

We had this same problem when we were trying to create a special student TA role. We first based it off the Teacher role and actual teachers freaked out because it said "enrolled as a teacher." We had to go back and start with the student role and then try and figure out what permissions to add to get it back to where we wanted it.

I believe I did chat with the Help Desk staff at one time about this, but as  @kona ​ has said, it's just the way Canvas works right now.  sadpanda​

Okay. Certainly is another case of inconsistency, though, given that the person is able to see the custom role on their Courses drop-down, and then it changes to teacher (or whatever the custom role was based on) when they go to View All. That's just odd.

I raised a ticket today on why the new role appears in course but not user profile ...very confusing for admins or those responsible for enroling users

response to ticket 1 June so far

I spoke to our engineers and this is currently being considered for future releases, but in the short-term, it is not slated. If you want to expedite the process you can vote on this feature idea: https://community.canvaslms.com/ideas/1097 or even reach out to your CSM and they can add your institution to the list of schools that see this as important.

We have noticed this as well and found that it also is occuring in the inbox.  We have a few custom roles that we need to show up in the courses:

Having them listed as Teachers, TA, or Student is not helpful.

Our departments that handle training for faculty and staff would like to have roles for "Trainer" and "Participant", because labeling a faculty member as a student is considered insulting by our faculty body and is not appropriate.

At our college, not having the ability to change the name from "Teacher" to "Instructor" or "Professor" anywhere that the role name shows has also been a complaint.

Wow, good catch. That's even worse that the user profile confusion. I would open a ticket on that...

I submitted a ticket and I've pasted the responses below.  Not really an answer or something easy for the students to use.

Response from Canvas:  This is a follow-up to our chat earlier. You contacted Canvas Support today because students were not able to interact with tutors or librarians within canvas inbox. To resolve the issue we determined that the users could be found under the roles they were copied from. If you come across this issue again or have any additional questions about Canvas, please don't hesitate to email us at support@instructure.com.

My reply: I actually contacted support because they are not easy to find by role.  The students should be able to easily find the tutor or librarian simply by looking at the roles.  The students would not know that their tutor has a role that was copied from a student role.  They should see a list such as:

Instead of simply student, TA and teacher.

Response from Canvas:  I was doing some testing in my course, and found out when you create a role, you get an option to base the role off of a current role (for example, I created a role "Tutor" and Base Type was "Teacher"). So now when I log in as a student and go to my inbox that role is under "Teachers" when I search in the inbox. So if the tutor role was set up with Base Type of Student it will be under the students category in the inbox. Which I am seeing is the case here, Student One is the "Tutor" and if login as another student go into inbox and select "students" from the phone book you will see Student One is in that category. I understand how this can be confusing for students, you can add this to the Canvas Community forums they make it easier to find answers to questions. This forum is a great place for asking other instructional designers and power users how they go about designing their courses and solving instructional problems within Canvas.https://guides.instructure.com/m/4152/l/170783-how-do-i-use-the-notes-column-in-the-gradebookThe Canvas Coaches who moderate this forum are expert users with great ideas and always willing to help. Please let us know if you have any additional questions; happy to help.

That's a disappointing answer. I guess it means we have to keep trying a feature request to fix it, but what exactly are the Canvas Coaches supposed to do about it? Odd.​

I'm late to this party but this should not a feature request. It really is a bug and frankly bad programming. To say different is to throw out logic.  How the heck are we supposed to tell what roles a person has within a course if they all default to teacher or student. Come on! This should be fixed in the next production release. We shouldn't need to vote it up.

@Melissa Zucal  @kona ​ - Kona says it is not a bug -- see earlier thread / comment... we have all been trying to get this sorted but Canvas are not playing ball on this one...despite the implications this different display of role types i having on emails, course activity reports etc

Sorry, just saw this! While Canvas doesn't consider it a bug - because the system is doing what Canvas programmed it to do - I do believe that it's not user-friendly and causes a lot of headaches on our side of things.

I understood the original response, I just disagree. This is how they designed this to work?  I'd rather admit this feature to be a bug than to say it was designed this way. 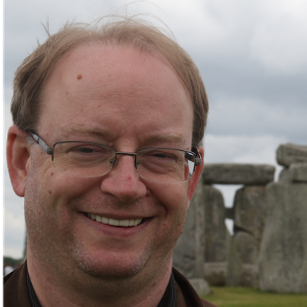 This strikes me as a bug. Yes, the code performs as built, but to end user the result is unexpected and inconsistent.

If I grant access to a person using a role I created, that is the role that should be reported. This same thing shows up in the course invitations. It is VERY confusing for the invitee to be invited to join the course in a role that is different than the one that they are actually assigned to. Otherwise, what's the point of allowing a custom name for the new role?

Concrete example: We created a "Tech Support" role, based on "Designer". When we invited a bunch to departmental tech support folks to a Canvas training course, the invitation email that went out said their role was "Designer". This was VERY confusing to the folks who got the email, and they all reported it as a bug.

Now, based on the earlier comments in this thread, it appears that fixing this is much more involved. It still needs to be fixed.

Another concrete example, but much more problematic then the email I mentioned. If you create a role based on a standard role, the new role assumes the hidden permissions of the original.

So, what does that mean? I created a custom 'grader' role based on the standard 'TA' role.  If I have a user with the grader role on a course, and the student uses the "Ask Your Instructor a Question" link in the help screen, the question is sent to the instructor, the TAs (if any) AND the Grader, since the grader was based on the TA! So, the 'grader' role really isn't a grader, it's a TA with fewer permissions. This is very problematic, and impacts all roles that are inherited from another standard role. And since you can't create a custom course role without basing it on an existing standard role, all custom roles will have some features that tied to them that are not published.

Thank you all for your feedback on this feature. In the past we have not made this change because of concerns with translation into the many languages that are supported by Canvas. I have worked to find a solution that will accommodate these concerns and we will be happy to deliver this update by the end of this year. After the change we will reflect the accurate enrollment type (including custom role names) in the many places throughout Canvas where these names are used.

I'm thrilled to hear this–thank you! It helps us customers feel heard when issues such as this, which cause confusion and headaches, are dealt with seriously.