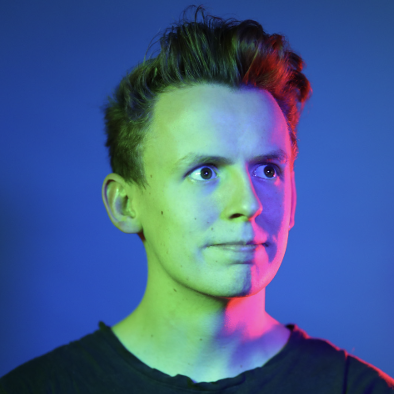 What are the odds of this??

Because  @jayde_colquhoun ‌ and I traveled to the United States from Australia for InstructureCon 2019 we decided to make the most of the long trip and do some touristy fun stuff while we where there. Including things like going to a taping of the Conan show and Disneyland.
Well when I was reviewing my photos i took at Disneyland i noticed that another photo-bombing fan of Canvas had the same idea.

The odds of this happening is crazy! Sure it wouldnt be uncommon for someone visiting Instructure Con to also visit Disneyland while theyre on California. However, to be there on the same day, at the same time, be in the area i was taking the photo all the while having decided to wear that t shirt on that day blows my mind! Hope you had a good day at Disneyland random InstructureCon attendee!
It was an absolute delight to meet everyone at Instructure Con and were looking foward to putting everything we took away from it into practice for RMIT.

That's why they call it the Magic Kingdom. :smileycool:

The math teacher in me is going to come out for a while, although I'll admit that it's really cool that it happened.

Those InstructureCon t-shirts are pretty nice. Most of the t-shirts I wear are branded with Canvas or Instructure although today I'm in one from USCOTS. If you're coming to InstructureCon, you may only pack Canvas t-shirts to save space.

If you had started off with the question "I'm going to take a picture of the Walt Disney statue in the foreground with the castle in the background, what's the probability that someone wearing a Cavnas t-shirt will be in my photo?" then the answer would be very, very small.

When you rephrase it as "I'm going to InstructureCon this year. InstructureCon is going to be near Disneyland and I live on the other side of the country (or world) and this may be my only chance to get to Disneyland, so I'm going to go. The conference has 3000+ attendees so it's likely that someone else from the conference will be feeling the same as me. The conferences have been going on for several years and they give away multiple high-quality t-shirts at each so there are a lot of t-shirts out there. Many people like to show that they've been to a conference before, so they wear previous t-shirts when they come back. People are proud to be associated with Canvas, so it's more likely to be worn. High-quality t-shirts are great to wear when outside in the summer. I know that I'll get a lot of swag at this year's conference and so I'm going to pack light so that have room in my luggage to bring it all back home. I love taking photos, so I will take a lot of them. What's the probability that at least one of the photos I take will have someone in a Canvas shirt in it?"

Now factor in that many things happen that we're unaware of, but when we see them happen, we assign a much higher significance to them. There's a very good chance that you saw someone in a Hard Rock cafe t-shirt, too, but it didn't register with you the way that an InstructureCon t-shirt would.

I really need to get back to the Thinking Fast and Slow book I'm reading that explains a lot of the psychology of the mind from a statistics perspective. Life happened this summer and I got distracted.

Setting aside the probability of it, I think the addition of the InstructureCon 2017 t-shirt makes it all the more special for you. That photo now has a significance that it may not had it just been a picture of Walt.

Setting aside the probability of it, I think the addition of the InstructureCon 2017 t-shirt makes it all the more special for you. That photo now has a significance that it may not had it just been a picture of Walt.

You are absolutely right it definitely makes it special and unique

I really need to get back to the Thinking Fast and Slow book I'm reading that explains a lot of the psychology of the mind from a statistics perspective. Life happened this summer and I got distracted.

Maths aside, I can only imagine your private 'Wow' moment when you noticed the accidental photographic composition  @samuel_malcolm . Love your work.

Glad you and  @jayde_colquhoun made the most of the trip too.

Still wondering if that is  @mjennings ‌

Yes! it was a pretty crazy moment. We were looking through the photos the following day (we were tired because of Disney lag) and it was a bizarre thing to stumble across. I was like "ummm Jayde, have a look at this.... " haha

mjennings
Advocate
In response to robotcars

carroll-ccsd - why I do believe that is me after waiting in line for our “Photopass Moment”. The photographer had us pose looking at the statue.

@samuel_malcolm ‌ - how cool is it that we were there. I wish you would have noticed us when taking the picture, I would have love to have met you. I think  @James ‌ is very accurate on the packing of #instcon‌ t-shirts. I am pretty sure that all three days that we were at the parks I was wearing a Canvas tee.

I hope you enjoyed your time in the states! Don’t be a stranger in the forums.

The pass photographer should have been standing where Sam was, his photo does a better job of capturing everything.

OMG these may have been taken at the exact same time! Yeah i wish i saw it while we where there too i would have come over and said hi

We did have a great time over there, we definitely made the most of it.
Planning to contribute a lot more to the online community going foward, one of my key learnings from my first InstCon this year is how supportive and valuable the community is