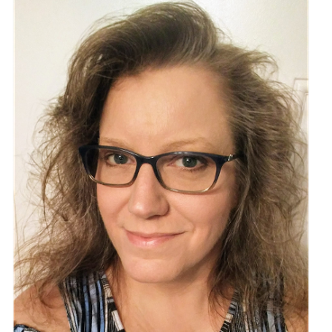 Re: Posting grades for just one student

by dmg34 in Canvas Question Forum
1 Kudo
1 Kudo
I agree that this isn't helpful, when several students have muted scores and I want to unmute just ONE of them. Apparently that is not possible. ... View more

by dmg34 in Canvas Question Forum
1 Kudo
1 Kudo
Very disappointing that yet another task that should be simple is so difficult. I tried the "import" suggestion, and while it works - sort of - even that is not behaving as expected. I had one rubric, imported it, and renamed/edited it. Now I want several copies of both of these 2 rubrics. Silly me, thinking I could import both, then re-import all 4, then re-import all 8. Whenever I now try to import MULTIPLE rubrics, it is only duplicating the FIRST one again. I have to separately, individually, re-import the 2nd one to get a copy of it. So I guess if I want 20 or so rubrics when all is said and done, I have import each one separately. ... View more

by dmg34 in Canvas Question Forum
I came here suspecting this was the answer but hoping I was just missing something. This is really disappointing. I have 31 assignments selected that fell after spring break up until what will equate to Thanksgiving week that all have to be moved back 1 week. This should be as trivial as moving forward. ... View more

Re: Stop Canvas Modules from Auto-Publishing All C...

by dmg34 in Idea Conversations
I just found and upvoted this idea, was reading some replies, and only then realized that this idea was posted over 2 years ago. What could POSSIBLY be the upside to NOT fixing this?? As others noted, if I have an assignment/page/quiz/other content in a module marked as UNPUBLISHED, then I want it UNPUBLISHED. I publish a module and then gradually publish content in the module as I am ready for it to be visible. I can't tell you how many times I've published the module and then frantically had to click through and unpublish all of the newly-published content. It is very NOT-user-friendly. ... View more

by dmg34 in Idea Conversations
When importing LTI assignments (in particular, from MyOpenMath - but I assume this behavior is the same for other external tools), they default assignment setting is set to "Display grade as points". The only way to change this to "Display as percent" (or some other setting that might be desired) is to click through the setting on each assignments, one by one. Depending on the number of assignments at issue, this ranges from annoying to unduly burdensome to completely impractical. There should be a way to change this setting in bulk. ... View more
Labels

by dmg34 in Idea Conversations
Yes! I find it absurd that this isn't possible. It should also be possible via a gradebook export/import. I thought that would work, but importing a CSV, even though it has a row for "points possible", does not allow an edit to the points possible. ... View more

Bulk change to have LTI assignments "display as pe...

by dmg34 in Canvas Question Forum
Is there as easier than 1-at-a-time way to change several assignments (a) to "display as percent", and (b) the point values for the assignments? DETAILS: I use MyOpenMath LTI. When the assignments are imported to Canvas, they are automatically set to be worth the number of points in the assignment, and also set to "display as points". I can change both of these on individual assignments by editing the assignment settings, but I am wondering if there is an easier/mass-change approach to either or both of these settings. I HOPED that I could change the point values of assignments by exporting the gradebook, changing the "Points Possible" column in the export file, and then re-importing, but I tested and that does NOT work. Any help would be appreciated! ... View more
Labels

Re: How can student view score as % on an individu...

by dmg34 in Canvas Question Forum
1 Kudo
1 Kudo
Ahhhhh..... thank you! I feel so dumb to have not tried this (I changed it in the gradebook view, but not on the assignment settings). These are all LTI assignments, so now I'm kicking myself that I didn't set them up this way, but at least I know how to fix them. I tried it on the first view and it worked like a charm! Thanks so much! ... View more

How can student view score as % on an individual a...

by dmg34 in Canvas Question Forum
I am allowing students to reassess problems after an exam, but I want a prerequisite to be eligible to do so that they have completed the associated homework section assignment with at least a 70%. However, it appears that there is no way to display individual assignment scores to students as a percent score, only "14 of 16" points. I tried changing the gradebook view for myself to percent instead of points, but in student view it still only shows points. Is there no way for a student to see their score on an individual assignment as a percentage? ... View more

Re: Can I move questions from an OLD (un-editable)...

by dmg34 in Canvas Question Forum
Thanks you! The export worked! Although at first I didn't think it had. Oddly, it did not put the questions into the bank I told it to, lol, but made a new bank with the same name as the name of the quiz. But that's fine, I'll just rename it! We are regularly warned that older courses will be "archived" unless we opt out, so I guess that's the term our IT uses for "restricting access after a certain date". Whatever name it goes by, lol, the result if the same. The QTI export/import was way easier than trying to reach the right person at IT, lol!   ... View more

Can I move questions from an OLD (un-editable) Que...

by dmg34 in Canvas Question Forum
This seems weird and VERY frustrating (as are most things associated with Canvas quizzes). We still have only old quizzes, if that matters. I have a bank of 23 questions that I made some time ago, and I can view and pull questions from the bank (it is bookmarked), but I can NOT edit the bank or access the course it was in (I believe it was archived).   So now I would really like to have these questions in a new question bank in a current course. I was able to add them all to a quiz, which I thought would put them into "unfiled questions", but it did NOT. (I'm guessing because they already live in a question bank??). I tried to use "import" to see if I could import the question bank to my course, but the COURSE does not even show up as a course I can import from. So I can USE the questions in a quiz, and I can edit them IN THAT QUIZ, but I can not seem to find a way to get them into a NEW question bank. <sigh> Any ideas? ... View more

by dmg34 in Canvas Question Forum
1 Kudo
1 Kudo
I'm creating a multiple answers questions (old quizzes). I want the answer choices in a particular order, e.g., I won't be randomizing. I added a choice at the end but I want to move it up the list, and it does not appear that there is any way to do so....?? Surely I'm missing something! Do I actually have to delete and then re-enter all of the in-between answer to get this new option where I want it in the list? ... View more
Labels
Community Statistics