Why is Google Doc formatting now showing correctly in the Speedgrader?

Students uploaded research papers from Google Drive to a Canvas assignment.  When previewing in the Speedgrader, some formatting is not showing up correctly.  For example, the first paragraph is beginning at the bottom of the title page instead of on the second page (for most students) and hanging indents in the works cited aren't showing as indented.  Is this a common problem with viewing Google Docs in the Speedgrader?

When I check the revision history of the Google Doc and compare it to the upload time, the inconsistency is there.  It's not that the doc was changed or corrected after the assignment submission.  Any suggestions? 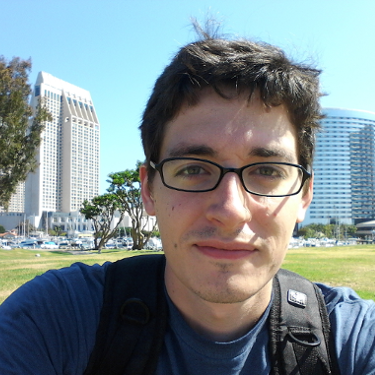 Is it a live document? Or is it a PDF of the doc?

If you submit with the Google Drive tab, it converts the doc to a PDF before submitting, which can mess up formatting. It might be better to have students submit a link to a shared document because that will embed the doc in SpeedGrader as if you had opened it directly in Drive.

If you download the Works Cited directly from Google Docs, the document will be in a PDF format the has the hanging indent correct.  I believe the problem lies within Speedgrader.  It would be very beneficial if Canvas would make this fix a priority.  Thank you.

Rather than address your question, I'm going to look at the root cause. It won't directly answer the question, but it will provide instruction about how to reduce the frustration by it. I am not basing this off testing I've done with Google Docs and SpeedGrader, so there may very well be an issue there, but what you're describing sounds like something else to me.

The first paragraph being at the bottom of the title page is because your students are not creating the document correctly. You should not hit enter a bunch of times to create a new page. Instead hit Ctrl-Enter (the same thing works in Word).

If the student doesn't know how to force a page break, they may not know how to do a hanging indent either. Some of the more popular citation tools simulate it by inserting 5 spaces. If the font size changes or the margin changes or the font isn't supported, then those five spaces may move from the beginning of one line to the end of another.

Not knowing the proper way to create a document is a very common problem.

As to why it's different now than before, I cannot say. It just appears that it was done incorrectly in the first place, so it might actually be fixed now when it was broken before. It's hard to tell. Maybe someone else can address the combination of the two.

One thing I would do is open it in Word and see if it looks right there. Even that's not a guarantee as you might have the font loaded on the local machine that Canvas is forced to do a substitution for.

Thanks for the ideas.  I don't know that the font would be the issue because they used Times New Roman which seems about as universal as you can get - although I'm not a font expert:)

The hanging indent v spaces and page break v enter make sense.  I tried testing it to replicate the problem and no luck, but I'll try again.

I am having this same issue and it is not because students do not know how to format the document. They are using a template document I provided for them which looks correct when I open the link from Canvas. When they show me their files in Google Docs or in Word, the formatting is correct with page breaks and hanging indents. When they upload the file to Canvas, the page breaks are ignored and the hanging indent is shifted to a left indent set at .5 a right indent set at .1 and a points after setting of 7.5, none of which are in the template document I provided for them to use.

I have screen shots of the reference page from the original file which I had the student email to me. The hanging indent is correctly formatted and nothing is messed up:

Our rubric requires me to grade on APA formatting, but if Canvas is changing the formatting of documents, how can I accurately grade students' work?

This is the exact problem that we are having too, mainly on citations!

No, the question has not been answered.

I am having the exact same issue. Incredibly frustrating when grading students on formatting of a research paper and the works cited formatting is part of their grade. They have perfect formatting on their document but it uploads exactly as previously shown above. This needs to be corrected.

I have the exact same problem, and I really need a solution as I also teach a class that is heavily based on students using proper structure..  To be clear, the students format their papers correctly.  It is something about the transfer from GoogleDocs to Canvas that is the issue.  And, it is about half of the papers submitted to me.

Having the same issue.  Its most evident in the citations when uploaded from Google Drive.

In my testing, (and I think someone mentioned it previously) to definitely preserve the formatting, you might need to download the google doc as a pdf, and then have students submit the pdf. This is what Canvas has today me in regard to this issue.

I understand you are seeing a format change when submitting a file to Canvas SpeedGrader preview. Since this issue is not consistent within Canvas with Google Docs this must be an issue being caused by Google Drive. Canvas specifically does not have the functionality to alter or edit formatting in documents, let alone alter documents at all. As such, we believe you would need to contact Google to find out what is happening when they send the data to our servers, as we don't really have much control or access to that portion, we just give them a portal to have their tool work.