Create an emoji button in the comment section of Speedgrader

Create an emoji button in the comment section of Speedgrader

173 Kudos
Status: Open for Conversation Submitted by dtheriault on ‎09-03-2015 01:45 PM
(1)
Okay, I know it's going to get buried down here on the bottom, and it might be really silly BUT, I've mentioned this to a few other like minded teachers and they've all liked the idea.

In the far right part of the Speedgrader where you leave comments,

I want a little button next to the audio/video choice that if clicked would show: Emojis!

Think of how much typing you would save if you could just click and insert one or more than one of these bad boys/girls in a comment. It would also add the element of fun to something (feedback) that can feel stressful.

Not only that but, sociology professor Ben Agger at the University of Texas at Arlington, "says that the growth of emoticons says a lot about how we’re otherwise limited when communicating . “Emoticons bring the nuances of face-to-face or voice-to-voice interaction, those nuances and subtleties which are necessarily lacking when you’re interacting by way of the screen,” he says. “They attempt to make up for that alienation.”"

From the same BBC article "researchers are aware of emoticons’ social significance, and [they] have begun to investigate exactly how they can influence us during conversations. For example, one recent study found that using smiley face emoticons when delivering negative feedback to employees improved the chances of that feedback being accepted, so long as the feedback itself was specific. Other research found that students could be made more willing to participate in  classes when emoticons were used in  discussion groups.

dtheriault​ thank you for turning this into a new feature idea. I personally agree and think this could be a fun tool for adding flair to the grading process. Your idea will go up for voting on October 7th 😉 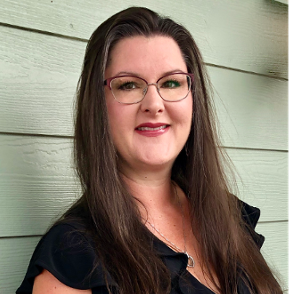 I have had a request from an instructor to add emojis in discussions too.  I think it would be a great addition.

I would love to have emojis in ALL places where a "reply" or "comment" can be made. Assignments, discussions, announcements, etc. My students say they would be more engaged if there were emojis, and I would most definitely use them as the teacher.

Since rich text isn't available in the comment area of the SpeedGrader, I'd be happy with a simple conversion resulting from a keyboard shortcut (like typing 🙂 to generate a little smiley).

Here's a link to the Article on BBC. I think there is a problem with the ones in the original post

This is yet again another great idea, Dave! You got my vote!

You got my vote Mr. T. This would be awesome