Please add the ability to assign point ranges within a rubric rating. I came from Blackboard which supported this feature and it was very useful in distinguishing levels of proficiency.

dcollier@lindenwood.edu​, similar feature ideas, such as and were put before the Community for consideration in previous voting cycles, but in each case failed to receive enough votes to move forward to the next stage. As opinions and priorities among Canvas users change, your newly-submitted idea might gain more popularity this time around, and I would expect it to be moved forward for consideration in the next voting period.

For what it's worth, I'll vote for it when it opens. I currently employ a workaround in which I make each rubric worth 100 points, and put point values on my rows commensurate with the relative importance of that particular criterion. Within the cells, I show the ranges for each cell in the text of the cell itself. Last, although I've been using the "Use this rubric for grading" setting on my rubrics for many years, a kind member of the Community advised me not to do so; that way, I can click on each of the cells and then use the Grade field at the top to fudge the score relative to the number of points I actually want to assign for each cell and row.

It's easier than it sounds. Nevertheless, I would love to see Canvas rubrics support point ranges.

Thank you for your Feature Idea submission. We wanted to call your attention to the feature ideas that Stefanie just referred you to: and   which were submitted in a different voting period, but archived due to lack of votes or inadequate response. You may want to reference this idea for insight.

I’m brand new to canvas. Is there a chance you could screenshot your rubric and send it to me?

Thanks for your feedback and your vote.

Sure, dcollier@lindenwood.edu​! I tinker with my rubrics all the time, so I'll provide two different iterations for your consideration.

The only aspect of Canvas that concerned me was the rubric feature.  I need the point-range feature, so I'm all for Stephanie's idea.  I also like the sliding range previously suggested. 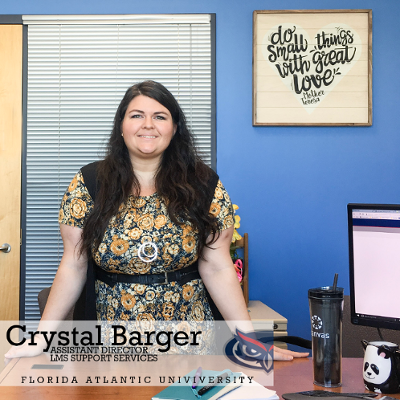 I know many of our instructors would like to see this feature implemented. We are coming from another LMS that had this ability. It allowed the instructors the flexibility that they needed as well as the structure that the rubric provided.

I have received similar feedback from a few faculty, and definitely see the value of this feature.

Thinking of Speed Grader, will the instructor need to type in the points for each rating?

Will clicking on a rating default to the highest point value in the range?  Or the lowest?  Middle?

I'm interested to see how the range is implemented.

This is an incredibly interesting feature for me, because, as I mentioned upthread, I already use a workaround to incorporate point ranges into my rubrics and assignment grading. So speaking strictly from the standpoint of how I'm currently using it, I'd be happy if I could type in a value that falls within a range and have the rubric highlight the appropriate cell. I have used a different LMS--some of the contributors to this thread have probably used the same one--where teachers have to select the correct number of points from a dropdown in each cell (and that only after designing the rubric to specifically allow for that). I suspect implementation of that design would take a lot of the "speed" out of SpeedGrader.

I love the way the rubric works in Canvas currently and am for implementing the suggested change unless it takes away speed or restricts me from what I am currently doing. I currently use the rubric feature to grade each question on a statistics assignment with each question worth a certain number of points. I click the points they earned for each question and save, give feedback and am on to the next submission.

I have not used rubrics in any other LMS so I cannot imagine anything other than these two.