306 Kudos
Status: Open for Conversation Submitted by john_williamson on ‎03-02-2016 07:05 AM
Before the interface changed (At the beginning of the school year) a student's name would appear at the top of the screen.  This was a nice easy way to identify a student if you were standing behind them in class.  Would it be possible to add their name under their profile picture?
(1)
Tags (8)
Share
44 Comments

Thank you for your submission, john.williamson@gactc.edu​. Can you help us with some more context by clarifying where in Canvas you are referencing? Where are you no longer seeing the Student Name?

Looking forward to your feedback.

In the new UI the students name does not appear anywhere on the screen when they are logged into Canvas. If they submit something their name shows up, but you don't know who is logged into Canvas from any of the main screens. In the past the person logged in had their name at the top of the page.

Side nore, I know there is already a FI for this but I'm on my phone and can't find it right now.

In the old UI, the user's name appeared in the top right menu bar from most everywhere in Canvas except the Grade Book and Speedgrader as shown in the image below.............

In the old interface you were able to see the student's name at the top of the screen when they were working on their assignments.  In the new interface this is no longer available.  It would be nice if the student's name would appear below  their account picture.   See below in Kelley's post.

I found this archive Feature Idea that speaks to adding student names to the Dashboard Course Cards, but I think that is intended for K-12 parent observers: Still might be worth checking out @

Since archived ideas can be re-submission, your idea will be open for vote in the next voting cycle (April 6, 2016).

This is a need for our online offerings for proctors identifying students to their IDs and Canvas accounts. Also, when we use our monitoring system, it assists in connecting the right students for entering access codes.

This idea has moved to the voting stage.  Unfortunately so far is hasn't received much support.  Please feel free to spread the word.  A link below is provided 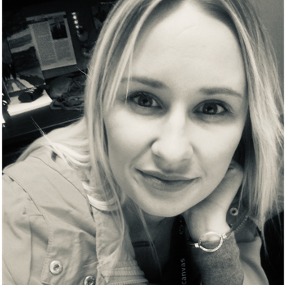 Would it be possible for you to help us tackle this issue? It is a need for our online offerings for proctors identifying students to their IDs and Canvas accounts. Any information would be greatly appreciated.

The name used to be in the top, right corner. It would be great to have it there in the new UI!!